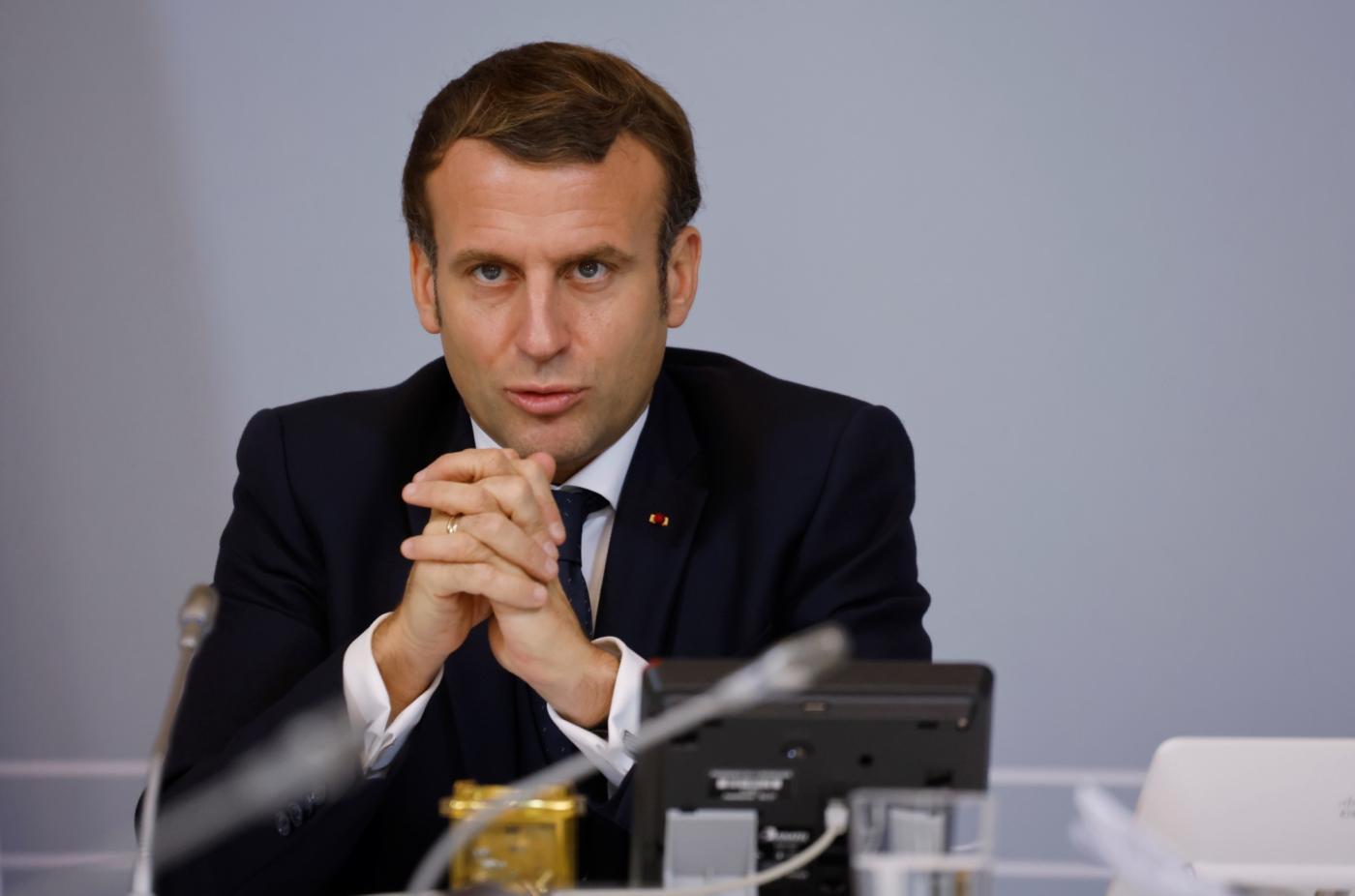 More than a week after the gruesome murder of French teacher Samuel Paty by a Chechen refugee, France remains gripped by shock, hatred and despair. The terrorist attack, which followed Paty’s decision to show the controversial Charlie Hebdo caricatures of Prophet Muhammad (SAWW) in class, has intensified anti-Muslim sentiments.

Once again, France’s Muslim citizens find themselves at the heart of a debate that holds their religion and its symbols in contempt and smears and vilifies them in the political sphere, mainstream media and social media networks. And once again the ruling elite and a large part of the French society are in denial about the true roots of radicalisation.

But this time around, it seems the head of state is particularly intent on fanning the flames of Islamophobia. President Emmanuel Macron feels his electorate is abandoning him and thinks the only thing he that can save his political career is taking a page out of the far right’s playbook.

It is worth pointing out that the attack comes as France is suffering from a long-term social crisis that has been made worse by the failed policies of Macron’s government. Popular anger has reached the boiling point and manifested itself in street protests. In the spring of 2018, major public sector strikes took place followed by the Gilets Jaunes (yellow vests) protests in fall.

Then throughout 2019, there were major demonstrations against pension reforms, fuel-price hikes, police violence, and unemployment. The year ended with one of the longest public transportation strikes in French history, which paralyzed the country.

This upheaval brought Macron’s ratings from approximately 60 percent when he was elected in May 2017 to 23 percent in December 2018. Before the pandemic mobilized French society earlier this year, the French president had the approval of about 33 percent of the people.

The slight gains Macron made at the beginning of the COVID-19 crisis did not help his party in the June municipal elections, where it suffered a crushing defeat by the Greens movement in a number of large French cities.

The presidential election is scheduled for April 2022, and the French president is seemingly running out of time to come up with something that can help secure his re-election. His latest desperate attempt at gaining political ground – specifically at the expense of the far-right – seems to be his decision to come after the Muslim community in France. He knows that anything that has to do with attacking Muslims galvanizes the supporters of the far-right and its racist and anti-Muslim agenda, as well as perhaps a good segment of the French left.

Thus, in early October, Macron made a special address to the nation in which he insisted that Islam “is in crisis” and that he was going to “liberate” it from foreign influences.

When the murder of Paty took place less than two weeks later, the French president was quick to seize the moment and declare he was going to take action to eradicate “Islamist extremism” in France.

In the aftermath of the attack, Macron and his government launched a crackdown on Muslim civil society – or what they called “extremists”. Among the measures they took were “several dozen concrete actions … against organizations, associations or individuals who carry a project of radical Islamism”.

As a result, more than 50 charities – including the Collective Against Islamophobia in France (CCIF), a mainstream organisation that combats Islamophobia – dubbed by Minister of the Interior Gerald Darmanin as “enemies of the Republic”, may face dissolution.

Throughout the process, Macron and his government have kept up their Islamophobic rhetoric, setting the tone for the public debate on the terror attack.

Thus a chorus of media pundits and politicians across the political spectrum have apparently united in the conviction that the French “values” are under threat and that the general population needs to mobilize for a fight. “It is wartime!” declared one magazine on its front cover. “To arms, citizens” tweeted MP Meyer Habib, deputy chairman of the Foreign Affairs Committee at the National Assembly, using a phrase from the French national anthem.

The “weapons” some suggested should be used in this “war” include the rescinding of citizenship, obligation to adopt French first names, the reinstatement of the death penalty, etc.

This belligerent rhetoric did not spare public figures who have come out in defence of the French Muslim community. In a TV debate, writer Pascal Bruckner accused journalist Rokhaya Diallo, whom he identified as a “Black Muslim woman” of having, through her words “led to the death of Charlie Hebdo’s 12 cartoonists”.

Jean-Luc Mélenchon, head of the France Insoumise (Unbowed France) party, has also faced a smear campaign since he has been warning against the stigmatisation of Muslims. He has been accused by the political establishment of being an Islamo-leftist in an attempt to undermine the Left by associating it with “Islamism”, which has a very negative connotation in the minds of the French majority.

Coincidentally or not, Mélenchon had emerged as a potential challenger to Macron in the next presidential election. If this character assassination campaign against him succeeds, Macron may have an easier time securing re-election.

Amid this cacophony of Islamophobia and electoral scheming, the crux of the matter has not really been addressed.

For well over two decades, the French state has been moving in a vicious circle in its relationship with its Muslim citizens.

The state still does not acknowledge the fact that Islam is a religion of France, that it is not wise to systematically remind or refer to French Muslims by their racial or geographic origins, and that French Muslim issues are inherently French issues.

The state does not want to recognise the fact that there is no empir- ical evidence to suggest that religion is a primary motivator for violent extremism and that radicalisation is a social phenomenon.

It continues to use terrorist incidents as a distraction from its own failed policies towards French Muslim citizens which have led to the marginalisation and alienation of an entire community.

The state has done little to address job and housing discrimination, police brutality, poverty and everyday racism and yet it accuses the French Muslim community of failing to “integrate” or even of “separatism”.

It has relied on a security-centred approach in which Islam has been systematically perceived as an evil that society should confront, and Muslims as a threat to the way of life and to funda- mental rights, such as freedom of expression.

For the majority of Muslims, the most blatant bias is that when it comes to criticising or mocking Islam and its symbols, the estab- lishment’s definition of freedom of expression is universal, absolute and indisputable. While insisting that Muslims embrace criticism and mockery of what is sacred to them, it has very little tolerance for criticism of Israel, Israeli policies and Zionism.

If anything, it appears that it is the state rather than the Muslim citizens that is “separating” itself from a segment of society and is insisting on treating them as outsiders. It clearly does not want to acknowledge that multiculturalism is an integral part of French society and should be embraced as such.

Unfortunately, as long as the French state considers its Muslim citizens a “fifth column” and excludes them from its battle against extremism; and as long as the political establishment uses heinous terror attacks to make political gains ahead of elections, we will continue to be light years away from the Republic’s core principles of social cohesion, civil peace and dialogue.