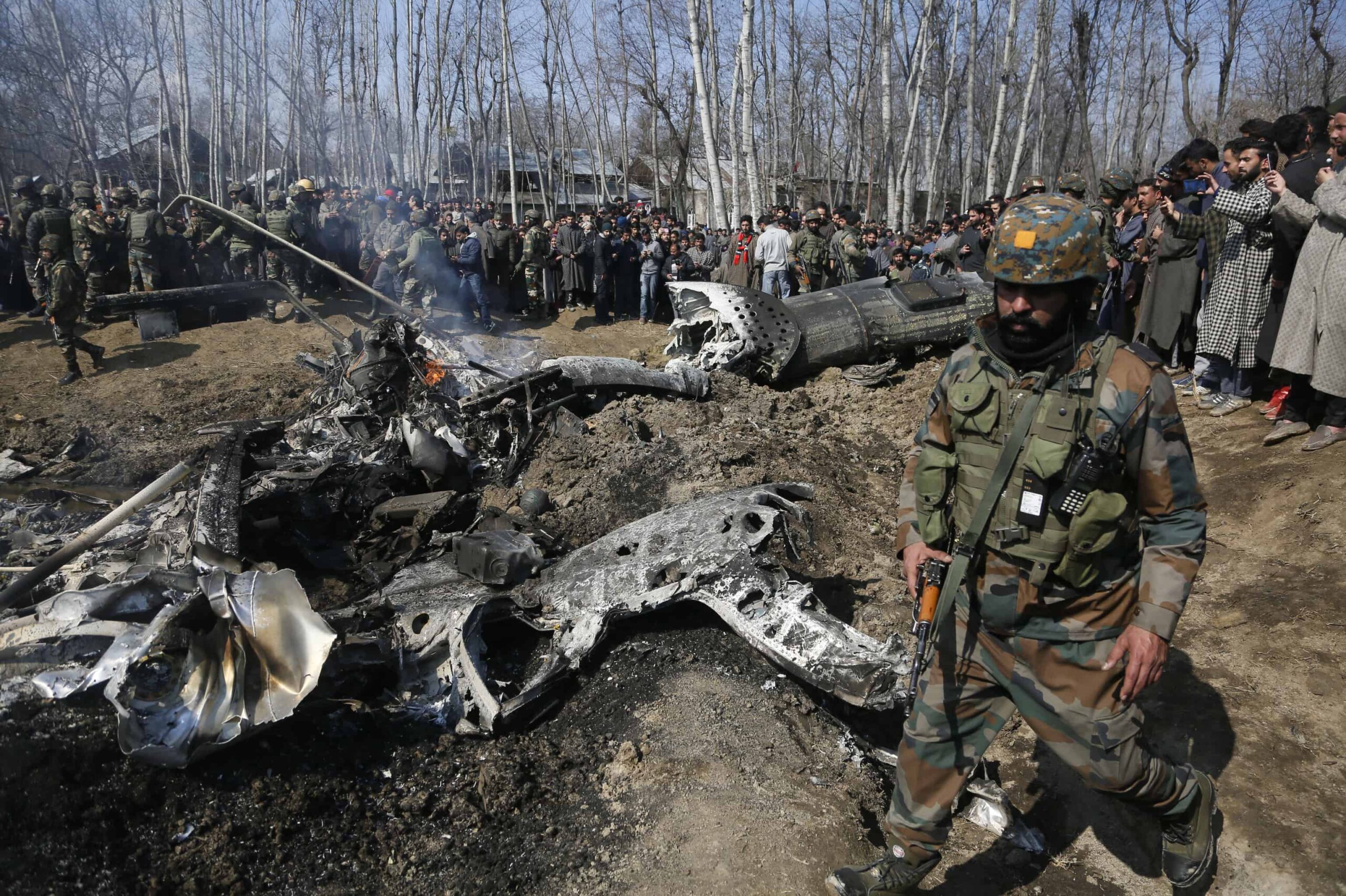 Thousands of people have died as a result of shelling and firing at the Line of Control (LoC) and any hope that this situation will end is fading with every passing day. The tragedy of the LoC can be felt from a recent incident.

Raja Shafqat Aman, who is a resident of Neelum Valley, says,

“During the shelling on July 22, Ibrahim Khalil, an 11-year-old boy, was badly injured in the stomach by a shell while playing in the courtyard of his house in Falakan village in Neelum Valley. The shelling was so intense that none of the neighbors could help him for two hours. During this time the child could not be taken to the medical center and the bleeding could not be stopped. Two hours later, when the shelling subsided, he was taken to a nearby military medical center, called MDS. After first aid the child was shifted to Muzaffarabad where he is still in a life and death struggle.”

Residents of Azad Jammu & Kashmir (AJ&K) are affected by this division in multifarious ways and those who live along the LoC are the direct victims of the Kashmir issue.

“There is a Pakistan Army Medical Center in Neelum Valley that provides first aid to those who are wounded during shelling along with a district hospital. However, the district hospital is right in front of the Indian Army check posts.”

When the firing and shelling starts and the first shell lands near the hospital the staff leave the premises to save their lives. He said there was no place in the hospital that could be considered safe during the shelling. The government has not even built a bunker for the hospital staff.

The general opinion regarding AJ&K is that this region is not affected by the Kashmir issue, however, this is based on false assumptions.

According to Mr. Aman, if a person is seriously injured and the shelling does not stop, his death is certain. A large section of the Neelum Valley to Muzaffarabad highway is right in front of the Indian Army check posts. Traffic cannot ply during the shelling and it takes around three hours to reach Muzaffarabad from Neelum Valley. During this time, most of the injured people lose their lives.

The Editor-in-Chief of a newspaper, Zahid Tabassum, who migrated from the LoC 30 years ago and settled in Rawalpindi, says,

“When the militancy began in the Kashmir Valley, the firing on the LoC intensified.”

He said his house was on the LoC and it was destroyed during the shelling. This forced his family to leave their ancestral land and property and settle in Rawalpindi. Their native land is not cultivable due to the conditions at the LoC nor the houses in the area are habitable anymore. Landmines have now been laid there too.

This tragic story is not limited to one house or family; every other house at the LoC is affected by such incidents. This devastating situation has created humanitarian issues and destroyed the tourism and wildlife of AJ&K. Persistent fear, lack of health facilities, and the sorry state of education have assailed the residents with psychological and mental health problems. Moreover, during the firing incidents, the food items become ten times more expensive. In short, peaceful life at the LoC is just a delusion.

Geographically, AJ&K has six out of 10 districts and 14 out of 29 constituencies along the LoC. At present, there are 110,000 families living along the 742km long LoC. This population of about 600,000 is living in the shadow of constant fear and uncertainty.

According to official figures, about 1,100 locals in AJ&K have lost their lives as a result of the firing. According to local sources, the number of deaths is much higher while the number of injured people is in the thousands.

In 2016, the Federal Government had allocated a budget of Rs 5 billion for the construction of security bunkers for the population living along the LoC for use during firing. However, even after four years, the bunkers that were expected to bring some relief to the local population are nowhere to be seen. The fact is that these firing incidents affect the population on both sides of the LoC.

“If firing takes place in sectors of the LoC in Poonch Division, the people become trapped in their homes.”

In case of firing anywhere in the Poonch Division, the injured have to be brought to Kotli or Rawalakot for treatment after first aid and if anyone is seriously injured, they lose their lives during the journey that takes more than two hours.

Haseeb said that Indian Army check posts are high in the area while Pakistani Army check posts are located among the populated areas. When tensions rise, the Indian Army first targets the schools at the front and fires at the civilian population. Under the pretext of firing, the schools remain closed for months and people are bound in their homes. They can’t even go to the springs to fetch drinking water because the Indian forces target them as soon as they see any movement. Markets are closed during shelling and people cannot drive on the roads, leading to food shortages and multiplication of prices.

“If someone is injured, they are transported in the dark of the night with the car lights turned off to Rawalakot as there is no facility available at the health center other than first aid,”

said Chaudhry. He said that due to shelling, it is not possible to do any kind of cultivation in these areas and even if seeds are sown, the shelling destroys the crops.

When will this situation change and there will be peace and tranquility at the LoC? It remains an open question.