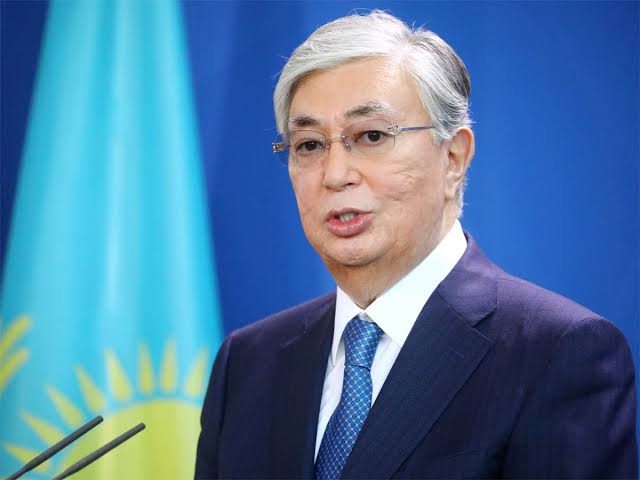 Kazakhstan President Kassym-Jomart Tokayev has ordered his security forces to “fire without warning” as violent anti-government protests rage on.

Mr Tokayev dismissed calls to hold talks with protesters as “nonsense”, saying: “What kind of talks can we hold with criminals and murderers?”

“We had to deal with armed and well-prepared bandits, local as well as foreign. More precisely, with terrorists. So, we have to destroy them, this will be done soon,” he said, during a televised address.

Russia has already sent peacekeeping forces on a temporary basis on President Tokayev’s request to ensure the safety and security of the cities. There are 2,500 soldiers in the Russian-led Collective Security Treaty Organisation (CSTO) for which Mr Tokayev gave “special thanks” to Russian President Vladimir Putin for sending troops to the former Soviet nation.

The violent protests against the Kazakh government erupted on Sunday as the fuel prices doubled. Liquefied petroleum gas (LPG) is what most people in Kazakhstan use to run their vehicles.

Even though the country is significantly rich, with the GDP per capita at per with any developed country, the recent price surges has led to inflation displeasing the masses.

In order to quell the protests, the government said that fuel price caps will be restored for six months. But the announcement has failed to end the protests, which have broadened to include other political grievances.

Earlier, on Thursday, ugly violence erupted once again in Almaty, which is Kazakhstan’s largest city as Russia sent its paratroopers to quell an uprising in one of Moscow’s closest former Soviet allies.

Police have killed dozens of protesters in Almaty to discourage violence. At least 18 members of the security forces have lost their lives, including two found decapitated while over 2,000 protesters have been arrested.

Burned-out vehicles littered Almaty’s streets, several government buildings were in ruins and bullet casings were strewn over the grounds of the presidential residence, which was stormed and looted by protesters on Wednesday.

“I didn’t know our people could be so terrifying,” Samal, a 29-year-old nursery-school teacher, told international media.

Eye-witnesses said the military personnel have regained control of the main airport, which was seized by protesters. Thursday evening saw renewed battles in Almaty’s main square, occupied alternately by troops and hundreds of protesters.

The Russian deployment was a gamble by the Kremlin that rapid military force could secure its interests in the oil and uranium-producing Central Asian nation.

Media reports have reported explosions and gunfire as military vehicles and dozens of soldiers advanced in Almaty, although the shooting stopped again after nightfall.

Security forces had cleared demonstrators from the central square and other key government buildings, but incidents of clashes and gunfire were reported in other parts of the city.

Meanwhile, throughout the country the internet service was suspended, making it impossible to gauge the extent of the unrest. Nonetheless, the violence was unprecedented in a state ruled firmly since Soviet times by leader Nursultan Nazarbayev.