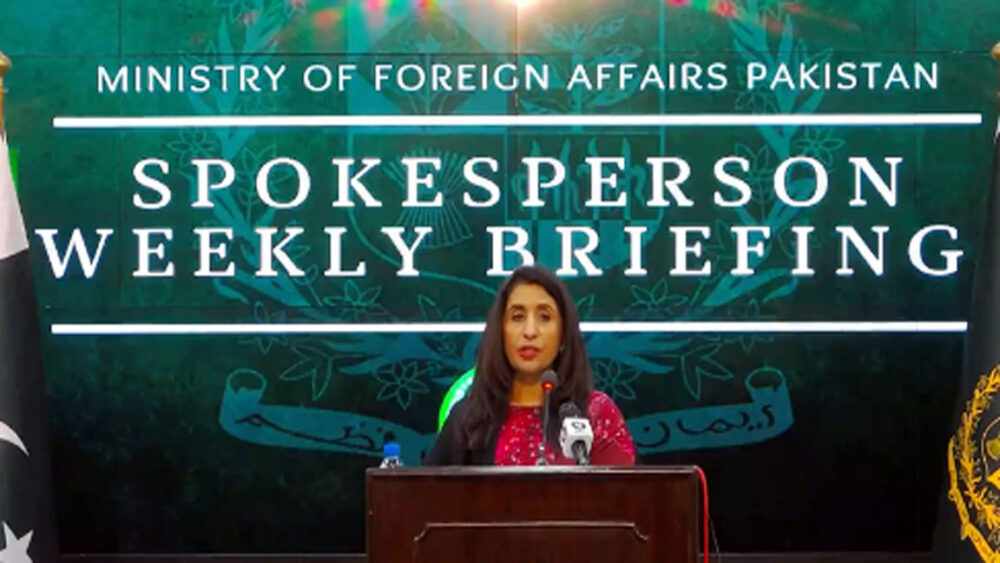 Islamabad: The Foreign Office on Thursday said Afghanistan’s de facto government has renewed its commitment to rein in cross-border terrorism and hoped that the Taliban administration would live up to its pledge. FO spokesperson Mumtaz Zahra Baloch said this at the weekly media briefing.

She added, “We have received some assurances and have held some important consultations with the Afghan authorities. We hope that the Afghan interim government will fulfil the commitments it has made to Pakistan in terms of security.”

The remarks come in response to media questions related to recent terrorism incidents in the country. The incidents are believed to have been planned and directed by the outlawed Tehreek-i-Taliban Pakistan (TTP) leaders based in Afghanistan, including the Counter-Terrorism Department’s interrogation facility in Bannu.

“We have certain mechani­sms with Afghanistan in which we engage to discuss these iss­ues. We will continue to engage with them to ensure that the Afg­han authorities fulfil their commitments made to Pakistan. And that Afghan territory will not be used to des­t­a­bilize or threaten Pakistan’s security,”

Bannu stand-off underscored Pakistan’s resurgent terrorism problem. The TTP, which has ideological linkages with the Afghan Taliban, has executed around 115 attacks so far this year. Most of the attacks happened after August this year when the group’s peace talks with the Pakistan government began to falter. TTP formally ended the ceasefire d last month.

Islamabad had been pressing successive governments in Kabul to take action against the TTP and other militants based in Afghanistan. While the previous governments turned a deaf ear to Pakistani pleadings, the Afghan Taliban persuaded Islamabad to hold peace talks with the militants.

The peace talks that began last year broke down twice with nothing substantive achieved by Pakistan. But it helped the TTP secure release of some of its detained leaders. This also allowed a large number of its Afghanistan-based fighters to relocate here.

TTP chief Noor Wali Mehsud’s message in the middle of hostage crisis in Bannu this week left little doubt that the group’s leaders were directing terrorist attacks from their hideouts in Afghanistan.

“I congratulate you for carrying out this sacred act. I instruct you not to surrender to these infidels and apostates under any circumstances,” Mehsud said while addressing the hostage takers in Bannu in an audio message, according to VOA.

The FO spokesperson pointed to engagement with international partners including Afghanistan on the issue of terrorism threat emanating from Afghanistan.

Pakistan’s other major concern is the recent border incidents involving Taliban forces. Ms Baloch, meanwhile, emphasized that despite these irritants Islamabad will remain engaged with the Taliban administration.