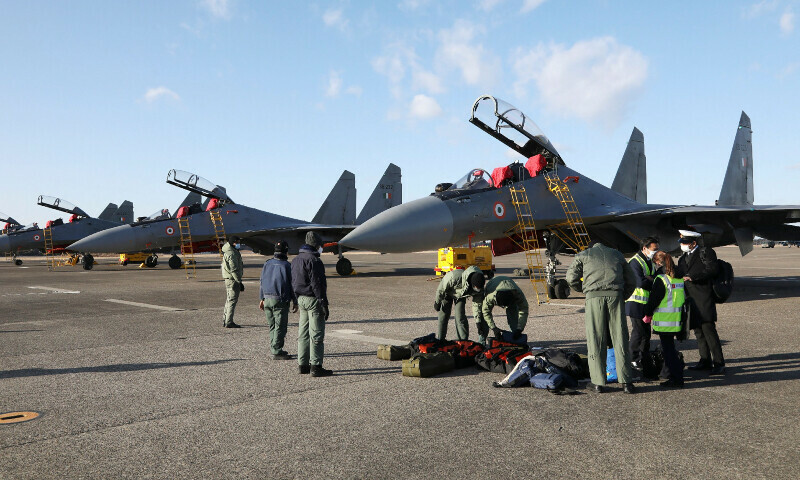 Tokyo: Japan’s defence ministry announced the beginning of 11-day joint exercises with India from today at Hyakuri Air Base, northeast of Tokyo. The joint fighter jet drill drill marks as the countries first ever military exercise.

Eight fighter jets from Japan and four fighter jets of India will make part of the exercises. The drill will also include two transport aircraft and an aerial refueling tanker. Almost 150 Indian Air Force personnel are taking part in the exercise.

The political analysts view the move as countries upgrading their defence and security ties with an eye on China’s growing military might.

The drill was agreed upon by the two countries during talks between Japanese and Indian defence and foreign ministers in 2019 but was delayed by the pandemic.

Japan and India — along with Australia and the United States — are part of the “Quad” alliance, a grouping of regional powers that is increasingly concerned about China’s military and economic influence.

Tokyo has held a string of joint military exercises in recent months, as well as overhauling its defence and security strategy and explicitly airing its concerns about China.

In December, Prime Minister Fumio Kishida’s government committed to doubling defence spending to two per cent of GDP by 2027 and dubbed China the “greatest strategic challenge ever” to Japan’s security.

Earlier, last week, Japan had inked a new defence deal with Britain and agreed to expand its mutual defence treaty with Washington to attacks in space.