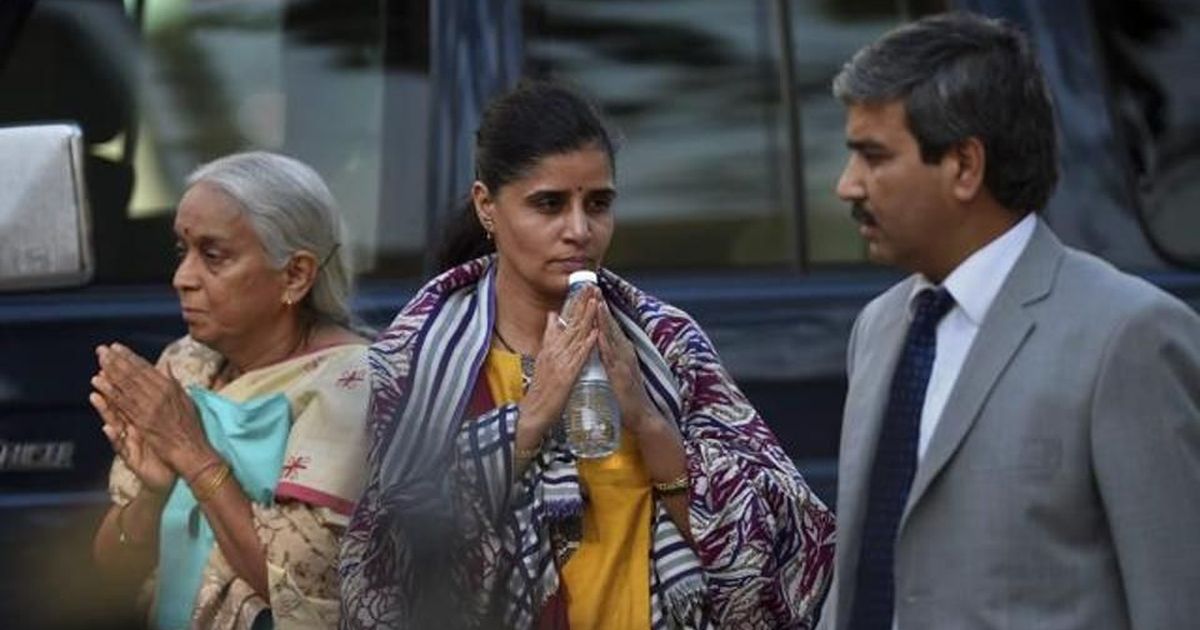 Kalbhoshan Jadev's mother and wife in Islamabad before a meeting with him.

ISLAMABAD: The Islamabad High Court (IHC) on Thursday asked the Ministry of Foreign Affairs to seek Indian response on the appointment of a lawyer for its spy naval commander Kulbhushan Jadhav in order to implement the directives of the International Court of Justice (ICJ).

An IHC larger bench headed by Chief Justice Athar Minallah resumed hearing of the case related to Jadhav and four other Indian prisoners who were under detention even after completion of their respective sentences.

Barrister Shahnawaz Noon, counsel for the Indian High Commission, requested the court to dispose of the case related to the four prisoners since after their release, the petition has become infructuous.

Regarding the query of the IHC for the appointment of the lawyer for Jadhav, Mr Noon replied that he was not authorised to make any statement in this matter. He, however, argued that the Pakistani court lacks jurisdiction to review the Jadhav case.

Chief Justice Minallah remarked that it was not a question of jurisdiction or immunity since the objective was to implement the ICJ’s directive.

The court then directed the officials of the foreign ministry to contact their Indian counterparts and apprise the court accordingly.

Further hearing in this matter has been adjourned till May 5.

Jadhav illegally entered Pakistan on March 3, 2016 and was arrested by the Pakistani authorities during the course of a counter-intelligence operation in Mashkel, Balochistan.

He confessed to his association with the Indian intelligence agency, Research and Analysis Wing, and involvement in espionage and terror activities in different parts of Balochistan and Sindh. He was awarded death sentence by a military court in April 2017. However, the Indian government approached the ICJ against the sentence.

The ICJ decision has highlighted the non-compliance of Article 36 of the Vienna Convention that defines a framework for consular relations between sovereign states.

The government of Pakistan, in order to meet its obligations regarding giving effect to the judgement of the ICJ has specifically promulgated an ordinance. The Indian government has termed this ordinance “illusion of remedy”, not a proper remedy.