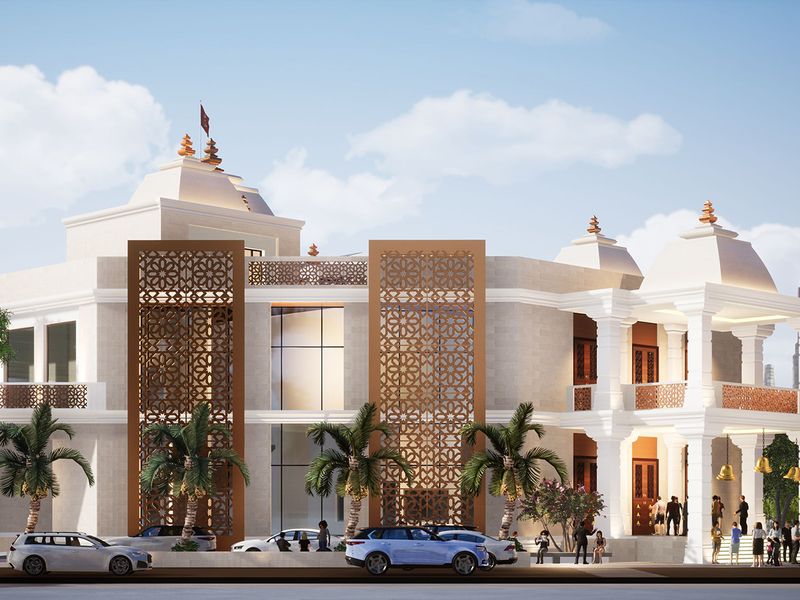 The United Arab Emirates’ first Hindu temple opened in Dubai on Oct 4. It will provide a place of worship and support network for the large Indian community in Dubai.

The white marble Temple with Indian and Emirati architectural flourishes in the Islamic country’s Jebel Ali port district, home to churches and a Sikh temple.

Thousands of South Asian workers live in labor camps nearby and they will be provided with special buses to visit the 2,300 square metre Hindu temple and its community centre.

The temple’s committee member Raju Shroff said it was the realisation of his father’s five-decade dream to open a temple in Dubai.

“I got involved in this project five years ago, but he’s been on it for five decades,” added Shroff.

The temple, with a distinctive lotus pattern decorating the central skylight, was built at a cost of about 60 million dirhams ($16 million) and can house 1,000 people at a time.

In view of high demand, visitors need to apply for a QR code online that they scan for entry. Indians are the UAE’s biggest expatriate community, making up about 35% of the population of 10 million.

When laborers face distress or special requirements, “they can reach out to us and we will reach out to the community at large,” Shroff said.