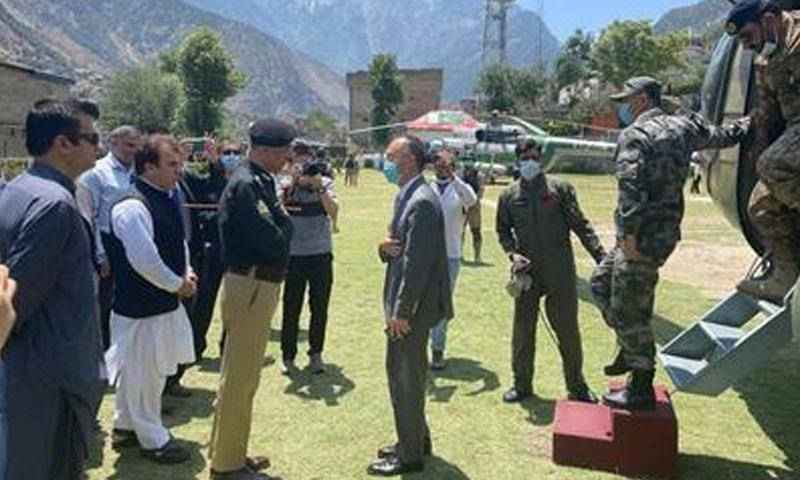 ISLAMABAD: Chinese Embassy in Islamabad has issued a set of guidelines urging the citizens of China, working in Pakistan, to take adequate security measures for their protection.

Embassy of China has issued these guidelines in the backdrop of investigation of terrorist attack on a bus carrying Chinese nationals working as Dasu Dam project in Balochistan.

According to statement of Embassy, on August 20, at the Gwadar East Bay Expressway project in Balochistan, Pakistan, a motorcade carrying Chinese personnel was attacked by a suicide bomber. One Chinese was injured, two local children were killed and several others were injured. After the incident, the Pakistani side sent the wounded to the hospital in Gwadar for treatment immediately.

The Chinese Embassy in Pakistan strongly condemns this act of terrorism, extends its sincere sympathies to the injured of both countries, and expresses its deep condolences to the innocent victims in Pakistan.

The Chinese Embassy in Pakistan launched the emergency plan immediately, demanding Pakistan to properly treat the wounded, conduct a thorough investigation on the attack, and severely punish the perpetrators. At the same time, relevant departments at all levels in Pakistan must take practical and effective measures to accelerate to implement strengthened whole-process security measures and upgraded security cooperation mechanism to ensure that similar incidents will not happen again.

In this article:Dasu bus attack, Embassy of China, security of Chinese in Pakistan