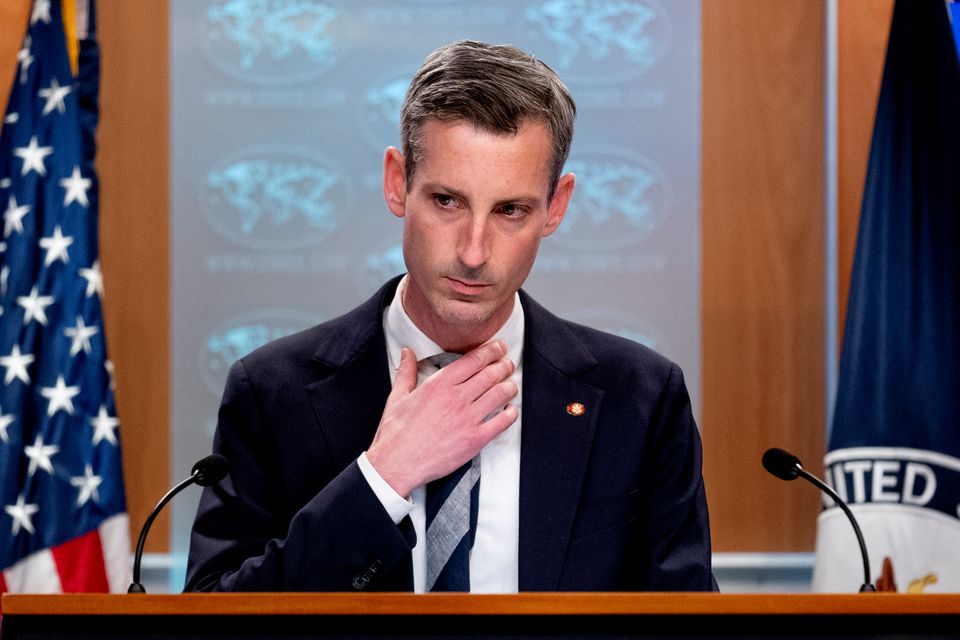 WASHINGTON: The United States has reiterated that Pakistan can purchase oil from Russia at a discounted price even though it has not signed a Washington-backed price-cap on Russian petroleum products.

“So, we have encouraged countries to take advantage of the concessions Washington has given to in buying oil from Russia. Even countries that have not signed on to the price cap, can acquire oil at a steep discount in some cases.” The US State Department’s spokesperson was speaking at a news briefing on Tuesday afternoon.

“Pakistan can also take advantage of the concessions Washington has”, said the State Department Spokesperson. While Islamabad has not yet signed the accord, mainly because Pakistan does not import oil from Russia.

The impact of The Russian Crude Price Cap

Price said, “the virtue of the price cap is that it allows energy markets to continue to be resourced. While deprive the Moscow of the revenue it would need to continue to fuel its brutal war against Ukraine,”

While Europe and the US are no longer importing Russian crude, the purchase would only affect third countries, like Pakistan.

The G7 and EU countries in December last had set a price cap of $60 per barrel on Russian oil. It was to prevent Moscow from using the revenues to finance its war against Ukraine.

Price said the US approach to the purchase of oil from Russia is laid out in the price-cap mechanism. He said it worked out with other countries around the world, including the G7.

“We have made the point that we have very intentionally not sanctioned Russian oil. Instead, it’s now subject to the price cap.” The US, he said, has been very clear that now was not the time to increase economic activity with Russia.

“But we understand the imperative of keeping global energy markets well resourced, well supplied, and the price-cap, we believe, provides a mechanism to do that,” he added.

Last week the Minister for Economic Affairs Ayaz Sadiq said that the two sides hope to sign an oil deal by late March. The deal will enabling Pakistan to buy Russian oil at discounted rates. He stated this at a joint news conference in Islamabad with Russia’s Energy Minister Nikolay Shulginov.

A joint statement issued after their talks said that the two sides reached an in principle agreement on the supply of Russian crude oil and oil products to Pakistan, with technical details to be finalized in March at the latest.

“We have decided that it would be a good idea for Pakistan to approach Gazprom and Novatek, two largest LNG-producing companies, in late 2023 to discuss the conditions” for buying LNG, the Russian minister said.

Market observers earlier this month warned Pakistan may face fuel shortages in the near future as importers struggle to secure dollars to close deals. The country’s foreign exchange reserves have dwindled to their lowest levels in almost nine years.

It is expected that the deal could ease the pressure.