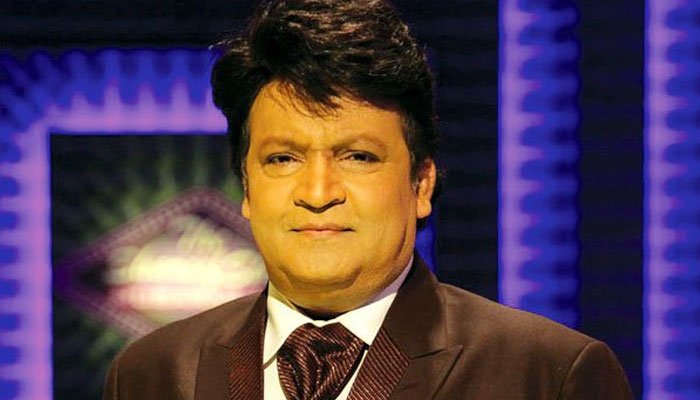 Legendary comedian Umer Sharif has passed away in Germany at the age of 66 years, after a prolonged illness.

Umer Sharif was being shifted to the United States through an air ambulance along with his wife Zareen Ghazal.

The air ambulance had to land in Germany after the health of the legendary comedian deteriorated. Germany had allowed the emergency landing on humanitarian grounds and extended the comedy king and his wife a 15-day visa.

Sharif was hospitalized in Berlin, where he breathed his last today. The wife of Umer Sharif confirmed the death.

Mohammad Umer, known professionally as Umer Sharif was born April 19, 1955. He was a Pakistani actor, comedian, director, producer and television personality. He was regarded as one of the greatest comedians in the sub-continent.

In 1974, Umer started his career in Karachi as a stage performer at the age of 14. He joined theatre, using the stage name Umer Zarif but later renamed that to Umer Sharif. Some of his extremely popular comedy stage plays were 1989’sBakra Qistoon Pe and Buddha Ghar Pe Ha.

In this article:Berlin, comedy king, passed away, Umer Sharif