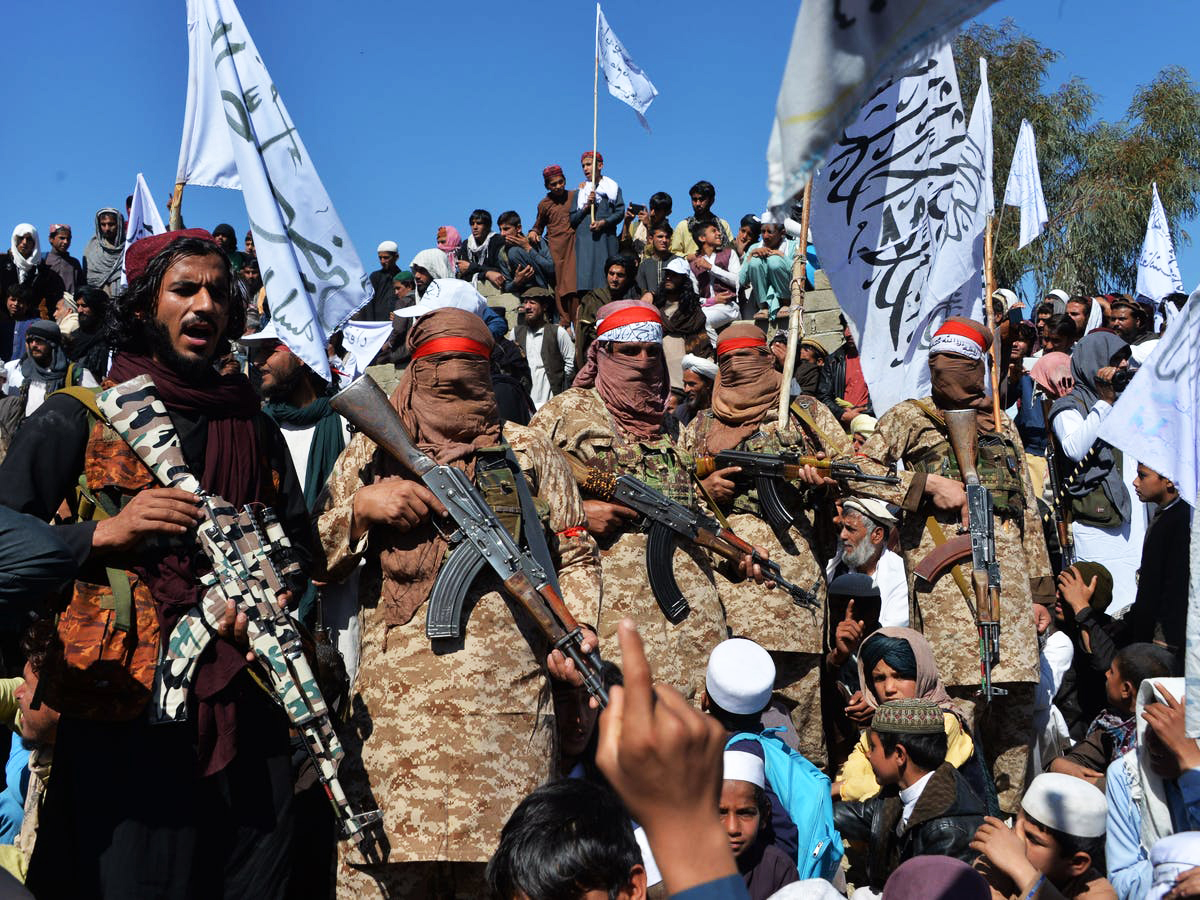 Clouds of uncertainty are hovering over Afghanistan amid a complete US withdrawal and the Taliban marching towards capital cities, while the current regime is cursing Pakistan, having no idea where their own country is heading in the next couple of months.

Pakistan actually tried its level best to back any peaceful political settlement before the West left the Afghan theater of war. The situation now is that the Americans and their allies are evacuating Afghanistan. The Afghan government believes that the Taliban cannot harm them unless Pakistan backs them. In such cases, they forget that even their longest border is with Pakistan.

The problem with Afghanistan seems to be that they have always tried to find both problems and its solutions outside Afghani- stan. Recently Afghan President Dr Ashraf Ghani tweeted about US support after a phone call with President Biden “We discussed the evolving but continuing relationship between the two countries. President Biden reassured me that support for the ANDSF will continue. We have confidence that they will protect & defend Afghanistan”.

Historians in the region are familiar with the context in which Russia arrived and will confirm that Afghanistan was previously run by Russia and it was Russia which changed governments in Afghanistan. At that time, Pakistan had no role. When Russia came, Pakistan felt threatened for itself and then the whole world stood with Pakistan against Russia under the strategy of ‘the enemy of my enemy is my friend.’

The problem is still not as simple as the Afghan government or analysts sitting outside the Afghanistan think. The Afghan government should think about what is happening in the region, how the Taliban is being welcomed by Iran, once the student militia’s staunchest opponent; Russia, which was once at the receiving end of the Afghan jihad; and China, which has a simmering Sinkiang bordering Afghanistan.

Pakistan’s Advisor on National Security Moeed Yusuf has already expressed concerns over the situation in Afghanistan. “Situation is extremely bad and out of Pakistan’s control”, he said. “I don’t see the US offering a financial package to Afghanistan and in that case, only Pakistan can provide a trade route to the landlocked country”.

The national security adviser also stressed that the UN Refugee Agency needed to set up camps for Afghan refugees.

As far as the Taliban’s victories are concerned, they are also resorting to exaggeration and relying on propaganda. Afghanistan is no longer the Afghanistan of the old and neither are the Taliban. The Afghan Taliban have so far taken control of the border crossings of different countries as well as the suburbs of different districts, but have not yet moved to the cities.

The main reason, Taliban sources said, is that there are now large populations within the cities. They are home to businesses worth billions of rupees. If they enter the cities using old-fashioned weapons, the public interest will be threatened and people will take up arms and go out to fight the Taliban, and public opinion too will turn against the Taliban.

That is why the Taliban are in no hurry. In this regard, the policy announced by Siraj Haqqani, the deputy commander of Taliban second only to their chief Hibatul- lah Akhund, is more to do with dialogue than fighting. In the likely scenario, the Taliban will try to cut off supplies by besieging cities. In this way, the people themselves will put pressure on the Kabul government to give up power.

Sources in Doha, Qatar, also said that the Afghan Taliban should minimize fighting and maximize their political gains. The Taliban also expressed readiness for a ceasefire during the Doha meeting, making it conditional on the release of their captives.

Taliban sources on the battlefield said that in the view of Taliban fighters, Kabul is of no importance and their eyes are on Kanda- har instead. Kandahar was the real centre of Taliban power, the seat of Mullah Omar and the real capital of his caliphate. That is why the Taliban fighters have a romantic relationship with Kandahar, and if any city or province is to come under their control first, they want it to be Kandahar.

In 20 years, there is a new generation of Taliban on the battlefield who are equipped

with internet and modern technology. The Taliban leaders who were confined to Pakistani cities like Peshawar, Quetta or Karachi in the 1990s have now seen Moscow, Doha, Beijing, and Tehran. They held face to face meetings with the power circles of these countries.

The Taliban believe they have inflicted a military defeat on the United – and the government in Kabul insists this was made possible by Pakistani support for the insurgents. This is similar to what some people thought during the Afghan war that the Mujahidin and Pakistan defeated Russia. Many years later, Russia also realized how many powers were united against them.

The fray this time was no different, with many regional powers waging clandestine wars of their own against the United States and its allies. Taliban’s newly public dealings with Iran, Russia, and China tell the story of long lasting ties under the rose. The problem with proxies is that it takes time to learn their reality. In fact, Afghani- stan has been a stronghold of proxies since before the establishment of Pakistan.

It is still difficult for any power, including the Afghan partisans, to face the dilemma of what will happen to Afghanistan tomorrow. And this is not the first time. For a while during Russian the intervention in Afghanistan, night would bring news of a massacre, and in the morning someone new would rule.

Like other neighbours, Pakistan is under severe pressure. Despite Pakistan’s reliance on CPEC and its relationship with China, Pakistan cannot afford a chaotic Afghani- stan and our establishment has a clear view on this. This is probably the reason why Pakistan is showing restraint despite strong statements made by Kabul, because Islamabad has a clear vision for the future and wants an internal solution to the Afghan problem, which really is the only way to keep the Afghan conflict from spilling over the border into Pakistan.

In a situation where there is uncertainty and mistrust on all sides, another group is emerging. You can call it Wilayat-e-Kho- rasan or any other name, and it can take advantage of this situation. They will heat up the bloodbath by blaming the Afghan Taliban and the Afghan government as the cause of chaos in Afghanistan.

In this regard, in the light of the instructions from Daesh, Wilayat-e-Khorasan has established its initial ranks, but they themselves are waiting to see where things go between the Afghan government and the Taliban. If it goes to war, that’s fine, but if peace is established, there will be a movement like Daesh to challenge that peace. Readers will recall that the Taliban themselves started an armed movement in the 1990s against none other than the very mujahidin who fought against Russia.