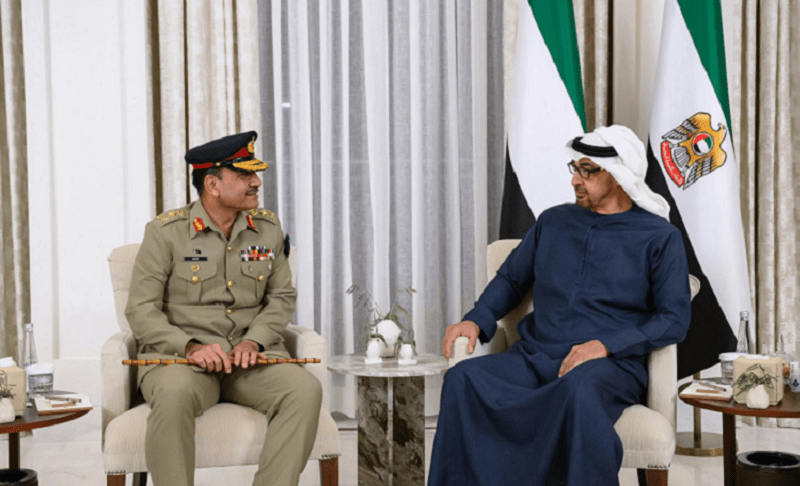 COAS Munir is holding key meetings during his week-long official visit to Saudi Arabia and UAE. This is his maiden visit to the Arab countries since his appointment as the chief of army staff. The week long visit culminates today.

The UAE President congratulated Gen Munir on assuming the charge as Pakistan’s army chief and expressed his wishes for the new role.

Earlier the COAS visited KSA, where he called upon the Crown rince Mohammad Bin Salman. The meeting reviewed bilateral relations and the ways of enhancing them, in addition to a number of issues of common concern, Saudi news agency SPA reported.

The two leaders had talked about military and defence cooperation, and ways to support and enhance them, along with important regional and international issues of common interest.

The Inter-Services Public Relations said in a statement that the COAS will be meeting the senior leadership of Saudi Arabia and UAE countries to “discuss matters of mutual interest, military-to-military cooperation, and bilateral relations focusing on security-related subjects”.