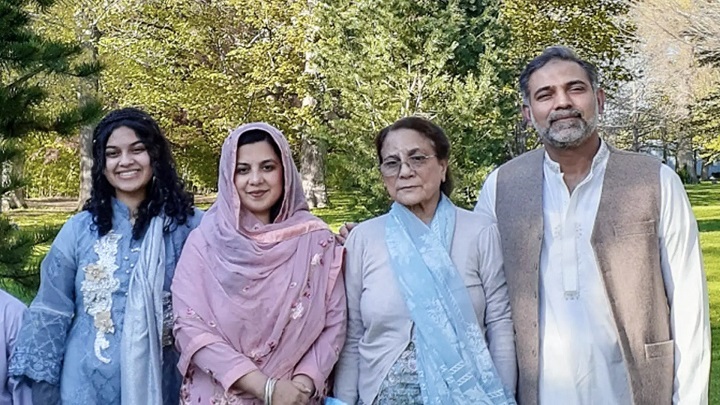 ONTARIO: Western University, the alma mater of the victims of last month’s deadly hate attack in Canada, has announced that it has established two new scholarships in memory of the members of the Pakistani family.

Madiha Salman and Salman Afzaal were among the four Pakistanis killed in a horrific incident on June 6 in the Canadian city of Ontario  which sparked shock and anger through­out Canada and across the Muslim world.

Madiha had completed her Master’s in civil engineering from Western University and was close to completing her PhD before being murdered by hate. The university awarded her a posthumous doctorate during its virtual graduation ceremony in June.

The varsity will also offer Salman Afzaal Memorial Scholarship in Physical therapy, named after Madiha’s husband, to a full-time graduate student studying in a doctoral or master’s program in health and rehabilitation sciences.

Salman, who was working as a physiotherapist in Canada, had obtained his master’s degree from Western in 2010.

“The awards will help ensure people remember how Madiha Salman and her husband Salman Afzaal lived – as people who embraced inclusion, valued education and built up their community,” said the university in a statement while announcing the scholarship.

Western University President Alan Shepard, in the press release, said that the scholarships have been endorsed by the families of the victims.

“We hope these scholarships will help to carry on the incredibly positive legacies they have left at Western,” Shepard said.

While, Dianne Bryant, Salman’s supervisor for his master’s, recalled that his student was “full of hope” and happy to be in Canada.

A Canadian man who is accused of deliberately running over five members of a Muslim family from Pakistan with his truck, killing four of them, now faces terrorism charges in addition to counts of first-degree murder and attempted murder, prosecutors said last month.

Nathaniel Veltman, 20, was arrested shortly after the June 6 attack in a parking lot in London, Ontario, a short distance from the city’s oldest mosque. He was wearing what appeared to be body armor and a helmet at the time, police said.

The five members of the Afzaal family were out for an evening walk near their home when they were run over on the sidewalk.

It was the worst attack against Canadian Muslims since a man gunned down six members of a Quebec City mosque in 2017.

In this article:Canada, London, Ontario, Pakistan