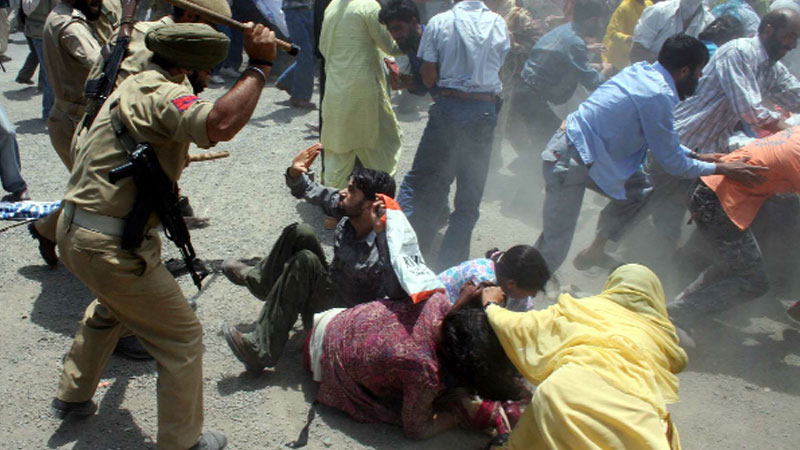 ISLAMABAD: The Stoke White Investigations (SWI) has reported Indian war-crimes in Indian Illegally Occupied Jammu and Kashmir in 2020-21. In its report released on August 24, SWI said that there were 450 incidents of violence which expose Indian brutalities and war crimes against the Kashmiri people.

The Legal Forum for Kashmir (LFK) and the Britain-based investigating unit, the Stoke White Investigations jointly issued the report at the Islamabad Press Club. Both the organisations also issued a dossier on India’s treatment of Kashmiri journalists and human rights defenders in IIOJK.

“The effort of the LFK and the SWI unit to document the war crimes committed by the Indian authorities is commendable, Sayed said. “Indian massacres in occupied Kashmir are similar to Israel’s illegal actions against the Palestinians,” he added.

He pointed out that despite being a peaceful activist, Kashmiri human rights activist Khurram Pervez was falsely accused of stoking terrorism, adding that the only crime of Pervez was to speak the truth against the occupation forces.

Prominent Kashmiri Hurriyat leader Mashaal Mullick appreciated the joint report on Indian abuses against journalists and human rights defenders in the IIOJK. She said that all human rights violations of India in IIOJK should be documented.