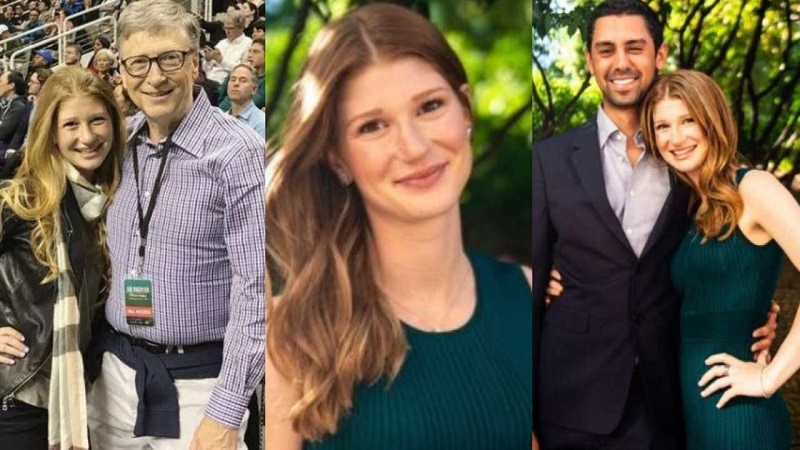 Over the weekend, Bill Gates and his ex-wife Melinda Gates walked their oldest daughter Jennifer Gates down the aisle ahead of her nuptials with fellow Egyptian millionaire Nayel Nassar. According to Fox Business, the private Muslim ceremony was held on Friday night in the backyard of the household’s 142-acre property in North Salem, New York. The couple got engaged last year.

According to the publication, Jennifer was also photographed posing with bridesmaids in her wedding gown on Saturday. The Microsoft co-founder is said to have purchased the $15.82 million estates for Jennifer in 2018 shortly after she graduated from Stanford University.

The luxurious, star-studded event took weeks of planning. Photos that surfaced earlier this week showed the expansive property is transformed into an opulent wedding venue, complete with a stage, elaborate pavilions, floor-to-ceiling windows, hardwood floors and a stage.

In addition to 25-year-old Jennifer’s parents, Bill and Melinda Gates, attendees included her brother Rory and sister, Phoebe. Also in attendance was Bill’s stepmother, Mimi Gardner Gates. The nuptials came just months after Bill and Melinda announced they were splitting after 27 years of marriage. Their divorce was finalised in early August. As per media reports, the wedding was likely to cost the Gates family “at least” $2 million.