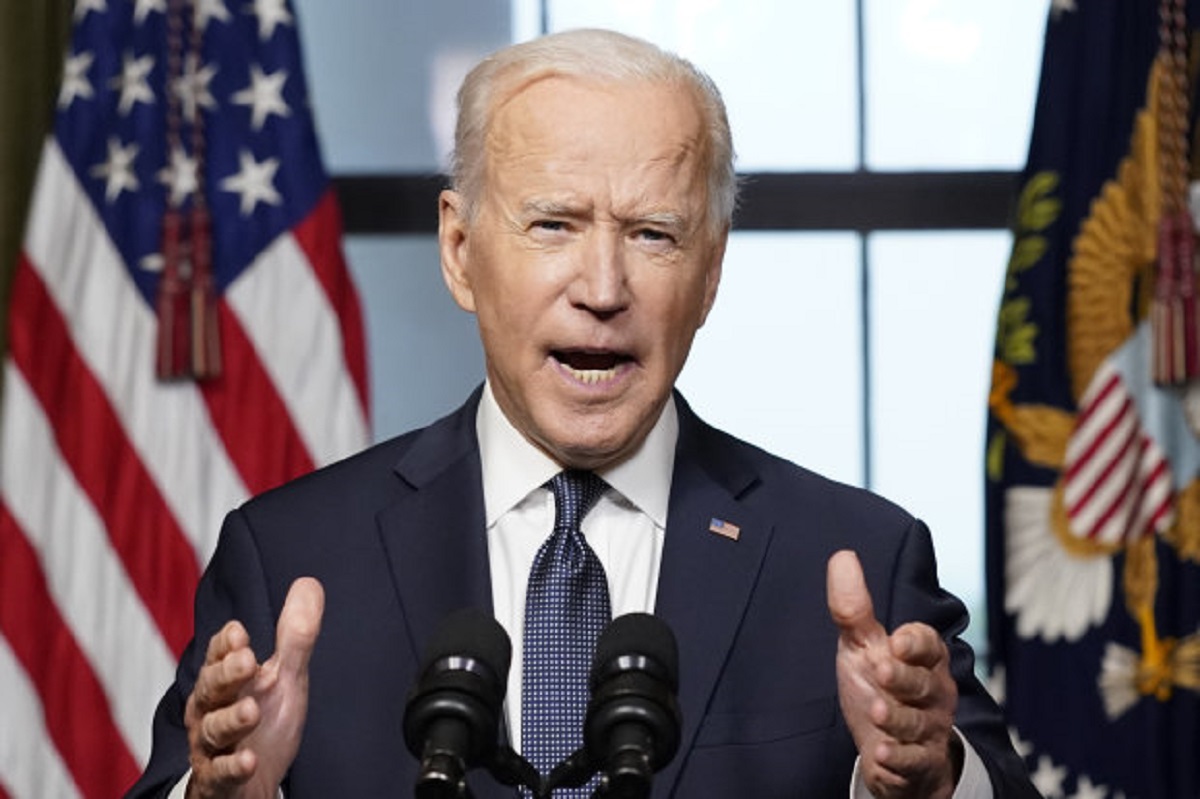 WASHINGTON: On the first anniversary of the insurrection on Capitol Hill, the U.S. President Joe Biden along with Vice President Kamala Harris, in a symbolic move, reaffirmed their resolve to protect America’s democracy, from the venue of the January 6 Capital riot – Statuary Hall.

It was argued by CNN analysts, including Chief White House Correspondent Kaitlin Collins that the venue was carefully chosen for the occasion – as the same address could have been made from the Oval Office but would not have had the same impact.

Vice President Kamala Harris’ address preceded Biden’s – as she spoke in an emotional tone recalling the events that took place on January 6. Harris went on to appreciate the courage of the staffers as they were locked up in offices for hours without outside help.

Biden who has carefully chosen his words till now, took off his gloves, when he was given the podium by VP Harris. During his address, President Biden vowed to not allow anyone to “to place a dagger at the throat of democracy,” or to “attempt to overturn the 2020 election.”

“The former president of the United States of America has created and spread a web of lies about the 2020 election,” he said. “He values power over principle.” During the assault on Congress, Trump was “sitting in the private dining room off the Oval Office in the White House, watching it all on television and doing nothing for hours,” Biden said, his anger clear. “He’s a defeated former president.”

While recalling the day, Biden said, “This was an armed insurrection where thousands of people brandishing Trump flags trampled over police to invade the chamber, forcing lawmakers to flee for their lives. “For the first time in our history, a president not just lost an election. He tried to prevent the peaceful transfer of power,” Biden added.

While later answering the self-posed question, he said, “We cannot allow ourselves to be that kind of nation.”

Donald J Trump, swiftly responded to the President’s accusations as he levelled counter allegations on the democrats that “[the democrats] got away with something, and it is leading to our country’s destruction”, claiming Biden was mounting “political theater” to distract from failures.

Similarly, the Republican Party top lawmaker, Senator Mitch McConnel who was earlier quite vocal against Trump’s incitement of violence, accused “some Washington democrats” of exploiting the anniversary for their political point scoring.

The polarized nature of American politics was quite visible on Thursday as many Republicans did not even show up for the many commemorative events scheduled to mark the anniversary. This reflects on Trump’s enormous influence with Republican voters that continues to grow as he is stipulated to return as a presidential runner in 2024.