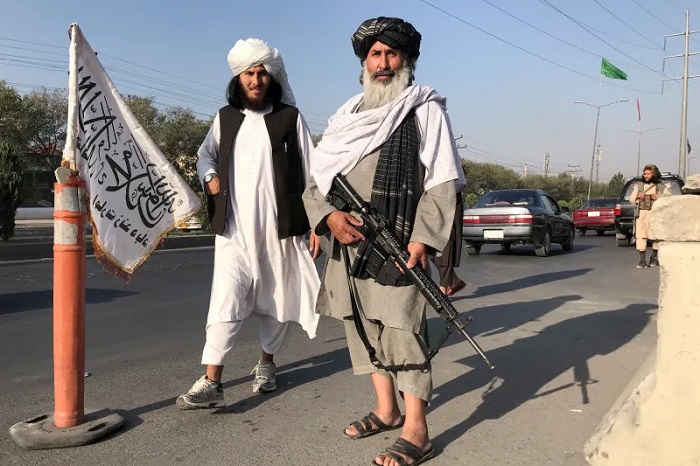 The first formal mention of Zawahiri’s name since the attack on Sunday was in a carefully crafted Taliban statement, which neither verified his presence in Afghanistan nor recognized his death.

Assassination of Zawahiri is the worst blow to Al-Qaeda since the killing of Osama bin Laden in 2011, and the Taliban’s commitment to not house terrorist groups is put into question by this event.

After the 9/11 attacks, the Taliban refused to hand up Osama bin Laden, so the United States staged an invasion in 2001 to overthrow the first Taliban regime.

According to a statement released by the Taliban on Thursday, “The Islamic Emirate of Afghanistan has no information of Ayman al-Zawahiri’s presence and stay.”

However, the inquiry has been initiated to uncover the evidence of his presence on Afghan soil. Furthermore, this inquiry will be thorough and serious, as the Islamic Emirate of Afghanistan’s leadership has directed the intelligence services to do.

Taliban authorities have admitted that a US drone attack had occurred in a Kabul area but provided no information on the number of deaths or the location of the strike.

When Zawahiri arrived in Kabul earlier this week, the White House claimed it was an obvious breach of the Doha deal made one year ago that led to Western troops’ pullout.

The Taliban, on the other hand, accused the United States of violating the agreement.

“The fact that the United States invaded our country and defied all international norms, we strongly condemn the conduct once again,” the statement said.

“The United States of America will be held responsible for any consequences if this type of behavior is repeated.”

In their statement, the Taliban stated that Afghanistan posed “no threat” to any other country.

President Joe Biden said that “justice had been served” to the families’ of 9/11 victims as he announced that al-Qaeda chief Ayman al-Zawahiri had been killed.

Two Hellfire missiles were fired at Zawahiri early Sunday morning as he was on the balcony of a three-story house in the Afghan capital’s main district, according to US authorities.

A $25 million US reward was put on Zawahiri’s head after he took over Al-Qaeda following the death of Osama bin Laden in 2011.

Additionally, the news of his death comes one month before the first anniversary of US force departure from Afghanistan and the Taliban’s return to power.

However, no country has yet officially recognized the new government in Afghanistan, which has gradually restored the Taliban’s draconian version of Islamic law.

Despite the end of the conflict, Afghanistan is now in a state of economic chaos due to the freezing of Afghan assets abroad, the reduction of aid, and penalties imposed on senior Taliban figures.

According to Harvard University Kennedy School scholar Nishank Motwani: “Even if the Taliban do not face any additional sanctions, removing the existing ones would be more difficult after Zawahiri’s assassination in Kabul.”

This might lead to internal conflict within the Taliban as a result of the assassination of Zawahiri.