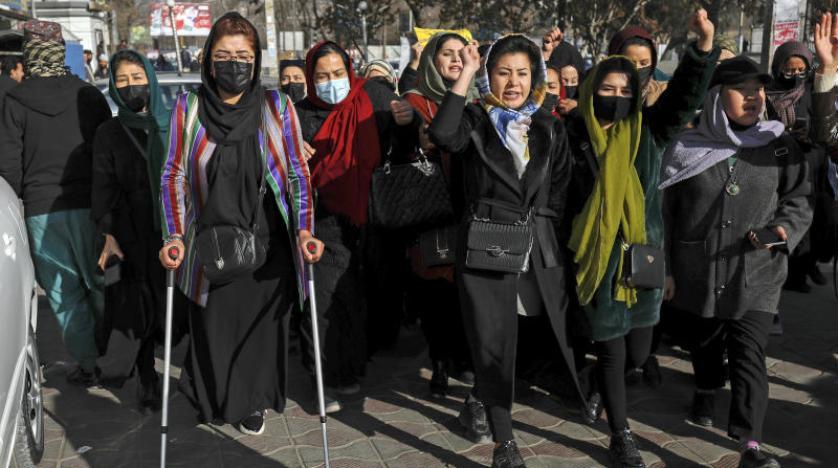 Kabul: Afghanistan’s Taliban rulers ordered all national and international non-governmental organizations (NGOs) to stop their women employees from working after “serious complaints” about their dress code, the Ministry of Economy told AFP on Saturday.

The order threatened to suspend the operating licences of NGOs that failed to implement the directive.

The latest restriction comes less than a week after the Taliban authorities banned women from attending universities, prompting global outrage and protests.

While the Taliban had promised a softer form of rule when they returned to power in August last year, they have instead imposed harsh restrictions on women — effectively squeezing them out of public life.

“There have been serious complaints regarding the non-observance of the Islamic hijab and other rules and regulations pertaining to the work of females in national and international organizations,” said a notification sent to all NGOs, a copy of which was obtained by AFP and confirmed by a spokesman for the ministry of economy.

“The ministry of economy … instructs all organisations to stop females working until further notice,” the notification said.

“In case of negligence of the above directive, the license of the organisation which has been issued by this ministry will be cancelled,” it added.

Two international NGOs confirmed that they had received the notification.

“We are suspending all our activities from Sunday,” a top official at an international NGO involved in humanitarian work told AFP on condition of anonymity.

“We will soon have a meeting of top officials of all NGOs to decide how to handle this issue.”

Dozens of national and international NGOs continue to work in several sectors across remote areas of Afghanistan, and many of their employees are women.

The order is the latest assault on women’s rights in Afghanistan.

On Tuesday, the authorities banned all women from attending universities, triggering condemnation from the United States, the United Nations and several Muslim nations.

The Group of Seven industrialised democracies said the prohibition may amount to “a crime against humanity”.

That ban was announced less than three months after thousands of women were allowed to sit university entrance exams.

In response to the order, around 400 male students boycotted an exam in the southern city of Kandahar — the de facto power centre of the Taliban — a rare protest staged by men.

The students’ walkout was dispersed by Taliban forces who fired into the air, a lecturer at Mirwais Neeka University where the protest happened told AFP on condition of anonymity.

The Taliban had already barred teenage girls from secondary school, and women have been pushed out of many government jobs, prevented from travelling without a male relative and ordered to cover up outside of the home, ideally with a burqa.

They are also not allowed to enter parks or gardens.

The Taliban have also resumed public floggings of men and women in recent weeks, widening their implementation of an extreme interpretation of Islamic law.

In this article:Afghanistan, Taliban, Taliban ban women employees from NGOs