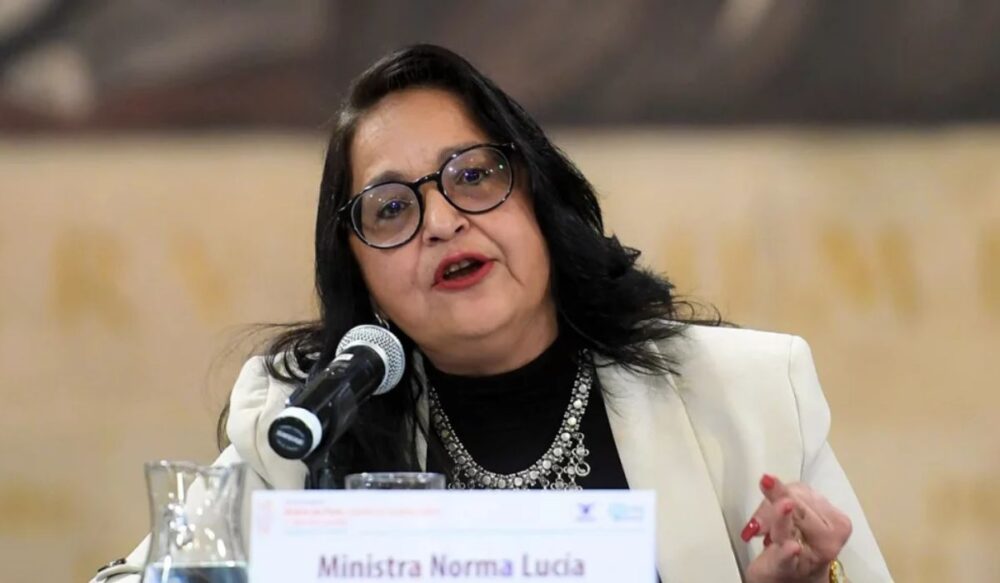 Mexico: Justice Norma Lucia Pina was sworn in as the first female president of Mexico’s Supreme Court on Monday. Justice Pina said “I recognize the significant decision of the majority of this full court to break what seemed to be an inaccessible glass ceiling,”

Pina pledged to maintain the independence of the country’s highest court.

“Judicial independence is indispensable in resolving conflicts between the branches of government,” Pina said after taking charge of the 11-member court. She would also head the entire judicial branch.

However her appointment was not quite free from controversy. The 6-5 majority vote, was a setback for President Andres Manuel Lopez Obrador, who had backed another woman for the top post.

In the run-up to Monday’s vote, Esquivel was tainted by allegations that she plagiarized an academic paper to get her bachelor’s degree in the late 1980s.

On Monday, the Mexican leader said the Supreme Court election was “independent” and “free” but criticized the judiciary.

Lopez Obrador claimed, “the judicial branch has been kidnapped … has been eclipsed by money, by economic power.”

The president has pushed a number of controversial laws through Congress, only to see them blocked by the courts, and getting an ally elected as chief justice was seen as key for Lopez Obrador.