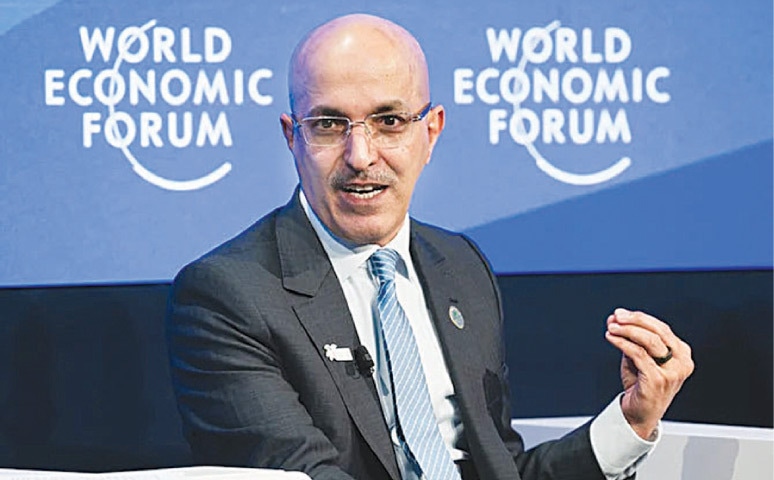 DAVOS: Saudi Arabia’s finance minister Mohammed Al-Jadaan speaking at the World Economic Forum expressed his country’s desire to identify ‘more creative ways’ in which it can help support to Pakistan. He said this in context of the extension of the term of a $3 billion deposit for Pakistan to boost latter’s foreign-currency reserves late last year.

The Saudi finance chief said his country is discussing with the World Bank and other institutions as to how can it be “more creative to provide that support” to Pakistan. Mohammed Al-Jadaan also indicated the kingdom is changing the way it provides assistance to allies. It is shifting away from previously giving direct grants and deposits unconditionally.

“We used to give direct grants and deposits without strings attached and we are changing that. Now we are working with multilateral institutions to actually say we need to see reforms,” the minister said.

“We are taxing our people, we are expecting also others to do the same, to do their efforts. While we want to help but we want you also to do your part.”

Al Jadaan said, “We are providing even oil and derivatives to support their energy needs,”. “So there is a lot of efforts, but we wanted this to be conducted.”

Earlier this month, Saudi state media reported the kingdom could boost its investments in cash-strapped Pakistan to $10 billion, from the $1 billion announced in August, as well as increase the ceiling on deposits into the Pakistan central bank to $5 billion.

The Pillar of Petrodollar hints Trading In Currencies

In a separate interview to the international media, the minister also indicated that Saudi Arabia is open to discussions about trade in currencies other than the US dollar.

The world’s largest oil exporter has maintained a currency peg to the dollar for decades. It is seeking to strengthen its relations with crucial trade partners including China. The kingdom is a pillar of the petrodollar system established in the 1970s that relies on pricing crude exports in the US currency.

Regarding the Saudi ties with major trade partner China, Jadaan shared that Riyadh was taking a “wider approach” in which relations with both Beijing and Washington were important as well as building ties with other countries.

During President Xi Jinping’s visit to Riyadh last year, the two countries agreed to boost coordination on energy policy and exploration. During that trip Xi said that China would make efforts to buy more oil from the Middle East and also wanted to settle that trade in the yuan.