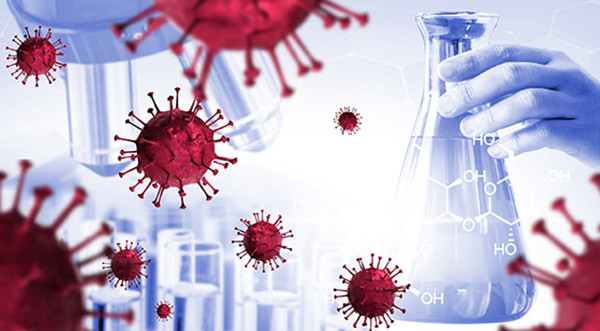 The Covid-19 global pandemic appears to be receding around the world with life returning to a semblance of normalcy in several countries including Pakistan. But experts have warned it will be a mistake to believe we have seen the last of the deadly virus.

The advent of this virulent pathogen in November 2019 in China’s Wuhan province and its subsequent spread to other countries prompted what has since become the history’s largest vaccination effort. According Bloomberg, more than 6.86 billion doses of the various coronavirus vaccines had been administered across 184 countries as of 25 October 2021.

Yet, scientists and epidemiologists around the world are warning against complacency. The message they double down on is this: The disease will not have been beaten back until it has touched almost every human alive – either through vaccination or infection.

“I see these continued surges occurring throughout the world,” Michael Osterholm, director of the Centre for Infectious Disease Research and Policy at the University of Minnesota in Minneapolis and an adviser to U.S. President Joe Biden, has been quoted as saying by Bloomberg.

“Then it will drop, potentially somewhat precipitously. And then I think we very easily could see another surge in the fall and winter”.

The important things to do right now, therefore, are to accelerate vaccination campaigns and keep physical distancing protocols in place. “The race between the waves of transmission that lead to new variants and the battle to get the globe inoculated won’t be over until the coronavirus has touched all of us”, says Bloomberg.

“With billions of people around the world yet to be vaccinated and little chance now of eliminating the virus, we can expect more outbreaks in classrooms, on public transport and in workplaces over the coming months, as economies push ahead with reopening.

“Even as immunization rates rise, there will always be people who are vulnerable to the virus: New-born babies, people who can’t or won’t get inoculated, and those who get vaccinated but suffer breakthrough infections as their protection levels ebb.”

The next few months will be rough, says the report. “One key danger is if a vaccine-resistant variant develops, although it is not the only risk ahead.

“The five well-documented influenza pandemics of the past 130 years offer some blueprint for how Covid might play out, according to Lone Simonsen, an epidemiologist and professor of population health sciences at Roskilde University in Denmark. She is an expert on the ebb and flow of such events.

“While the longest global flu outbreak lasted five years, they mostly consisted of two to four waves of infection over an average of two or three years, she said. Covid is already shaping up to be among

the more severe pandemics, as its second year concludes with the world in the middle of a third wave — and no end in sight.

It is possible that the virus known as SARS-CoV-2 will not follow the path traced by the pandemics of the past. After all, it is a different, novel and potentially more transmissible pathogen. And with a death toll of more than 4.6 million people so far, it’s already more than twice as deadly as any outbreak since the 1918 Spanish flu.

Nations where vaccination has been sparse – including Malaysia, Mexico, Iran and Australia – are in the midst of their biggest outbreaks yet, fuelled by the contagious delta strain. With the virus still spreading out of control in vast swathes of the planet, another novel variant could quite feasibly emerge.

Early in the Covid outbreak, there was good reason to hope that vaccines would provide long-term protection, much like childhood shots that stop diseases such as polio. But those hopes have since been dashed. Medical scholarship tells us Covid could be like the flu, requiring regular vaccine top-ups to remain effective as the virus evolves.

Some researchers say SARS-CoV-2 is poised to become completely resistant to the first generation of vaccines. Other even grimmer possibilities for the coming months include the emergence of a novel influenza virus or another coronavirus making the leap from animals into humans.

Perhaps the grimmest of all is the scenarios of another new virulent pathogen arriving while we are still dealing the SARS-CoV-2.

The pandemic will end at different times in different places, just as previous outbreaks have, says the report quoting Erica Charters, associate professor of the history of medicine at Oxford University and the coordinator of a project on how epidemics end.

Nations like Denmark and Singapore, which have managed to keep cases relatively contained, are already moving toward a post-pandemic future with fewer safety restrictions. Others, such as the U.S. and U.K., are opening up even as infection numbers near records.

“The end process is not going to be uniform. [The pandemic] is a biological phenomenon, but it’s also a political and social phenomenon”, Charters said.