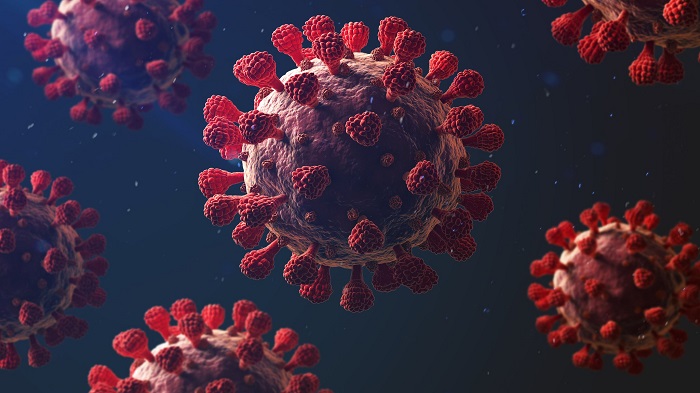 is believed to be waning, but medical experts warn against dropping the guard just yet because there is no reason to believe Novel Coronavirus has been beaten back.

The war is far from over because the virus is around for now and continues to pose the risk of a renewed outbreak whenever the conditions are right for its spread, the say. Any irresponsible attitude at either the government or the public level may push the country into the troubled waters again as Strict adherence to the Standard Operating Procedures (SOPs) and responsible behaviour are therefore our only means to keep the deadly disease at bay.

Hospitals are through the worst and workloads of doctors and paramedics have returned to manageable proportions. The availability of coronavirus vaccine is not a problem anymore except for few cases where logistical glitches have caused problems.

Ratio of vaccinated population in several cities including

Islamabad is nearing levels considered requisite to attain her immunity.

The overall positivity ratio was recorded 4.1 percent as we go to the press, and the national tally of active Covid-19 cases stands at 62,922, some 4,846 of which are critical.

A total of 18,950,039 tests have been conducted so far, while 640 hospitals are equipped with Covid-19 facilities across the country. Ventilator occupancy is high in four cities, viz., Multan (86 percent), Lahore (64 percent), Sargodha (60 percent), and Bahawalpur (40 percent).

Pakistan has so far administered at least 76,141,484 doses of Covid-19 vaccines. Assuming every person needs 2 doses,

that’s enough to have vaccinated about 17.6 percent of the country’s population.

On average, Pakistan administered about 767,771 doses of Covid-19 vaccine every day last week. At that pace, it will take a further 57 days to administer enough doses for another 10 percent of the population. Around 56,229,457 people have received first dose of coronavirus vaccine while 25,493,964 people are now ‘fully vaccinated’.

The United Kingdom decided to take Pakistan off its red list for international travel after five months. From 4 October, if any Pakistani is fully vaccinated they will not need a pre-departure test before arrival into England from a non-red country and from later in October, will be able to replace the day two PCR test with a cheaper lateral flow test.

Reacting to the development, Minister for Planning, Development and Special Initiatives, Asad Umar, said: “Good to know finally the right decision has been taken to take Pakistan off red list.”

The National Command and Operation Centre (NCOC) has warned that basic services would not be available to the unvaccinated people from 1 October. The unvaccinated people will not be eligible to enter shopping malls, use public transport or to travel by air after the 30 September deadline.

In educational institutions, staff members who have not been fully vaccinated will not be allowed to continue working. The Centre took to twitter to announce the warning as part of its Obligatory Vaccination regime to ensure maximum complete inoculation of the eligible population.

The forum wrote, “Warning! From October 1, all facilities used in daily life will be closed to all people who have not been vaccinated. We emphasize the general public to get their vaccination done as soon as possible and keep life going. The Centre also decided to lift additional non-pharmaceutical interventions (NPIs) in six districts due to gradual decline in disease prevalence including Lahore, Faisalabad, Multan, Sargodha, Gujarat and Bannu.”

A sting operation recently carried out by BBC showed that any person who got himself registered at the counters set up at the vaccination centres could go out without being vaccinated.

Because once a person gets registered at the counter he is recorded as vaccinated. Official record being maintained by National Database and Registration Authority (Nadra) would show they have received the dose.

Shown the video of the sting operation, Asad Umer, the head of NCOC, was said to be surprised.

But now a new report has raised many questions about the vaccination process. This report made startling revelation that somebody used the CNIC number of former Prime Minister Nawaz Sharif to register for vaccination at Lahore.

The official record uploaded by DHO Naveed Altaf therefore shows that Nawaz Sharif received first dose of Sinopharm vaccine at Kot Khawaja Saeed Vaccination Centre despite the fact that he has been in London since November 2019.

Now many in Pakistan fears the reports about issuance of vaccination certificate in the name of former Prime Minister Nawaz Sharif can cause serious trouble for Pakistan at the international level.

When the United Kingdom put Pakistan into its Red List, it was on the grounds that the Pakistani government was not properly sharing record related to the coronavirus disease. If the United Kingdom and other European countries start giving serious thought to the allegedly flawed vaccination registration and certification process, Pakistan can face consequences that can also be disastrous for those Pakistanis who travel to other countries.

This is a serious issue that needs attention of the government to avoid any untoward situation at the international level.

Majority of politicians have failed to become role model for the people in the days of coronavirus pandemic. Political parties regularly share footages of their party meetings but unfortunately, the participants are often seen without facemasks and violating social distancing guidelines.

The role of religious parties is also not up to the mark when it comes to sensitise the public about the importance of the SOPs. One of the religious leaders still talks irresponsibly about the coronavirus pandemic that gives wrong message to the people.

The NCOC has urged the people that if they come across any violation of Covid-19 SOPs like people not wearing facemasks, non-adherence to social distancing, over-crowding at public places then they should take a picture and brief account of violation and send it to 03353336262 (0335333NCOC).

It is good to see that the number of coronavirus cases is decreasing in Pakistan and the government is also hoping that the situation will further improve in the coming weeks. But at the same time the health experts have warned that there is no final word as to how and when the pandemic will end.

This means the people of all age groups should take extreme care to stay safe from coronavirus infection. We cannot end the coronavirus disease, but we can certainly protect ourselves by following SOPs.