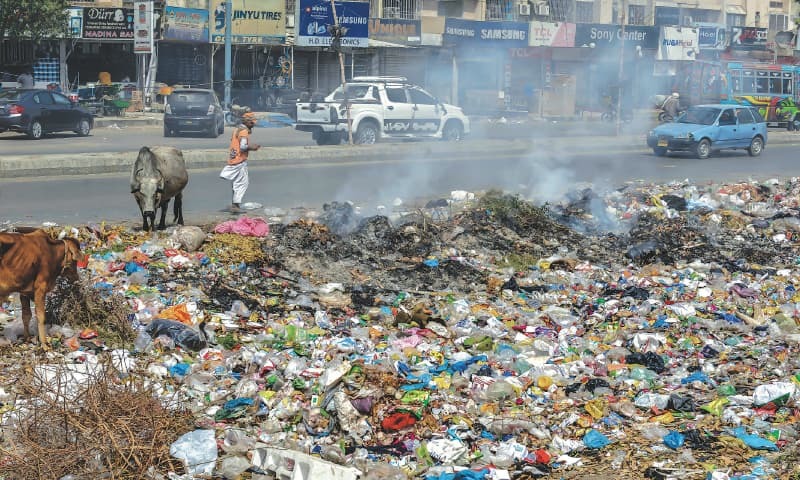 Karachi: Growing environmental degradation in Karachi brought the Sindh government under fire at an event on Monday for the lack of concern and action. Experts described the city as a ‘bowl of poison’ due to its worsened air quality and taking a toll on everyone, including pregnant women and their unborn children.

Yasir Hussain, an environmentalist said the air is so polluted that the city has literally turned into a bowl filled with poison. The situation is endangering for survival of all forms of life. Yasir has been studying the city’s air quality for over a year.

He regretted that the successive governments chose harmful ways for energy production. This lead to aggravating the country’s environmental crisis and endangering public health.

According to him, the most traffic-congested areas in the city have the highest level of air pollution. The hotspots include Tibet Centre on M.A. Jinnah Road, Gulshan Chowrangi and Ayesha Manzil.

“We need to have an effective mass urban transport system and move towards zero emissions by implementing environment-frien­dly energy initiatives.”

He raised serious objections over the Malir Expressway project. He feared it would destroy the last green space surrounding the city. The organization had not submitted a single report on the environmental status of the province since 2014.

The speakers also criticized the ineffective Sindh Environmental Protection Agency (SEPA). They said it had failed to perform its due role under the law. The development projects were implemented without any environmental review.

“Right now, 25 to 30 privately installed air quality sensors are working in the city. Muhammad Tauheed, urban planner and researcher at the Karachi Urban Lab highlights the irony of the situation. He said SEPA neither accepts data of these equipment nor put in place its own system for air quality monitoring.

“The city needs to have an effective mass urban transport and waste management systems.

Majority of the patients at my clinic report with nasal allergies, nasal obstruction, sore throat, hoarseness, laryngitis and other illnesses. Dr Sajjad an ENT specialist underlines air pollution as a significant contributor to these ailments. He considers emissions from factories, air conditioners and generators, burning of waste and as major sources of air pollution.

“This situation may get worse. The WHO expects climate change to increase the incidence of malnutrition, malaria, diarrhea, and heat stress. This is feared to result in 250,000 deaths each year between 2030 and 2050,” he noted.

“It’s a matter of life and death. The government must wake up and take action.” She cited a 2015 Lancet report that indicated nearly 22pc annual deaths in Pakistan linked to air pollution.

In this article:Air Index Karachi