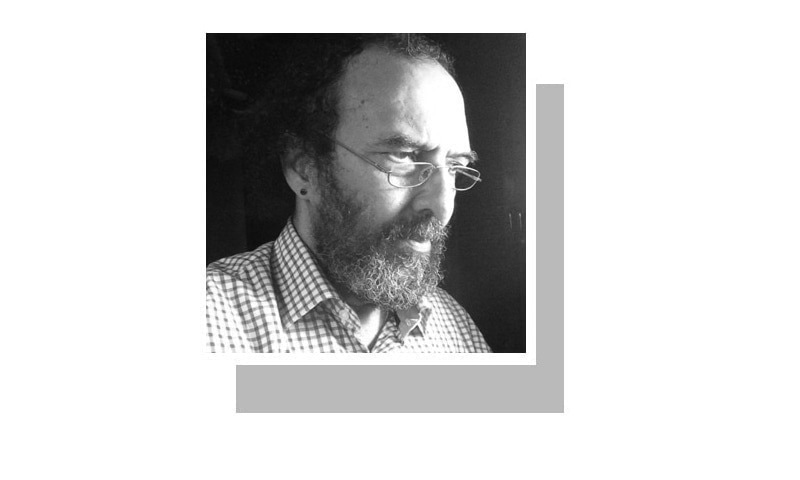 Courtesy of DAWN —-THERE was this gangly gentleman, the sweet Mr Saleh, Egyptian translator at the Gulf News in Dubai who incessantly amused the morning meetings headed by the editor, Aziz Siddiqui, the late Pakistani scribe of leftist politics with an impish sense of humour. Turning over the pages of Al Bayan, Ittehad, Al Khaleej etc. to scour for Arabic news that the English-speaking journalists from Britain, India, Pakistan, Sri Lanka and other places could find useful, Mr Saleh would almost without exception dismiss each page with a suspicious grunt: “Nonsense!”

One can imagine a similar reaction from President Putin, were he to scan the English media every morning, as he did the other day but with an added description. Responding to the UK’s accusation that Russia was plotting to replace the regime in Ukraine with a Moscow-friendly government, Mr Putin flicked off the question dismissively: “The Anglo-Saxon nonsense!”

You turn to the Chinese spokespersons and they would be scoffing at persistent Anglo-Saxon ‘plots’, one apparently currently on to disrupt the Winter Olympics in Beijing. The city is now unique in hosting both the Winter and Summer Olympics. Four miffed countries are diplomatically boycotting the Beijing show although their players are participating. Again, the churlish quartet baiting China comprises Anglo-Saxon nations — Australia, Britain, Canada and the US. What is their grouse? Human rights! One would take them seriously had they not been inflicting humanitarian catastrophes around the world. To cite just one, helping the daily dastardly bombings of a proud Yemeni people, killing, maiming, starving them callously, these sticklers for human rights.
There’s a tendency one has noticed about the cultures, which Russia and China see as essentially Anglo-Saxon in nature. They love to turn a perfectly normal secular challenge to their authority into a communal, religious one. Behind all the fluff about Houthi religiosity that their media proclaim to give the conflict a religious colour, there’s the cold fact that Aden was the capital of the only Marxist government in the Arab world ever. That memory needs to be crushed.
Likewise, the Anglo-Saxons have led the complete destruction of a secular Iraq to produce clerical rule there. They destroyed the syncretic PLO to give the Palestinian struggle for self-determination a religious hue under Hamas. Gone are the fighting Christian Palestinians like George Habash and their supporters of other faiths, including the better-informed Jewish intellectuals. They turned a secular Libya into a religiously fractured wreck. And they raised and armed religious fanatics in Syria and Afghanistan to dismantle secular adversaries. Closer home, the Anglo-Saxon rulers used religion to divide and rule India, a ploy they had used to produce unending bad blood in Ireland. Their victims are still suffering the consequences of the perfidy.
Should their unwitting allies, say, Germany or France oppose their reckless quests, the Anglo-Saxon club could resort to cheap tricks, not least spying on them with sophisticated devices, as recently happened with Angela Merkel and Emmanuel Macron. So the Anglo-Saxons belong to themselves, almost like a secret society. In fact, that is what they set out to be: The Five Eyes, a club of post-war snoops, exchanging notes and sharing them with each other, exclusively. If a British citizen has to be snooped on, as they did with Charlie Chaplin in the US, they would get the other to do the job so as not to break their own rules, keeping up the pretence of human rights.

Let’s step back. It’s 1980. Moscow was planning to host the Olympics when a call went out from Margaret Thatcher and Jimmy Carter to boycott the Games. The Soviets had raided Afghanistan. And the British? Had they just recaptured the Falklands from the English Channel? And what were the Americans doing in 1980, ahead of the Lake Placid Winter Olympics they hosted? They were weighing their chances between two ‘defenders of human rights’, the Shah of Iran and the Shia clerics. The clerics sided with Ronald Reagan to extract revenge on Carter for daring to mount the ill-fated Dasht-i-Lut rescue operation to free American hostages in Tehran. What followed was the Iran-Contra arms deal with Reagan, the mascot of human rights defenders!

It was Sept 6, 1993. I was travelling to Beijing from the airport with a Chinese minder as part of Narasimha Rao’s media convoy. I asked my interlocutor whether the impressive display of flags and buntings was to welcome Rao. He said: “Sorry. This is for our Olympics campaign.” The Chinese were preparing to host the 2000 Olympics in 1993. Everyone was certain they would get it. The Chinese signed a deal with Rao apart from a landmark agreement on peace and tranquillity along their borders. They bought a bunch of buffaloes from India. The idea was to start a dairy programme, hitherto alien to Chinese culture, to welcome milk-guzzling foreign athletes. How did Sydney suddenly get that Olympic, leaving the Chinese delegates to clap politely at the decision? The Manchester votes were transferred at the last minute, in the third round of voting, to boost fellow Anglo-Saxon Australia. The world of sports was stumped. Human rights was the fronted issue to deprive Beijing of its due claim.

Did China then tweak its human rights policy to get the Olympics eventually, hosted so impressively too, to the chagrin of its detractors? There’s no answer to these questions. Now, President Macron appears to have seen through the “Anglo-Saxon nonsense” as he openly believes that Russia has a legitimate security concern in the Ukraine stand-off, and that it could be resolved peacefully. In the meantime, the US embassy is pressing its staff to leave Beijing citing rigorous anti-Covid measures, something the Chinese see as an attempt to disrupt the Winter Games. Like Mr Saleh, they too would be wondering when, if ever, the nonsense will stop.

The writer is Dawn’s correspondent in Delhi.