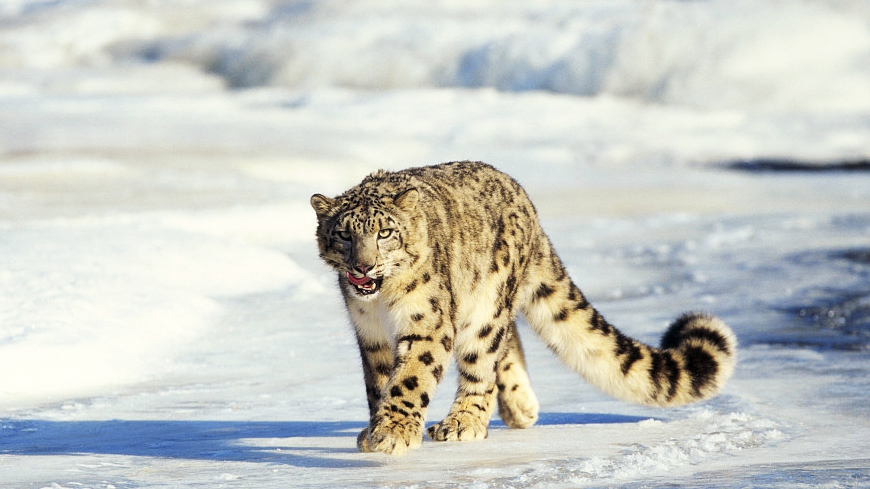 Rare and elusive, snow leopard has long been called the ghost of the mountains. A recent literature review covering over a century of snow leopardresearch shows precisely why.

Spatial research over this period covers less than 30 percent of the nearly 1.8 million square kilometres of snow leopard range, more than 70 percent of it still a black hole about which we know next to nothing.

Titled “Over 100 Years of Snow Leopard Research – A spatially explicit review of the state of knowledge in the snow leopard range”, the study looks at published research on snow leopard conducted over the 116 years from 1904 to 2020. The idea is to examine its temporal and spatial trends across an array of thematic areas.

Evolved to live in some of the world’s highest and harshest habitats, the elusive and rare snow leopards (Panthera uncia) are undisputed icons of High Asia.

The snow leopard habitat spans diverse landscapes, with livestock herding being the most dominant form of land use across its distributional range in Central and South Asia. Areas inhabited by snow leopards and people often overlap, creating challenges as well as opportunities for their conservation.

Snow leopard conservation has received increasing attention in the past two decades and global interest in protecting this unique high-mountain cat continues to rise.

However, effective and efficient snow leopard conservation initiatives require multi-dimensional research and collaboration among a diverse array of actors.

National governments in snow leopard range, for instance, have repeatedly pledged their support for the conservation of the animal and the breath-taking landscapes they inhabit. These landscapes house an array of unique high-altitude wildlife and provide homes and life-sustaining natural resources to hundreds of millions of people.

The mountains of High Asia also form the headwaters of 20 major river basins, an important water source for 22 countries.

More than 2 billion people live in these basins which overlap the snow leopard range.

“Given the growing interest in and commit- ment towards conservation of snow leopards and their habitats, it is crucial to examine the depth and breadth of knowledge currently available to inform conservation efforts and identify gaps in that knowledge”, says the WWF report.

Nepal, India and China have contributed the most snow leopard research, followed by Mongolia and Pakistan.

Pakistan has an estimated 80,000 square kilometres of snow leopard habitat, or about 4.5 percent of this majestic animal’s global range.

Pakistan’s contribution to the body of knowledge accumulated over the last 116 years comes to 11 studies – or 6 percent of the total 185 studies conducted over this period anywhere.

The total area covered by this research in Pakistan comes to 8,431 square kilometres or 11 percent of the snow leopard’s habitat in the country.

The WWF review revealed that snow leopard research was highly focussed on ecological research followed by studies on human-wildlife conflict. Most ecological studies focused on estimating the number and distribution of snow leopards and prey species.

However, conservationists have surveyed less than 3 percent of the snow leopard range using rigorous and scientifically acceptable abundance estimation approaches.

The lack of attention to the human dimensions of conservation was particularly stark, especially given that the majority of the snow leopard range is inhabited by local communities dependent on livestock herding.

More importantly, very few studies evaluated the effectiveness of conservation actions. A lack of evidence demonstrating and quantifying the impacts of conservation interventions is a significant knowledge gap in snow leopard research.

The review identifies the high-priority research necessary for effective conservation planning for snow leopards and their multiple-use habitat in High Asia.

The review suggests that despite an exponential increase in snow leopard research over the past two decades, several important areas remain poorly understood.

The WWF says there is an urgent need to diversify the agenda for snow leopard research, with an enhanced focus on spatial ecology of snow leopards in multiple-use landscapes, disease ecology, impacts of climate change, its population dynamics.

Equally urgent is the need to study the relationships between people, livestock, wild ungulates, snow leopards and rangelands and the impacts of infrastructure development on snow leopard habitat selection and use.

The social dimension of research in snow leopard range requires a major impetus and should be one of the top priorities.

The review highlights the sobering lack of empirical evidence on a variety of conservation interventions that continue to be recommended and employed with limited evidence of their efficacy.

This is specifically true for interventions on mitigating human-wildlife conflict such as predator-proof corrals, improved livestock guarding practices, efforts to enhance wild ungulate prey to reduce livestock predation by snow leopards, recommendations to increase protected area coverage and incentives and/or conservation awareness programmes to enhance the tolerance of local communities towards snow leopards.

Finally, the reviewers recommend areas of snow leopard research that require increased investment and focus to ensure that snow leopard conservation is informed by adequate knowledge of a diverse array of conservation problems, is evidence-based and can meet the challenges of reconciling the needs of people and wildlife in the high mountains of Central and South Asia.

For example, several authors in the snow leopard range countries, predominantly China, Russia, Kyrgyzstan, Uzbekistan and Kazakhstan, publish in Chinese and Russian language journals not covered by the review.

The exclusion of this work is likely to have affected the results, specifically in the number of publications attributed to these countries as well as the assessment of the geographical coverage of snow leopard research.