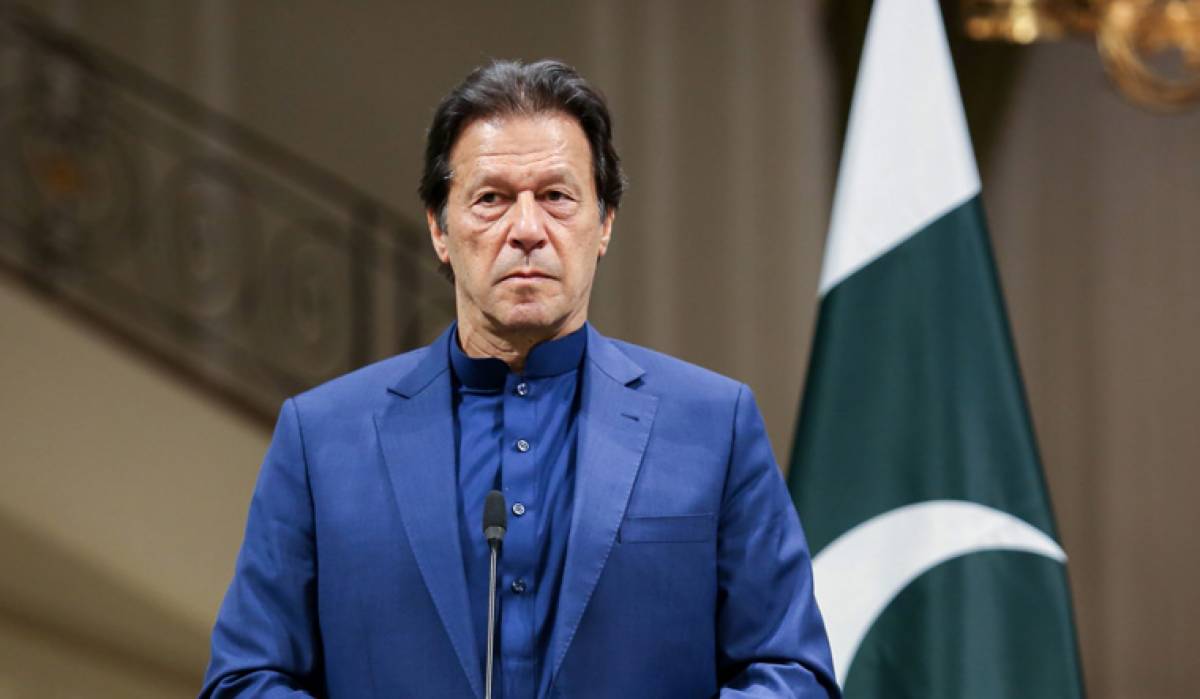 A furious opposition threatening to hold a long march, surrender before the government employees protesting for a pay raise, Nawaz Sharif’s departure to London, Kashmir debacle, handling of the Covid-19 pandemic, the egg in the face over a botched reference against Justice Faez Isa, the army chief’s extension, increase in power tariffs and medicine prices, a rowdy parliament, FATF legislation and sugar, wheat and petrol scams are some of the salient features and events that took place under the Pakistan Tehreek-i-Insaf (PTI) government, which completed half of its five-year term on February 17.

Terming the PTI’s rule as “disastrous” for the country and after holding a series of public meetings as part of their anti-govern- ment campaign from the platform of the Pakistan Democratic Movement (PDM), the opposition parties are now flexing their muscle, poised to begin a “decisive” long march next month, alleging that the govern- ment has failed at almost all the fronts.

On their part, the government ministers continue to blame the past rulers for everything that ails Pakistan including the economic mess, claiming the difficult time for the nation is about to be over as the country has been put on the right track.

Before the general elections in July 2018, Imran Khan as chairman of the PTI had announced his party’s ambitious “agenda” which included bifurcation of the Punjab province, austerity measures at the national level, a development package for Karachi, a programme for alleviation of poverty, creation of 10 million jobs, revival of manu- facturing, growth of small and medium enterprises sector, construction of five million houses, reforms in tax administra- tion and transformation of the state-owned enterprises (SOEs).

While the government has made some progress in fulfilling some of its promises through its Ehsaas Programme, launching of free Sehat cards and announcing some relief measures for the industries, particu- larly the construction industry, others like the creation of a new South Punjab province and revival of the SOEs seem too hot to handle for the government.

The government ministers also blame the Covid-19 pandemic for the lack of progress in some of the sectors, saying for the past one year, all focus of the government remained only on handling the pandemic and saving the people from its economic impact. They claim the government has successfully handled the Covid-19 situation which is acknowledged by many countries and international organisations.

The parliament’s performance under the PTI government, however, has remained below average. The members consumed most time in debating petty matters, continuing their corruption tirade against each other, causing uproars and even indulging in scuffles. The official data shows that during the past 30 months, the government mostly relied on ordinances for legislation and promulgated 46 ordinances.

The prime minister’s poor attendance of the parliament also remained under criticism from the opposition. Since assuming the office, the prime minister had attended only 26 sittings of the National Assembly which is in the third parliamentary year, despite the fact that he had declared he would personally respond to the questions of the members every week. Although the govern- ment moved an amendment to the assem- bly rules for introducing the “PM’s Question Hour”, but the assembly is yet to approve it.

There has been no parliamentary input at all in handling of the pandemic which is totally being taken care of by the National Coordination Committee and the National Command and Operation Centre. The parliamentary meetings on the issue remained confined to the briefings and PowerPoint presentations. The special committee of the parliament constituted by the speaker on Covid-19 could not play any role after the opposition’s boycott over the alleged biased conduct of the speaker.

In September last year, despite having a majority, the opposition faced a defeat in the no confidence motion against Senate Chairman Sadiq Sanjrani. The opposition leadership announced that it would take action against those who had ditched it, but no party dared take action except the Awami National Party.

The government also had to face the challenge of handling the protests by the religious-political group Tehreek-e-Labbaik Pakistan, first in the aftermath of the Supreme Court’s verdict in Aasia Bibi case and then after the republication of inappro- priate caricatures in France.

Amid opposition’s allegations of one-sided accountability, many opposition members remained either under NAB’s custody or in jail on judicial remand. Opposition Leader Shahbaz Sharif, his son Hamza Shahbaz and PPP stalwart Syed Khurhsid Shah have been under detention for quite some time now with the prime minister constantly vowing not to pardon those who had plundered national exchequer.

The government has also been avowedly making efforts to get Nawaz Sharif extradit- ed from the UK, but so far it has failed in this regard.

A member of the federal cabinet said that despite facing difficulties, the government had made tremendous achievements in almost all the sectors, particularly in economy and foreign policy.

“Our three achievements are improvement in economy, foreign policy and quality of democracy,” he said, maintaining putting Pakistan on the track of industrialization was the government’s biggest achievement.

Despite all odds, for the first time, he said, the industry had been revived with the increase in largescale manufacturing and export of textiles. According to him, the country’s ease of doing business ranking has also improved from 130 to 72 points which is second highest in South Asia.

He admits the government is facing some difficulties in checking the price-hike but says although the prices of sugar and wheat have seen some increase, the farmers have got best prices for wheat and sugarcane in the country after a very long time.

The second biggest achievement, he said, was “improvement in the country’s foreign policy”, maintaining the government had succeeded in reviving ties with the US and at the same time they had warm relations with China.

The minister claimed that the law and order situation had also improved, saying the terrorism was at its lowest ebb in the country during the past two decades and cricket had been revived.

According to him, the year 2020 was the first year in the past 15 years when not even a single incident was reported against the Hazara community in the country.

Unfortunately, he said, an incident took place in the beginning of this year.

About the much-hyped austerity measures which the government had announced soon after coming into power, the minister claimed that the campaign was still going on and the expenditures of Prime Minister and governor houses had been cut drastical- ly. He said the Governor House in Punjab was still open for the general public and even a restaurant had been established there.

Moreover, he said, a bill seeking to convert the PM House into a university had already been introduced in the National Assembly and a huge amount of PKR 32 billion had been allocated for the project this year.

The minister admits that the government had to rely heavily upon ordinances for the legislation because of the opposition’s behaviour and not having a majority in the Senate. He accused the opposition of making the parliament dysfunctional, saying the opposition only wanted concessions in corruption cases.

The government which has already faced a long march and a sit-in by the JUI-F in October 2019, is now ready to tackle another one – this time from the combined opposition. Handling the long march will definitely be a test case for Interior Minister Sheikh Rashid Ahmed, who had been in the cabinets for the past more than three decades and holds a key ministry.