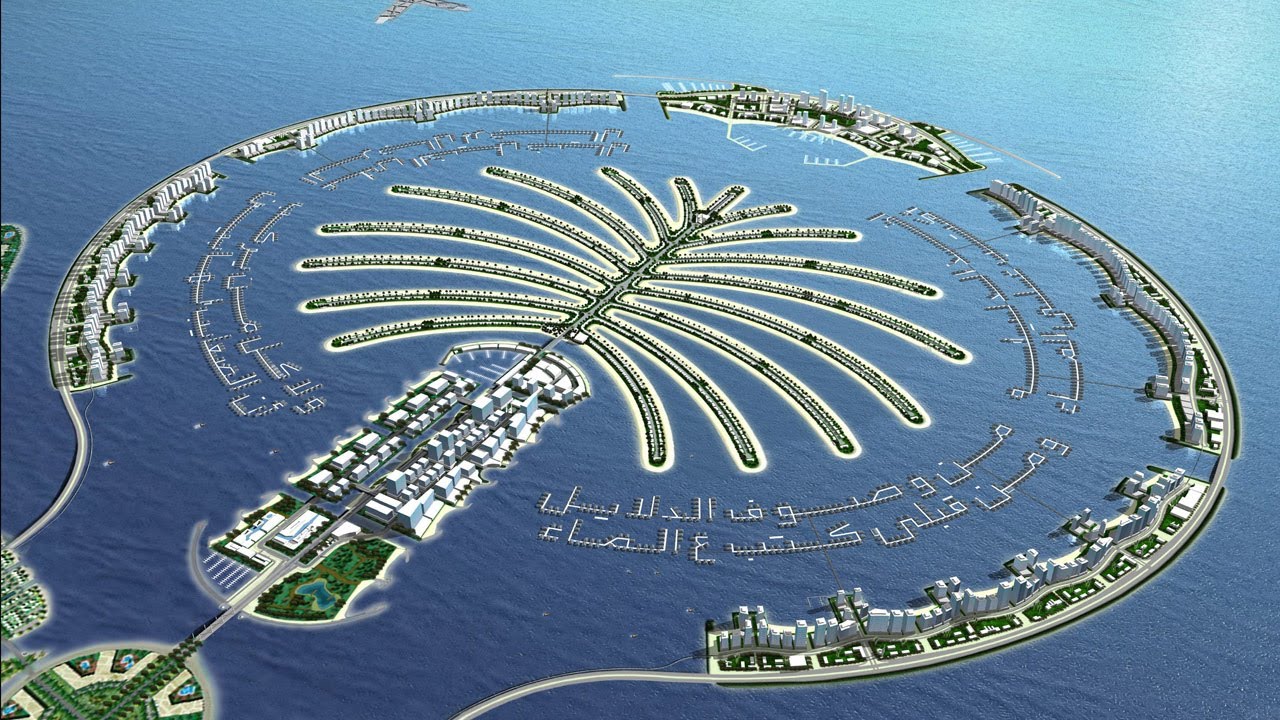 The Federal Board of Revenue (FBR) has once again said it intends to investigate some 1,913 Pakistanis who purchased properties worth PKR 122 billion in Dubai in 2019.

According to the Dubai Land Development Authority (DLDA) data, Pakistan is among the top six investing countries whose nationals made investments in real estate sector in 2019. Among other big league investing nations are the Kingdom of Saudi Arabia and India.

“The Dubai Land Department Authority is sharing the details of these Pakistani investors”, said a senior FBR official told. “The FBR is going after them and would send notices to such peoples who have not declared their assets”.

The official who spoke to The Truth International on condition of anonymity did not know how many of the investors under the spyglass held UAE residence permits at the time they invested in Dubai 2019. Asked if the FBR hoped to receive tax details of those among the investors under scrutiny who held the iqamas, the official was evasive.

Pakistan has been struggling hard to get the details of those Pakistanis who are purchasing properties through Permanent Residence Certificate (PRC) – popularly known as iqama. The FBR had sent several letters to Dubai tax authorities requesting tax information and bank account details of Pakistani Iqama holders. On every occasion, Dubai tax authorities have declined the request, citing legal obligations.

“This fishing exercise would never yield any tangible results until and unless the FBR sends specific cases of individuals or companies who are purchasing luxury properties for the last so many years in Dubai”, the official said. “In fact, FBR has never asked Dubai authorities to share tax details of particular individual or company. They always send a general letter seeking bulk of information”.

According to FBR, Pakistanis who hold UAE Iqama are treated as UAE nationals and the UAE government has not provided information about them.

Former Chairman FBR Shabbar Zaidi says he tried to broach the iqama abuse issue as well as a revision of bilateral tax treaty with UAE but the initiative got nowhere. “UAE authorities declined to provide details of Iqama holders without giving any specific reason”, he told The Truth International (TTI).

The official speaking off-the-record scoffed at Shabbar Zaidi’s logic, maintaining it was insane to change Pakistan’s laws and implement it in Dubai. “The world would ask what we are smoking”, he said. “Also, when you borrow a billion dollars from Dubai, how can you ask Dubai to play by Pakistan’s rules?”

Under the avoidance of the double taxation treaty with the UAE, information can only be requested if a company is registered in someone’s name. It is not permissible to seek the general data of all Pakistani investors from Dubai.

During his tenure, Shabbar Zaidi argued Iqama was a residence certificate which did not allow huge investments, but Dubai authorities would not have any of it.

Supreme Court of Pakistan was told in 2018 that Pakistanis have stashed USD 150 billion abroad. Zaidi suggests are methodology to trace out the Pakistanis stashing big money abroad. “You want the names of Pakistani owners of USD 120 to 150 billion held abroad? Start with the names of all Pakistani foreign account holders. Identify debits from 1992 to 2018 exceeding USD 100,000 – the trail will lead you to straight to the big stashes.”

Immovable Properties purchased by Pakistanis’ in Dubai are categorized as offshore assets. The FBR can investigate Pakistanis who are offshore evader(s) or offshore enabler(s). However, before initiating investigation, it is important for FBR to get definitive information.

Definite information in hand, the FBR can initiate an investigation under income tax laws.

Data of Pakistanis having residence through investment in UAE was provided to Pakistan. Data is shared each year in September but according to FBR data shared by UAE is insignificant as the individuals mentioned in the list had no significant balance in accounts. Many had already availed amnesty schemes introduced from time to time.

Residence through investment in real estate requires minimum investment of AED 1 million and the UAE has not provided information of these big investors which hold real significance.

According to FBR most of the Pakistanis have declared their Dubai properties in the tax amnesties of 2018 and 2019. In UAE 1,365 properties belonging to 537 individuals have been found while 316 people having assets in Dubai had availed amnesty scheme of 2018. Likewise, in 2019 about 346 billion PKR worth declarations were made only from Dubai.

In November 2017, the Federal Investigation Agency (FIA) had confirmed that it has traced out 100 Pakistanis who purchased properties in Dubai and an investigation was started but there was no follow-up of the report and no one knows the fate of the inquiry.

Similarly, the Supreme Court was informed by the FIA that 220 new individuals had been found holding 656 properties in the UAE, but again there was no follow-up.

In the past, the FBR has failed to take any action against investors who have been buying luxury properties even without the knowl- edge of State Bank of Pakistan and the Ministry of Finance.

In 2019, Pakistan officials held a meeting with authorities in Dubai. The parties agreed to exchange information of thousands of Pakistanis who had purchased lands worth billions of dollars. Director General (International Taxes), FBR, also approached his counterpart in the UAE to take up the issue with their tax authorities.

In addition, Adviser to the Prime Minister on Finance Abdul Hafeez Shaikh wrote a letter to the OECD to start crackdown against all the countries that are selling the ‘artificial’ residence under the cover of Iqama.

International Tax Expert and Supreme Court Lawyer Ilyas Zafar agrees the UAE has been reluctant in the past in sharing details of iqama holders but says things are taking a turn for the better. “It appears that UAE has realized the gravity of the situation and appears to be finally opening up its cooperation internationally in light of global efforts to curb the menace of tax evasion and money laundering under the garb of iqama and other schemes”, he told The Truth International while discussing Dubai properties of Pakistanis.

Zafar is of the view that UAE is not providing details of iqama holders because it regards them as its residents, who the UAE authorities believe are not covered by the Pak-UAE mutual tax treaties. “The UAE is not cooperating in the provision of actionable bank account information of Pakistani tax residents who are purportedly hiding behind the Iqama-based artificial residential status”.

He said that the stance of Pakistan regarding iqama is that it is a ‘work permit’ but UAE regard it as residentship – and maintains information on residents cannot be provided. Pakistan took up the matter with the OECD who agreed with the Pakistani interpretation and assured Islamabad to take up the matter with the UAE. However, the UAE is still non-cooperative in these sensitive matters.

Under the Pakistani income tax law, a person who conceals an offshore asset (offshore evader) with revenue impact of PKR 10 million can be imprisoned for up to three years along with a fine of up to PKR 500,000.

Offshore enablers can be punished with up to seven years of imprisonment along with a fine of up to PKR 500,000. As well, the FBR can publish the names of offshore evaders and offshore enablers.

Ilyas Zafar says activities like hundi, hawala, over-invoicing, smug- gling and schemes like Residence by Investment (RBI), Citizenship by Investment (CBI) and Iqama are often exploited to siphon illegal money or to evade taxes – among other offenses.

“UAE fears that it will lead to shattering of investor’s confidence who are an important source of foreign investment and thus play an important role in the development of the UAE,” says Ilyas Zafar. “It’s a common perception in the UAE that if the authorities divulge such details, investors’ confidence will be shaken, which is detrimental to the interests of the Emirates.

“Pakistan should make all-out efforts to make bilateral mutual legal assistance agreements with the UAE for disclosing identity of tax evaders. It is important to address concerns of UAE, if any.

“Besides that, there is a dire need to raise hue and cry in all regional and international forums that exchange of information of tax evaders is a collective responsibility of all nations. Pakistan should ask United Nations to impose financial restrictions on countries who are non-cooperative in such matters”.

Commenting on the situation, FBR Spokesman Nadeem Rizwi said, “FBR is aware of these properties in Dubai but it cannot change tax law. The Parliament has the power to revise such agreements”.