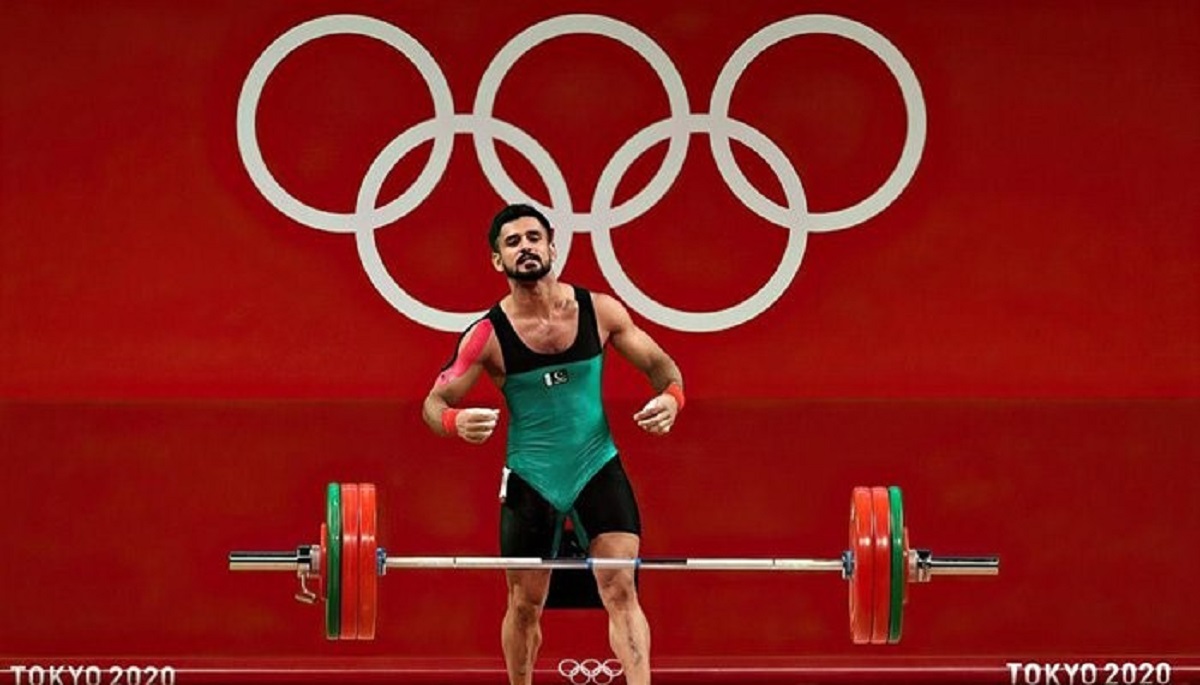 Pakistan is celebrating weightlifter Talha Talib for his performance at the Olympic Games Tokyo 2020 and our celebrities are no exception. Many took to social media to celebrate Talib as a national hero whose efforts have made everyone proud, despite him missing out on a medal.

The Olympic Games Tokyo 2020 started on July 23 after being postponed for a year due to the Covid-19 pandemic.

Participating in the Olympics for the first time was the 21-year-old weightlifter from Gujranwala who placed fifth in the 67kg weightlifting category. He held the gold medal spot until the final round before eventually being bumped down and denied a place on the podium.

Despite a severe lack of support and resources from the state, Talib was able to give a performance that has won him praise from celebrities and athletes across social media.

Khan took to Twitter and posted, “You’ve made us all very very proud!” alongside a picture of Talib from the Olympic Games.

Singer-songwriter Azhar highlighted how Talib “stood up and made the whole nation proud”.

The actor took to Twitter to post about how Talib had “won our hearts” with his performance at the Olympics.

Singer-songwriter and pilot Alam was also quick to commend Talib for his effort and hard work regardless of the loss. “So close yet so far away,” he posted on Twitter. “Proud of you.”

He stated that “people or federations [who do] not support athletes like you — by not providing necessary facilities — should be [held] accountable.”

Congratulations to the athlete on his commendable performance at the Olympics and for making Pakistan so proud.