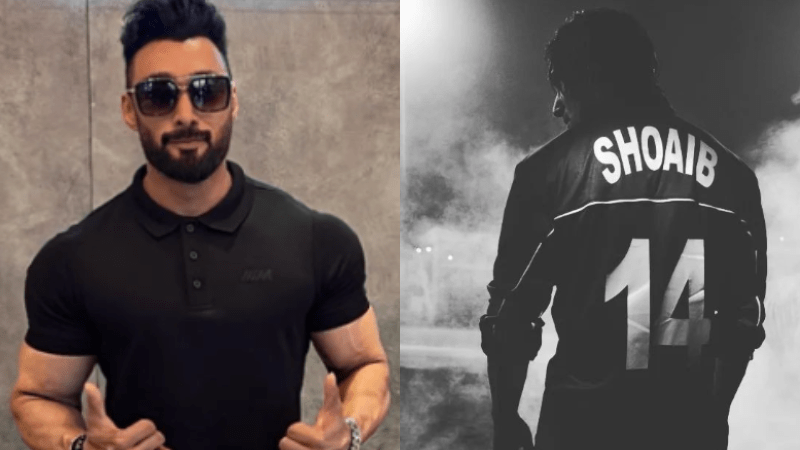 The singer-actor has Umair Jaswal is no longer playing Shoaib Akhter in the biopic for “creative and personal reasons”. Jaswal shared an Instagram post, “ I have decided to step away from the Shoaib Akhtar biopic project Rawalpindi Express.

While Jaswal is out of the picture as the pacer, he wished everyone involved with the project “all the very best” with a photo of himself as Akhtar in his iconic number 14 jersey.

His brother, fellow singer Yasir Jaswal, commented, “More power to you my love. Upwards and onwards,” on his post. He also received a similar comment from his actor-wife Sana Javed.

Muhammad Faraz Qaiser directs the biopic written by Qaiser Nawaz and produced under the banner of Q Films Productions.

The team has yet to announce the entire cast and the new actor who will play the cricketer’s role in the film.

The biopic of Akhtar Rawalpindi Express was to release on November 16 2023. It is unclear whether the change in lead actor will affect the release date

Akhtar nicknamed the “Rawalpindi Express” is renowned for his lightning-quick pace and ability to bowl fierce bouncers. His bowling making the batters of his time fear while taking the crease against him.

The former right-armer also holds the record for the quickest delivery, 161.3kph in the bowling history of the cricket.

“I’m honored to play the living legend, Mr. Shoaib Akhtar on the big screen in Rawalpindi Express. With Allah’s blessings may we succeed in our endeavors. We look forward to bringing to you a first-of-its-kind biopic film worthy of worldwide recognition,” the singer announced.

In July, Akhtar had announced that a biopic about his life’s journey is underway. Before taking retirement in 2011, Akhtar represented Pakistan in 224 international matches and claimed 444 wicket.

In this article:rawalpindi express, Umair Jaswal