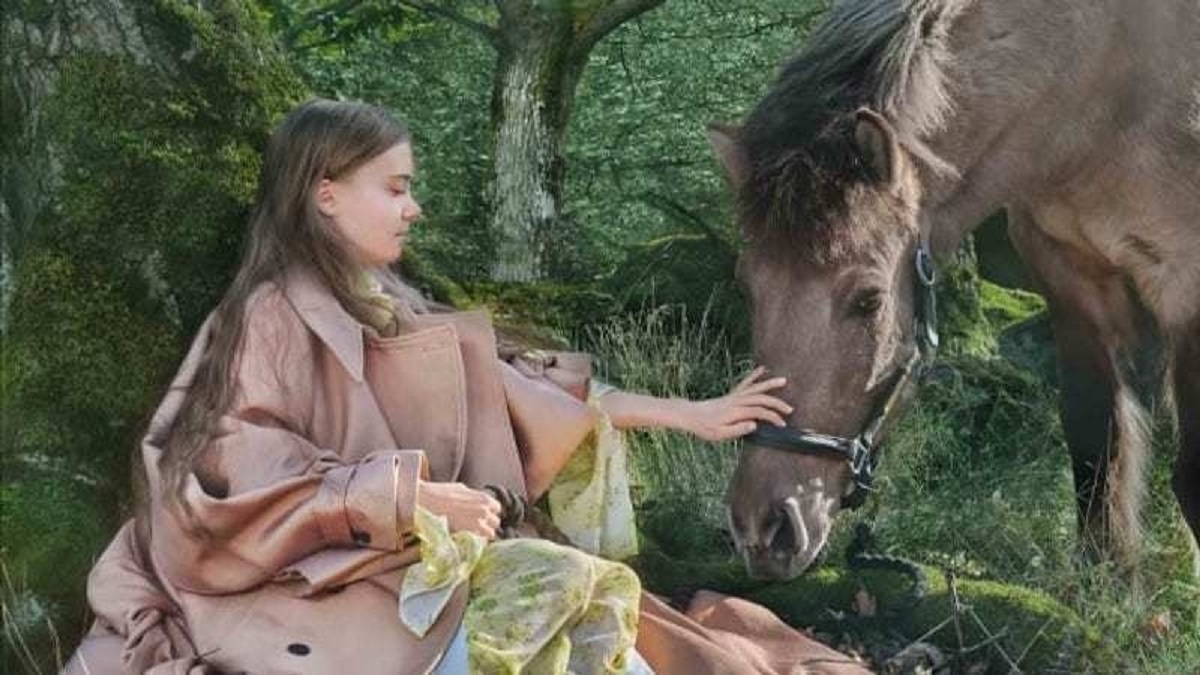 The magazine’s editor-in-chief Martina Bonnier wrote in her editor’s letter that Thunberg is “a singular Scandinavian figure and force of change, [and] also embodies the love of nature, pursuit of sustainability and unabashed fearlessness that is at the core of our vision.”

In her cover story, Thunberg spoke about sustainability in the fashion industry. She also called out fast fashion and ‘greenwashing’ in a series of social media posts while sharing the magazine cover.

“Many make it look as if the fashion industry is starting to take responsibility, spending fantasy amounts on campaigns portraying themselves as ‘sustainable,’ ‘ethical,’ ‘green,’ ‘climate neutral’ or ‘fair,'” she wrote on Twitter. “But let’s be clear: This is almost never anything but pure greenwash.”

A greenwash is to promote an eco-conscious image without making a meaningful change.

Thunberg is known for her dedication to sustainability and the environment. She first gained fame when she protested outside the Swedish parliament at age 15 and demanded the government lower its carbon emissions. Ever since she has become a poster child for environmentalism. She later sailed across the Atlantic Ocean to New York for the UN Climate Action Summit.