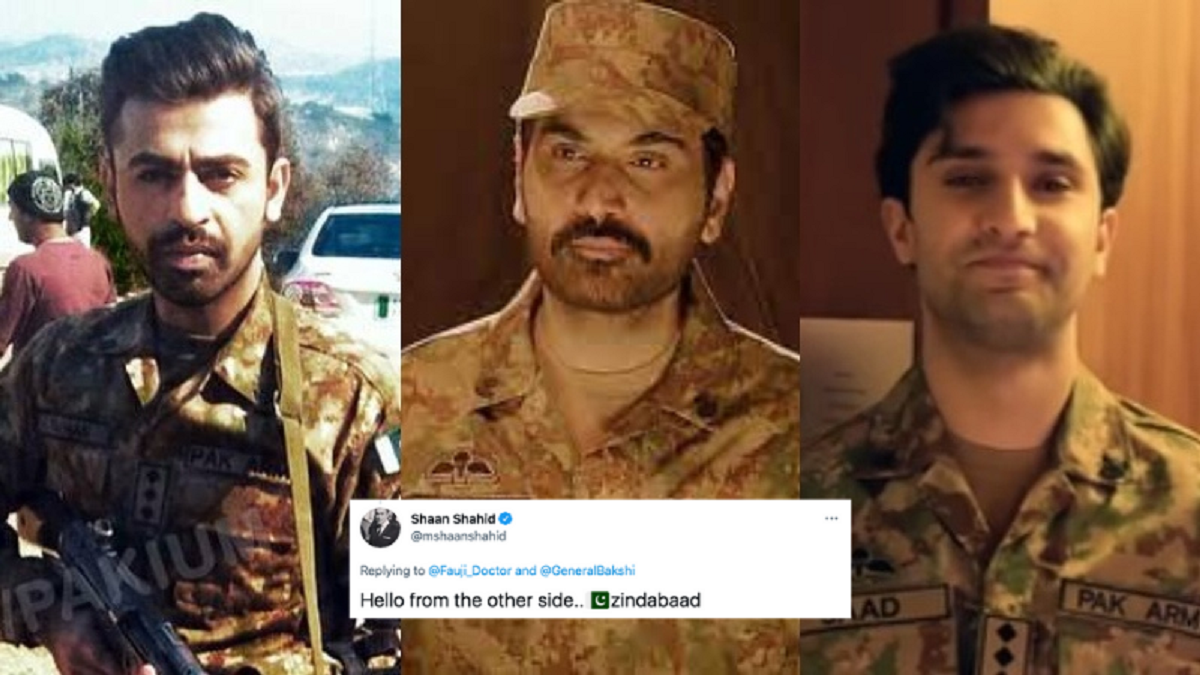 Some retired Indian soldiers are certain Pakistan Army soldiers are dying in the Panjshir Valley front, left and centre but their only reliable news source on the matter seems to be Twitter. And we all know how reliable Twitter is.

What started off as nationalist propaganda started by former Indian army officer Major Gen GD Bakshi against an alleged attack on the Pakistan Army in Panjshir Valley, already, took a hilarious turn when another retired officer, Major General Harsha Kakar retweeted what seems to be a troll on Bakshi’s original post.

Completely unaware of the facts and the nature of the tweet, Kakar responded with the following:

The picture is from the sets of Pakistani action thriller Waar released in 2013 and features actors Shaan Shahid and Umair Jaswal. The two actors became “casualties” in the Indian officers’ tweets.

The tweet quickly blew up as Twitterati from Pakistan came to the rescue with hysterical responses including responses from the actors themselves.

Shaan’s quirky response had us laughing all weekend.

This soldier seemed to have caught more attention than others as an Afghan journalist, Noor Quraishi, shared his picture on Twitter. He was later told, however, that it was actually a picture of Aamir Liaquat from a promotional video. Guess Liaquat is a pretty good actor.

Pak-India banter will probably never get old but we’d just like to remind our readers that there’s a fine line between humour and insensitivity. Our celebrities tend to have a light-hearted approach when it comes to trolling haters and dealing with fake news but let’s not get too carried away. And remember everyone: don’t believe everything you read on social media!