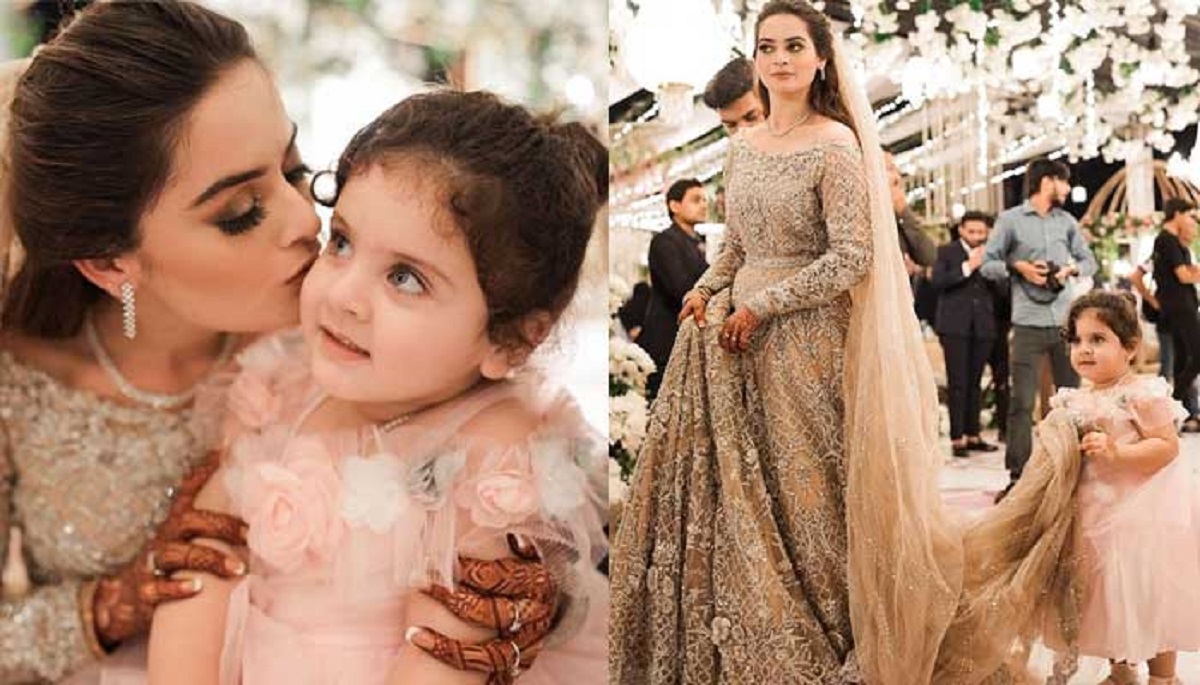 Pakistani celebrity couple Aiman Khan and Muneeb Butt’s daughter Amal Muneeb turned a bridesmaid for her aunt Minal on her wedding and the sweet photo of her has taken the internet by storm.

Taking to Instagram, Minal, who tied the knot to Ahsan Mohsin Ikram on Friday, introduced her bridesmaid to fans.

Sharing the stunning photos from her valima ceremony, the Sun Yaara actor captioned one of the pictures as, “My cutest bridesmaid”.

In the photo, two-year-old Amal can be seen holding aunt’s dress carefully.

The endearing photo has won the hearts of fans on social media.

Minal, who changed her last name on Instagram profile after the wedding, also mesmerized her m

Fans and fellow showbiz stars showered love on the couple after Minal posted the valima pictures.