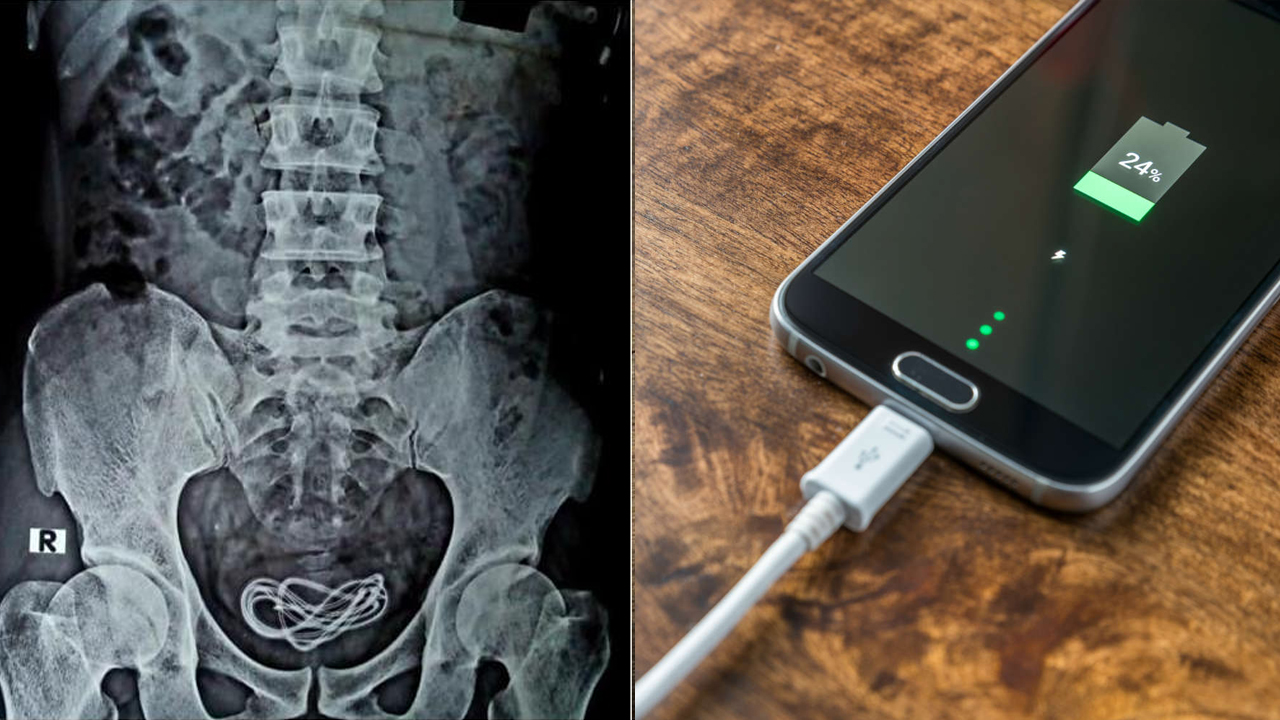 A 30-year-old man in Guwahati Hospital, North India came to a doctor complaining about abdominal pain. On taking an X-ray it was found that he had a 2-foot long mobile charging cable to which he admitted to having a similar ‘accidental’ experience but with swallowing earphones. Even though the doctors believe both the times the patient swallowed them for ‘sexual gratification’. After a 2 days course of laxatives and a 45 minutes surgery, the charging cable was successfully removed from the bladder, however, the surgeon said that they weren’t sure if the surgery would be successful since this was the first time in his 25 years of career that he has witnessed such a case.