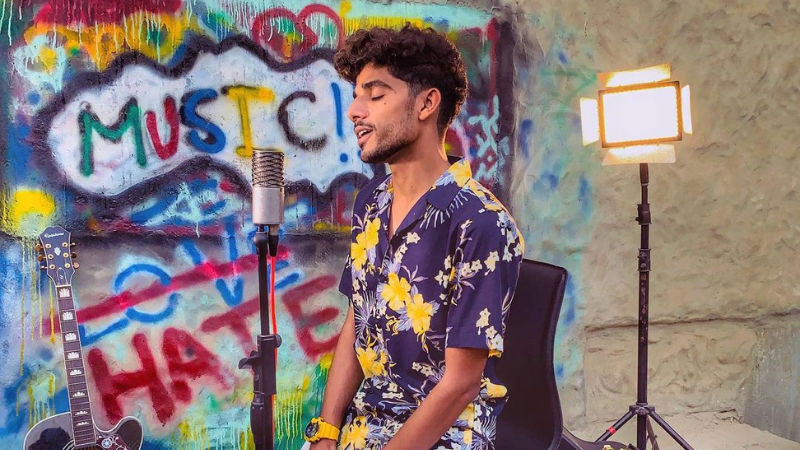 Terming the incident disgusting and unacceptable, the ‘Kahani Suno’ singer strongly denounced individuals “who feel entitled and think it acceptable to act inappropriately”

“Hello everyone. I would just like to clarify the fake news that’s circulating around about me getting injured during my performance at the Karachi Eat yesterday [Sunday] which is not true. I appreciate everyone being concerned about my well-being and inquiring about it, but I am totally fine,” Khalil wrote in his statement.

He said he’s “disappointed and upset” because of the incident where women who came to “enjoy the evening with family and friends were harassed and treated inappropriately by a group of individuals that lacked decency and common sense”.

Khalil stopped his performance at the event midway and left the stage and took to Instagram and Twitter on Monday morning. He issued an official statement denying reports that he was injured but slamming the gate crashers.

The annual Karachi Eat was held this past weekend, celebrating 10 years of the food festival. The ruckus on the final day however marred the event for many, with claims of gate crashing and harassment circulating on social media. Claims were also made that singer Kaifi Khalil was injured during his performance but later debunked by the singer, who shared a statement assuring fans that he is fine, albeit “disappointed and upset” by the lack of decency shown by those who reportedly harassed women at the event.

The event was held at Beach View Park in Clifton. “The Eat Festival came to life 10 years ago to bring diverse good food, the citizens of Karachi, and music all together under one roof,” read a statement by the food festival’s organizers. “Over the years we have taken the brand to Lahore and Islamabad with the same aim in mind. Despite our most stringent efforts, the closing day of our 10th Eat Festival saw unruly crowd behavior and some very unfortunate and sad incidents occurred.

“This vengeful disregard for rules and regulations gave rise to events that caused much discomfort to innocent people as gate crashers ran amuck. The crowd at the venue on Sunday was less in absolute numbers than on Saturday but because there were no unruly gate crashers, the first two days ended on a civilised note. Regardless, we are collecting the data and conducting a deeper investigation into the matter of surveillance, breach of boundary walls and the need to up the restrictions of what is brought into the arena. Our thoughts and sincere apologies for all who were affected by the unruly crowd and the innocent people who were caught in the crossfire.”

“The event got cancelled mid performance because I couldn’t continue with what was going on and because it became a safety concern for people in the audience as well. I request organizers to please take into consideration the safety of everyone attending when choosing the venue for such events specially the ladies, so such incidents don’t happen. These events get organized so that people can come out to enjoy but there are some people who ruin the entire experience for everyone,” he said.

The ‘Kahani Suno’ singer shared that this was his second experience with this kind of situation and called it “disgusting and unacceptable”. “How can I perform when this happens? I request everyone please be mindful of each other and treat everyone with respect. THIS IS A MESSAGE TO ALL THE PEOPLE THAT FEEL ENTITLED AND THINK IT’S ACCEPTABLE TO ACT INAPPROPRIATELY AND HARASS SOMEONE,” he reasoned.

Reports on social media suggested that single men forcefully entered the event and that people had to leave through spaces between walls and even scale them. Social media was filled with people sharing their experiences at the festival. People described “a family only’ event turned into an ‘all men’ event” and some said they were harassed at the venue and separated from their friends due to the crowd.

However, South SSP Syed Asad Raza told Images that no case had been registered about any untoward incidents at the event.

SSP Raza said that a huge crowd had gathered and some of them who did not have passes tried to enter but the management and the police closed the doors for a while. However, some people entered it by scaling low walls and contingents of police rushed to the spot to remove them from the premises. “The mismanagement was partly created by physical checking of passes that led to crowd of people gathered before entry gates,” said the officer.

He said that no one was arrested nor had a case or complaint been registered by the management of the food festival.