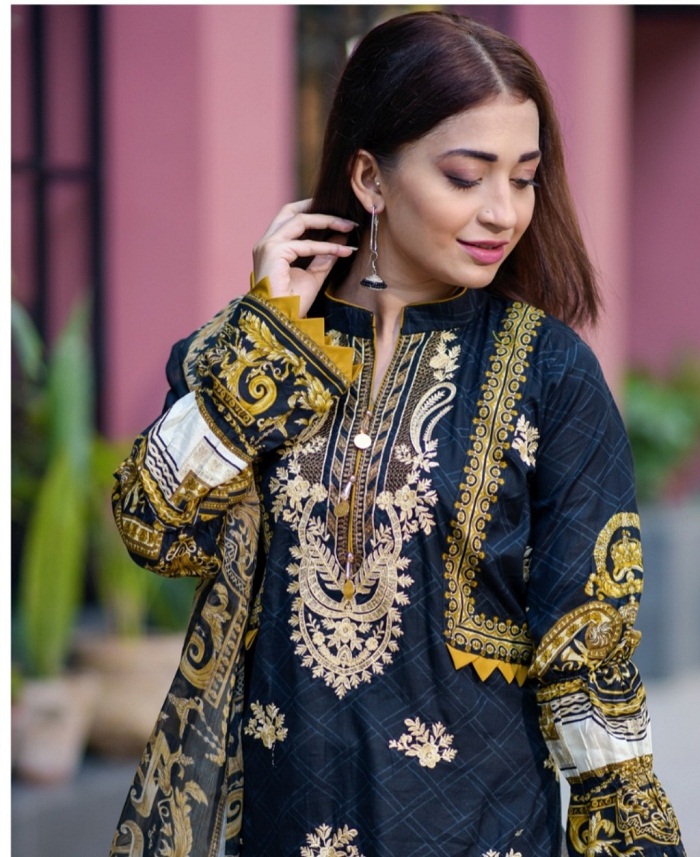 KARACHI: Talking about her career, the actress and model Ilma Jaffery said that she had signed new projects. “I want to be a leading actress in the country, I like to play challenging roles. After excellent performance in various drama serials including Sitam, Tana Bana, Ajnabi Hum Safar and other TV serials, I have learnt a lot.” She said.

She further said, she would appear in a new style with unique roles. She said, “I am working to create my unique identity in the drama industry. I like to play challenging roles. I introduced myself in this field by modeling and acting, I want to know more about the mysteries of performing arts in performing arts institutions for which I want to join NAPA (National Academy of Performing Arts). I have worked in cosmetics and lawn commercials. I am getting lucrative offers from many advertising agencies for TV. Commercials but my first priority is acting. I want to perform both serious and comic roles in dramas. The graph of the drama industry is increasing day by day as compared to the past. After the closure of foreign content, the Pakistani people are watching locally prepared soaps and love to watch Pakistani content. Our plays are also being shown in other countries, which is also giving international recognition to the artists.”

Regarding her work in films, she said, “I will soon work in films. I am currently polishing my acting skills in TV dramas and want to create my unique identity as a perfect actress and model. New serial with Yasir Hussain is being completed. The Parizad serial has become a source of my identity. I learned a lot from Ahmed Ali by working with him and other senior artists. I worked in the play ‘Tanabana ‘with actress Aliza Shah who became my best friend.”

Written By Muttahir A. Khan