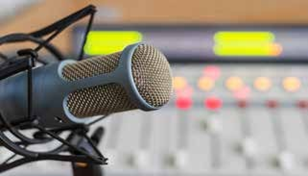 Two classical music related units at Radio Pakistan Lahore have been close down due to acute shortage of trained, professional and experienced manpower and financial problems and crisis.

Apparently, the Classical Music Research Cell has been shut down temporarily due to a lack of professional and experienced manpower interested in conducting research in classical music while the Central Production Unit has since been merged with the Broadcasting House itself thus ending its independent status and as such it is non-existent for months together though the building is still there.

The Classical Music Research Cell was founded by the late Mr Faiz Ahmed Faiz in June 1974 when the prominent poet, journalist and intellectual was working as Consultant for Cultural Affairs, Federal Ministry of Education. It was initially established in a rented bungalow in Gulberg Lahore and shifted to the basement of Radio Pakistan Lahore in 1978.

A three year performance report of the Cell was prepared in June 1977 and its one page preface was written by Mr Faiz himself, signed 1 July 1977.

The preface to the performance report makes interesting reading and is partly being reproduced here for the information of the readers particularly those interested in classical music directly and indirectly.

“The Cell was intended to conduct and to sponsor research in all branches of classical music and to arrange publication of research material, to re-appraise, by research and investigation, the contribution made by Muslim musicians, both by individuals as well as by schools or gharanas, to the development of classical music, vocal and instrumental, to collect all types of printed material on music i.e., books, manuscripts, articles, magazines etc. with a view to set up a reference library, to obtain photographs or portraits of eminent musicians together with their biographical data, to establish a sound library of magnetic tapes, cassettes, gramophone discs etc. of famous Muslim musicians.”

“The other objectives visualized for the Cell included collection of musical instruments of Muslim origin from foreign Muslim countries to prepare gramophone discs, tapes and cassettes for the popularization of classical music and to educate public taste in the appreciation. (Under the scheme a set of 20 LP records of seven famous Muslim Gharanas viz., Agra, Delhi, Gwalior, Kirana, Patiala, Sham Chaurasi and Talwandi, sung by their renowned representatives in their own characteristic style has already been prepared will be available for sale soon.)”

“The Cell began to operate with these very large objectives but with practically no funds and with a one man staff. The same question continued for nearly two years when a small grant was made available for the Cell by the Federal Ministry of Education. Nevertheless, as the pages of the progress report will show, it has succeeded in amassing a fair body of research material of considerable value despite these seemingly prohibitive handicaps. This was made possible through the generosity of private donors whose names appear in the report, a small grant from the Ford Foundation, and above all the resources, fullness and dedicated efforts of its one man establishment namely Mr M.A. Shaikh who was assisted in his difficult task by various institutions e.g., Pakistan National Council of the Arts, EMI (Pakistan), Pakistan Television Corporation, United States Information Service Lahore, Goethe Institute (Pak-German Cultural Centre) Lahore, Iran Cultural Centre, Lahore and a large number of eminent musicians and music lovers.”

“This report bears ample testimony to the fruits of these labours. The Cell can already boast of a reference library of over 400 rare book, manuscripts, micro-films, and a large collection of journals, magazines and learned articles which are available to all students of music. It has also managed to collect well over a hundred photographs and portraits of eminent musicians, past and present, together with their detailed biographical data categorized according to various schools and various periods of musical tradition. Copies of these photographs are made available to interested parties. It has also setup a free service in a small recording studio for recordings of this large library of music records, tapes and cassettes including music from 48 foreign countries that all music lovers can avail of.”

Little did Mr Faiz realize or anticipate that the democratically elected government of Prime Minister Zulfikar Ali Bhutto was to be overthrown by the then Army Chief General Zia ul Haq four days later on 5 July 1977. However, the Cell appears to be one of the institutions that survived the onslaught of the martial law.

The report covers the initial three years period of the Cell, which went on to score an array of achievements in the following years after it was moved to a basement at Lahore Radio Station building. For want of space, the achievements are being briefly mentioned here.

Until recently, the Cell had collected articles, books, research papers and manuscripts in English, Urdu, Persian and Hindi languages. It had amassed a collection of more than one thousand titles for the benefit of music lovers and researchers. Copies of some rare and ancient manuscripts were provided by the India Office Library.

The Cell has many achievements to its credit including publication of rare books which may be mentioned some other time.

A large part of the credit for the Cell’s outstanding performance must be given to the steadfast devotion and dedication of Mr M.A. Shaikh. He was working on contract which was extended on annual basis by Radio Pakistan administration. Around 15 years ago, he developed differences with Radio Pakistan bosses, left the job, and moved to London where he died after some time.

Radio Pakistan authorities continued to run the Cell, posting people from among the existing staff or from outside as well on contract basis as regular employees were fast attaining retiring age and not all senior employees had an interest in classical music whatsoever.

The problem aggravated greatly when on 27 January 2011, the Supreme Court of Pakistan banned with immediate effect re-employment of retired employees and hiring of services of desired persons from outside on contract or daily wages basis.

In view of this ban, Radio Station ran short of manpower which could be entrusted with the important task of managing the Cell and as such was left with no option but to close down the Classical Music Research Cell a couple of months back after 47 years of its being established.

Thanks to the exertions of the Cell, a surprisingly vast treasure of classical music lies buried in the Classical Music Research Cell located in an underground chamber of Radio Pakistan Lahore.

Unfortunately, however, music lovers and researchers do not seem to be either aware of its existence or making much of it. Huge genealogical charts of the various gharanas adorn the stairwell down the basement, which are covered by dust and hardly readable.

In view of persisting shortage of interested, classical music minded professionals facing Radio Pakistan, will this vast treasure be safeguarded and preserved for the posterity, please?

As for the Central Production Unit, it was established in around 1970s when the erstwhile Radio Pakistan was transformed in a corporate body as Pakistan Broadcasting Corporation. The Unit was established as an independent entity although situated within the compound of Radio Station Lahore.

A new single storey building was constructed in the open space at the back of main building of Lahore Radio Station mainly for production of quality dramas, features and music. It had three studios and an orchestra whose members were paid special salaries comparable with the pay scale of senior producer of Radio Pakistan.

Last year, the Central Production Unit was merged with main Broadcasting House owing to acute financial problems. All the classical singers and musicians associated with it had retired over the years one after the other with the exception of one tabla player and one violinist, who were transferred to Broadcasting House Lahore but have also retired by now.

With the passage of time, as the producers were posted from BH Lahore, the Central Production Unit lost its main objective of producing quality dramas and features and was only confined to classical music by the producers who were more inclined to music and themselves also had singing talent.

The premises is lying vacant now and may be rented or leased out to a federal government entity sooner or later, according to some reports.

Financial problems and difficulties facing by Radio Pakistan Lahore, the second oldest in the country after Peshawar Radio Station, can well be judged by the bitter fact that telephone connection to it was disconnected about an year ago on account of huge outstanding bills. These telephone lines have not yet been restored by paying long overdue payment and the producers and other officials have to rely on their cell phones for performing their professional and official duties.

Radio Pakistan has no source of income of its own. Proceeds from commercial advertisements are not much as the advertisers are more interested in their commercials on TV channels both in the public and private sectors. As such, Radio Pakistan has to rely for all expenses on the federal government from where it gets no prompt and quick response to its heavy demands.

Domestic electricity consumers for months and months together are paying PKR 35 per month as TV Fee along with their bills. But nobody up and down in the federal government or the parliament as such seems to be mulling over possibility of adding just PKR 5 and making it TV & Radio Fee PK 40 in the electricity bills.

Even this small amount of PKR 5 will generate substantial money for resource-starved Radio Pakistan every month and reducing financial liabilities of the federal government vis-à-vis Radio Pakistan. Will someone in the corridors of powers give this suggestion a thought to relieve PBC from chronic financial woes to some extent?