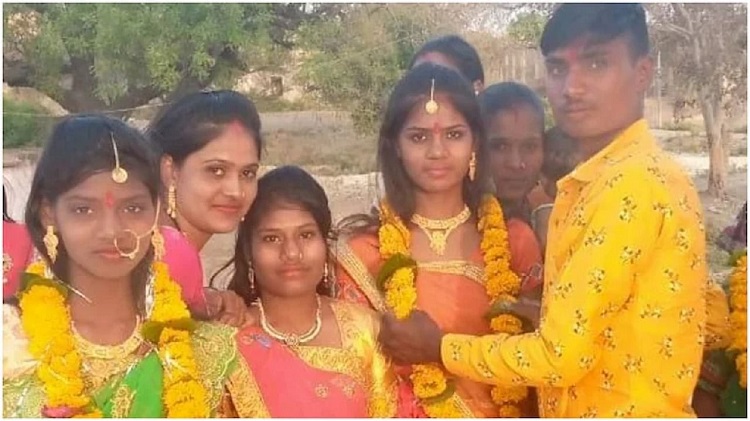 Exchange of brides in marriage has been reported in a ceremony in India when load-shedding haunted the wedding ceremony of three couples. However, this ‘mishap’ was noticed by the couples and family members well in time and the real brides and grooms got married as per the actual arrangement without facing further embarrassment.

The incident took place in Aslana village of Ajin district in India where three sisters were getting married while the area faced a sudden power outage during the combined wedding ceremony. Worship was going on in the room at that time, BBC reported it today.

In such a situation, the brides of the two bridegrooms changed, due to which the brides performed the ritual of ‘pooja’ with different grooms, but before the turn, electricity came and it was found out that the brides have sat in the ‘pooja’ with the wrong groom. The girls were seated with their actual future husbands and then the marriage began.

On this day, the marriage of three daughters and a son of a man Ramesh Lal Rotila was arranged simultaneously which caused embarrassment to the brides, grooms and their families due to unexpected power outage being experienced in this region.

India and Pakistan are among those countries which are facing power outages in this sultry weather due to various reason, including shortfall in the production of electricity and a vulnerable power distribution network which does not bear load during peak hours.