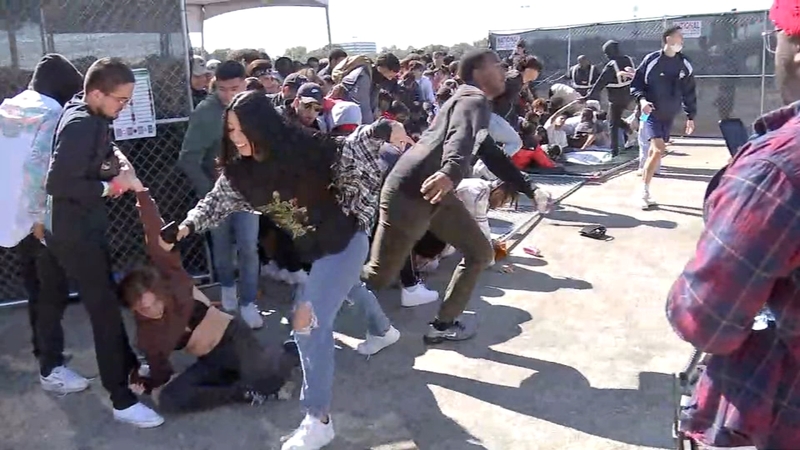 About people were killed and many injured in a stampede during the first night of a music festival in the US state of Texas.

The fire chief of Houston confirmed eight deaths at the Astroworld Festival, where stampede occurred during a performance by rapper Travis Scott. Scott introduced this annual event in 2018.

“We had at least eight confirmed fatalities tonight and scores of individuals that were injured,” fire chief Samuel Pena said.

Pena said the incident occurred when people began to crowd around the stage at about 9:15pm local time.

“It happened all at once. It seemed like it just happened … over the course of just a few minutes,” said Houston Police Executive Assistant Chief Larry Satterwhite.

“Suddenly we had several people down on the ground, experiencing some type of cardiac arrest or some type of medical episode,” he added.

Officials transported 17 people to the hospital, including 11 who were in cardiac arrest, Pena said. Many people were also treated at the scene at NRG Park, where a field hospital had been set up.

The Houston Chronicle reported performer Scott had stopped multiple times during his 75-minute show when he spotted fans in distress near the front of the stage.

He asked security to make sure they were okay and help them out of the crowd. Emergency vehicles, lights and alarms flashing, cut through the crowds several times.

Images on social media showed a heavy emergency personnel presence at the scene. Police said they were reviewing video footage of the arena.

The sold-out event was meant to run for two nights, and featured acts such as Drake, Young Thug, Tame Impala, and Earth, Wind and Fire. The second day was cancelled following the deaths and police say organisers are cooperating with the investigation.

Authorities said a reunification centre had been set up at a nearby hotel for those who have not heard from loved ones following the incident.

Earlier in the day, crowds at the festival had rushed to a VIP area, knocking over fences and reportedly trampling some people who fell but no serious injuries were reported at the time. More or less 50,000 people were attending the festival that turned into a horrible event.