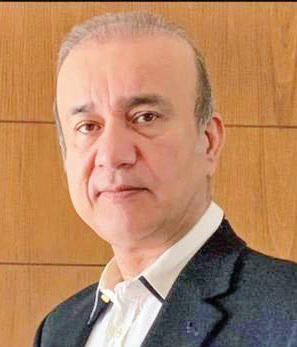 Numerous indicators suggest, finally, the Establishment has decided taking on former Prime Minister Imran Khan. Having been ousted from the office, Khan and his party, many thought, was treated ‘politely’ by the Establishment, despite their unsheathed assaults on the Army Chief. Lest it be construed as a personal vendetta, the Chief did not react to naked attacks on his alleged role in ousting Khan from power. While everything looked favourable for Khan, he failed to recognize the line separating the individual and the institution. His aggression earned him many a victory but then he didn’t know where to stop. It was on August 2nd when in a helicopter crash six army officers including regional corps commander Lieutenant General Sarfraz Ali, embraced martyrdom; the reaction of many PTI trolls was simply appalling, enraging the institution that interpreted it as crossing the proverbial red line. Those who wanted to sternly deal with Khan, got an argument.

True, Imran Khan was propelled to power with the help of the garrison, a process that reached its zenith in 2018 when Khan’s arch rival Nawaz Sharif was jailed before the elections. During Imran Khan’s rule, the collaborators of the hybrid system used a code-word, the same page, underlining the cordial relationship between Khan and the Establishment. Because of this dodgy background, many friends and foes, ignored Imran Khan’s personal traits responsible, at least partly, for his rise in politics. He is a fierce fighter, resolute and aggressive. His narrative making skills are simply unparalleled. He came up with a mindboggling narrative of ‘regime change’ by USA, and overnight popularized terms like imported government, beggars, slaves and haqeeqi azadi. He sets the political agenda and his opponents merely react. Far ahead of his political rivals when it came to the efficient use of social media, Imran Khan achieved perhaps his biggest political victory, purely on his own, in the 17th July Punjab by-elections.

After his ouster, his aggression off-balanced his rivals and it seemed the next general elections are approaching fast, particularly after the by-elections. The Establishment also felt the heat both from within the institution and on the streets. It was against this backdrop that Khan marched on to conquer one territory after another. Unlike the former leaders ousted from the office by the Establishment, Khan looked far from jail, exile or humiliation. But then came the U-turn; this time not by Khan but the Establishment. There is a list of developments in the last fortnight that points to the new strategy to handle Imran Khan. After eight years came the Pakistan Election Commission’s decision on prohibited foreign funding case. It’s a scathing decision for Imran Khan and PTI, with dangerous implications for Khan. There are at least a dozen cases that can be initiated against Khan on its basis that may lead to his disqualification, considering the apex court’s previous verdicts in similar cases, especially that of Nawaz Sharif. The Tosha Khana case, wherein Khan allegedly failed to declare his actual assets may prove fatal for Khan.

It was ensured by the mighty of the land that the PTI trolls’ video messages confessing their malicious reaction to the helicopter crash got due coverage on the mainstream media. It put the PTI on the back foot, and the message was conveyed to its unbridled media brigade that ridiculing the army through disparaging media trends would have serious consequences. A key military transfer from Peshawar was a clear signal that the last ‘same page’ in the country was no more, and that the PTI will have to share power in the KPK. (A couple of days after this change, Imran Khan talked about the return of the TTP and the ‘sudden’ threat it posed to the country). Five key officers appointed by the former DG have been removed from their positions in the premier intelligence agency – so that the agency could pursue its future goals in unison.

Shehbaz Gill’s arrest for allegedly inciting sedition in the ranks was another indicator of the mood of the mighty. The decision to off-air ARY news and a couple of pro-PTI news anchors fleeing the country could also be understood in the same light. Even the dollar plunge, insiders insist, was a result of the intervention of the stakeholders.

Imran Khan said in a recent speech that there were efforts afoot to disqualify him to put him in the same boat as Nawaz Sharif, and then treat them equally – either both stay disqualified or both participate in politics. It seems Imran Khan’s analysis is spot-on!