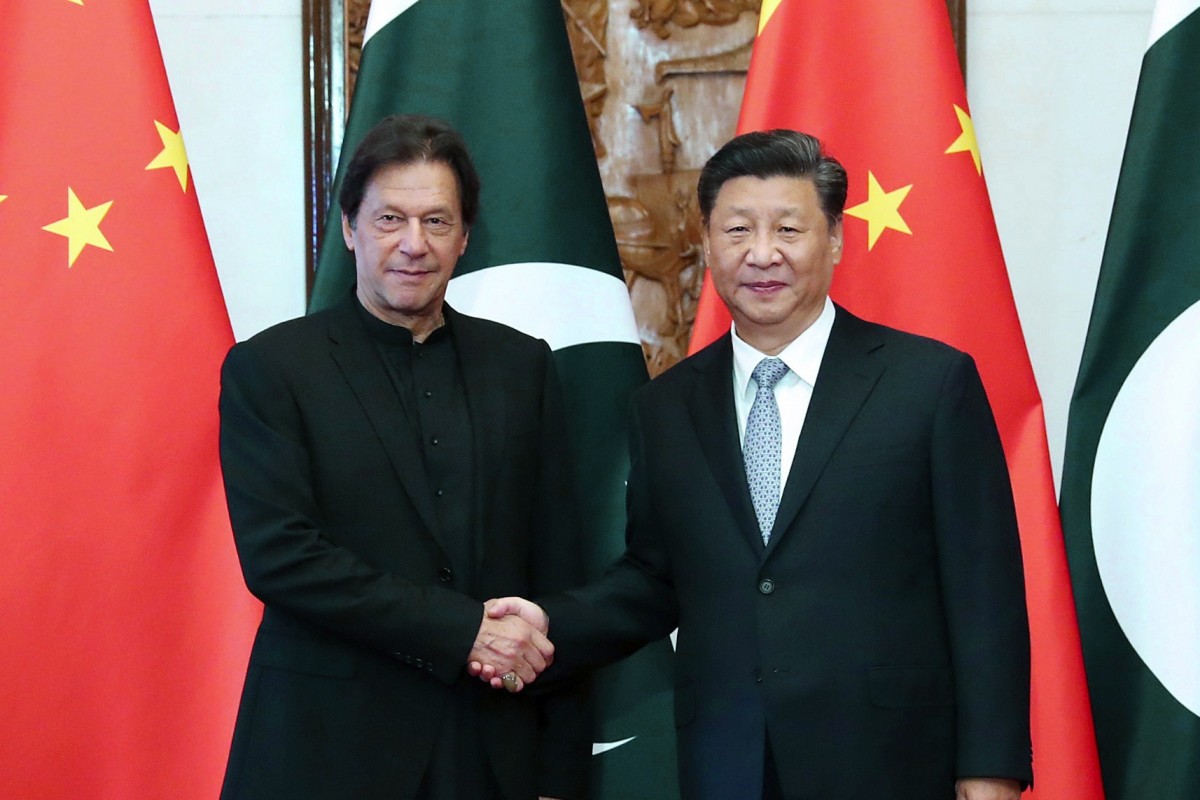 THINGS  ARE  HEATING  UP between China and the United States. With the present prevailing mindset, the relationships between the two countries are likely to worsen in the foreseeable future with intermittent hiatus. The US is leading the charge by pursuing anti-China policies. The US is not only intensifying trade war with China but is also following a policy of containment of China. To achieve this objective, it needs to work on at least two fronts.

To comprehend how China can be contained effectively, one needs to under-stand the channels that are available to China for reaching out to the world. There are two main routes available to China. One is through the South China sea on the east and the second is China Pakistan Economic Corridor (CPEC). Unless these channels are plugged, China cannot be encircled.

The US considers that it is in a strong position in the south China sea with its military bases in South Korea, Japan, and Guam along with its allies in the pacific ring. To bolster its strategy to encircle China, the US is forging a strategic partnership with India that could help block the Strait of Malacca in tandem with other US military assets in the area as well as disrupt CPEC.

In case of war or increased rivalry between the two, things can become very difficult for China to move around both its strategic

assets and trade goods. Presently, most of China’s trade is carried through the south China sea under the watchful eyes of the US and its allied forces. Any disruption of these trade routes can incur a colossal loss to China’s economy shattering its dream of becoming a future economic and military power. China knows its predicament. To avoid increased tensions, and the possibility of a new cold war, it is willing to work under the leadership of the US as it has been doing so for the last many decades. This could ensure the continuation of the inflow of investment and technology to China. China knows that diverting its resources away from economic development could be crippling and will put a break on its journey to become a great economic power. War with the US is not an option for China and vice versa. Promoting influence in the world through soft power is the cornerstone of China’s policy.

So, if this is the case then what’s the problem? The problem is that the US feels its position threatened as the sole super-power, both militarily as well as economi-cally, and therefore naturally resistant to any change in the world order. The US cannot countenance a world lead by China. The US thinks that it is left with only a small window of opportunity to blunt China’s influence and economic progress. If it is not stopped now, it would be ever more difficult in future to do so especially once China cross a certain threshold of economic and military power. To achieve this the US is waging trade war with China, limiting Chinese firms’ access to American markets, and forging new strategic partner-ships in the Middle East, south and South East Asia.

The new China policy of the US perceives Pakistan as a hindrance to its objectives and explains, partly, why US policymakers, in their wisdom, decided to forego Pakistan in favor of India to make its strategic partner. India is conceived as a central plank of the US’s policy of encircling China and mitigating the effects of losing Chinese markets. The American policymakers are eying two advantages; access to both labor and commodity markets of India and the possible use of Indian military assets to physically impede China. The US has found a willing partner in India. The US presented strategic partnership to India as if the US is bestowing favor on India and India took it as such, though this is not the case and the sooner India realizes this the better, as it will help India to shape its policies better, free of outside influence and save India from bringing these opposing superpowers’ war on to its soil. However, instead of doing soul searching and serious analyses, two reasons propelled India to take this bait with an erroneous mindset; firstly, its history with Pakistan and China and secondly, Pak-US relationship history. Pakistan has always been America’s core ally in the region. The US has played a significant role in building up the Pakistan army. Becoming a US strategic partner, India thinks, it will be able to wean away from the US from Pakistan thus making Pakistan weak and vulnerable, therefore, more amenable to tow the policies dictated by the US and indirectly by India. This is an old and erroneous mindset because it does not reflect the changed realities of the region and the world.

India sees it as an opportunity to settle the score with China which will also allow it to emerge as a great military, economic, and technological power following in the footsteps of China and by replacing China as a manufacturing hub for the world. The recent talk of India to capture and annex Gilgit Baltistan and skirmishes on the Chinese Indian Line of Actual Control (LAC) need to be seen not only in the context of the Kashmir dispute but also in India’s global ambitions and America’s containment policy of China. To achieve these objectives India needs to have a powerful navy and capture Gilgit Baltistan to cut off the CPEC. Both these adventures are fraught with grave dangers not only to regional but international peace as well. The military and economic costs could be ruinous and might result in the dismemberment of India itself, thereby crushing the agenda of the RSS extremists. India has better options to both ward off the war on its soil as well as reap the benefits without getting involved in the clash of titans.