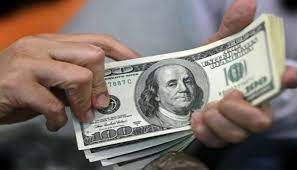 Pakistan’s much-hyped current account surplus has turned into deficit at the tail end of the year on account of a sharp increase in imports, The Truth International (TTI) can report. The country’s imports bill gradually rose to cross USD 6 billion in June 2021.

The final quarter’s rising exports brought fresh pressure on the exchange rate, causing the rupee to shed almost two rupees over the last couple of months.

The State Bank of Pakistan (SBP) was using an exchange rate anchor for making imports expansive in order to suppress demands at a time when the central bank was keeping monetary policy unchanged at the level of 7 percent in post-COVID-19 pandemic with the intention to kick-start economic activities in the current fiscal year.

Pakistan’s external account has so far been rescued by the highest ever remittances from expats in the range of over USD 29 billion that saved the country from a full-fledged crisis.

Amid Islamabad’s inability to thrash out a deal with the IMF for the revival of the halted Extended Fund Facility (EFF) program, the economic managers are scrambling to build the country’s foreign exchange reserves (FER) in order to create buffer stocks to tackle any challenging situation. In fact, this could be the key reason for Pakistan’s keenness to issue Sukuk bonds.

Pakistan has persistently failed to boost exports in the face of a psychological barrier for exports of made-ups that have stagnated in the range of USD 20 to USD 25 billion over the last one decade.

Pakistan’s current account deficit stood at USD 1.85 billion in fiscal year 2020-21 mainly because of jump in imports of POL products and food commodities. After POL import bill, the food commodities became the second largest item of the import bill as the food sector imports stood at over USD 7.2 billion after the country was forced to import wheat and sugar in bulk in addition to palm oil and pulses.

The deficit surfaced and the end of the year despite the current account balance remaining positive over the first 11 months of the fiscal (July 2020 to May 2021).

According to data of the State Bank of Pakistan (SBP), the current account deficit – the gap between foreign payments and income – stood at USD 4.45 billion in fiscal year 2019-20.

The State Bank of Pakistan (SBP) in its latest Monetary Policy Committee (MPC) meeting observed that after recording surpluses in the initial months, the current account deficit widened in the second half of FY21, reflecting the pick-up in domestic activity as well as seasonality in import payments, higher global commodity prices, and vaccine imports.

In addition, imports of capital goods rose, reflecting the improvement in the investment outlook of the economy. The rupee depreciated by around 4 percent over the last two months, largely in line with other emerging market currencies.

SBP’s forex reserves rose by USD 5.2 billion during FY21 to close at over USD 17 billion or around 3 months of imports, a 4½ year high. Moreover, SBP’s net external reserve buffers (gross reserves less forward liabilities) have risen by USD 14.1 billion since the beginning of FY20.

Now Pakistan has to repay over USD 36 billion over the medium term on account of loans and markup repayments to multilateral and bilateral creditors. Pakistani authorities are confident the IMF program would be revived as the sixth and seventh reviews under USD 6 billion EFF would be clubbed together come September.

If that does not happen, the exchange rate may come under pressures in the months ahead because the rising imports bill upends the balance of payment position.

The SBP believes Pakistan’s external financing needs of around USD 20 billion are expected to be more than fully met in FY22 with the contained current account deficit and healthy commercial, official, portfolio and FDI inflows.

As the government is eyeing a 5 percent GDP growth, there are expectations the economic activities would pick up pace in the months ahead. However, there are serious challenges confronting the national economy, not least because we are on the cusp of a fourth wave of the COVID-19 pandemic, this time fueled by the Delta variant, which could potentially upset all macroeconomic projections.

Another serious challenge for Pakistan’s economy is mounting inflationary pressures on account of rising POL and food prices in the international market. Despite being an agricultural economy, Pakistan has become a net importer of food commodities so increased demand may result in a surge in prices of food items.

The POL prices in international markets have also witnessed increasing trend so the government would be left with no other option but to hike oil prices in domestic market so uptake in inflation is on cards. The depreciation of rupee against dollar will also increase inflationary pressures in the months ahead.

Now the government is all set to make last ditch effort for the revival of the IMF’s halted EFF program and efforts are underway to convince the Fund staff to go easy on some of the program conditionalities.

Pakistan would like to avoid hiking of power and gas tariff as well as easing of the FBR’s ambitious tax collection target of PKR 5829 billion without taking any additional revenue measures in shape of mini budget in fiscal year 2021-22.

If the Fund is not prepared to listen, Pakistan may have to swallow all the bitter pills to put the IMF program back on track and steer the economy out of crisis mode. Otherwise, the IMF program may be suspended and the government’s compulsion to go on a spending spree ahead of the next general elections may further widen internal and external accounts deficits. If that comes to pass, the next government will have to seek another IMF’s adjustment program to stabilize the economy through adoption of tight monetary and fiscal policies.