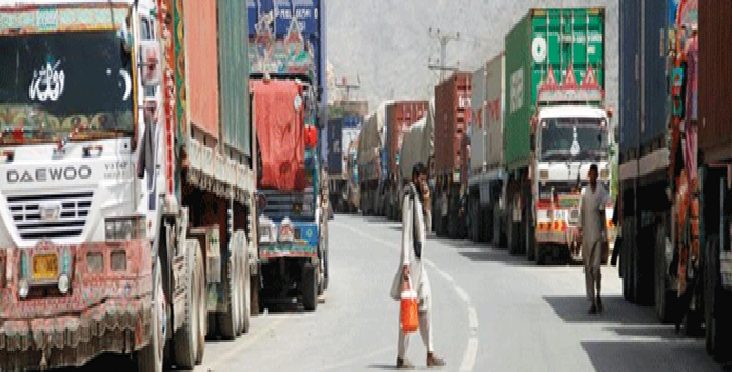 The report views the Afghan transition to Taliban control a positive development that “finally puts an end to the uncertainty over the political future of Afghanistan”.

“In contrast to what had been feared, the Taliban seek to present a moderate face by offering general amnesty to masses, preserving the infrastructure deployed in the past 20 years while remaining mostly in compliance with agreements forged with the international community, opening up possibility of international recognition of the new political setup”, says the report, noting that China, Pakistan, and Iran are on the same page on maintaining stability in Afghanistan.

“Major regional powers in the region like China, Iran and Pakistan have all showed a willingness to work with the new setup in Afghanistan and help maintain peace in the region”, notes the report. “The geographical and political dynamics have changed significantly since the last time Taliban government was in power in Afghanistan with China establishing its strong presence in the region through economic corridors in Pakistan and also in Iran”.

The economic corridors in Pakistan and Iran connect landlocked Afghanistan (and the central Asian Republics) to sea lanes via their seaports, allowing them access to global markets. Says the report, “The integrated economic interests of major powers in the region will help bring these players closer and work together and potentially bring peace and economic prosperity in the region.”

“With Pakistan likely being the preferred partner for the West amongst the Russia-China-Pakistan-Iran quartet to keep its influence (in some form) in the region, strengthening of relationship could unlock some concessions in medium- to long-run while improving prospects of Pakistan’s status with global agencies (IMF, FATF, etc.)”, it adds.

The change has implications for Pak-Afghan trade as well. Pakistan’s net trade with Afghanistan stands at a miniscule USD 804 million, mostly consisting of food-related items while cements, pharma, and aluminum cans occupy a minimal share. We do not expect any material impact on cements given the robust domestic demand and coal alternatively imported through sea.

However, the report says tighter border controls in the near term could help stem the influx of smuggled products from Afghanistan, opening up prospects for local players such as in auto parts including tires etc., and consumer items.

The report says the KSE-100 index is likely to remain range bound in the near term, potentially following global markets where any correction should be taken as an opportunity to accumulate, given the market is currently trading at an unjustified P/E of 6.0x.

Further, the potential positive idiosyncrasies related to lasting peace in the region may help expand market multiples in the medium and long term. Currently, the market trades at a forward multiple of 6.0x and offers a dividend yield of 7.6 percent.

From Pakistan’s vantage point, the peaceful transition has so far ended concerns for a Civil war that could have resulted in unrest on our western border, increasing law and order risks and potentially putting our CPEC projects in jeopardy.

Equally important, the threat of an influx of refugees that could further put pressure on already strained fiscal side has been averted for now.

From the investment point of view, the report says the fall of Kabul in the hands of Taliban may not turn out to be as negative as feared earlier, especially if the major powers in the region show willingness to work together. “Though still early at this point, a stable and peaceful Afghanistan will have positive spillover effects for Pakistan and the region at large”.