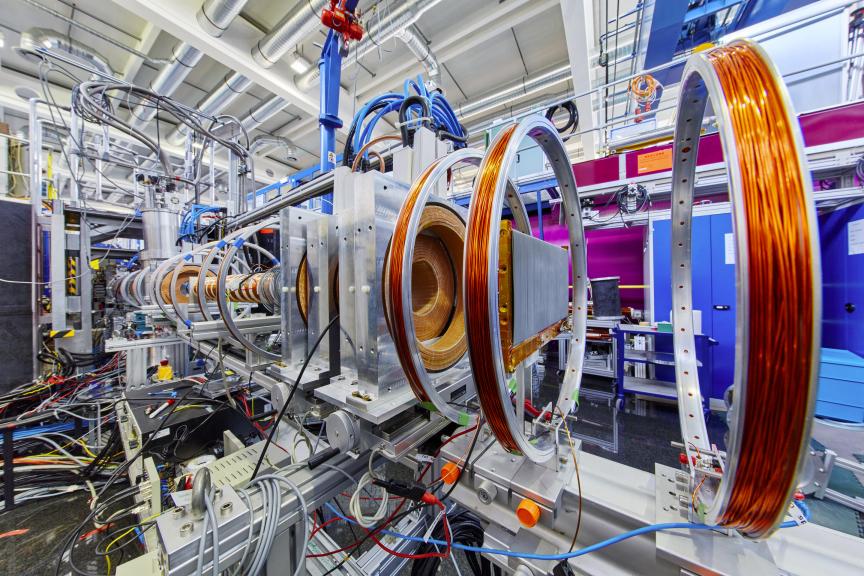 ISLAMABAD: Large-scale manufacturing (LSM) grew by 4.85 per cent in February reflecting a slowdown in the industrial output, data released by Pakistan Bureau of Statistics showed on Tuesday.

On a month-on-month basis, big industry production contracted by 4.15pc.

The LSM expansion slowed in January after posting double-digit growth in December and November on the back of higher automobile, cement products, and one-time sugar output which reflects the revival of industrialisation.

The medium-term Budget Strategy Paper, released on Tuesday, showed that the LSM surpassed its pre-Covid level of production in January, exhibiting 9.1pc growth on a year-on-year basis (negative 5.7pc in January 2020) while on a month-on-month basis it increased by 5.4pc in January 2021 (13.5pc in December 2020).

Since July 2020, the LSM has rebounded after suffering months of a downturn on account of Covid-19 mainly in the construction, textile, food, chemicals, non-metallic mineral products, automobile and pharmaceutical sectors. The uptick during the eight months of FY21 reflects a revival in economic activities.

The PBS snapshot of the manufacturing activity showed that eight out of 15 sub-sectors in LSM rose during the month under review. Low-interest rates and reduction in duties on raw materials are expected to further spur economic activities in the current fiscal year.

Sector-wise, production of 11 items under the Oil Companies Advisory Committee was up by 42.66pc year-on-year during February. The 36 items under the Ministry of Industries and Production rose by 3.16pc, while 65 items reported by the provincial Bureaus of Statistics were up 4.83pc.

LSM represents nearly 80pc of the country’s total manufacturing and accounts for nearly 10.7pc of the national output. In comparison, the small-scale industry makes up for just 1.8pc of GDP and 13.7pc of the secondary sector.

As per the PBS data, sub-sectors excluding trucks and buses within the automobile sector posted massive growth in February from a year ago. Production of tractors rose by 42.47pc, jeep and cars 37.24pc, LCVs 37.19pc, and motorcycles 16.85pc during the month under review. The production of trucks dipped 17.01pc and buses 19.70pc.

The cement output also grew 11.68pc during the month under review on the back of greater demand following the start of construction activities and increase in exports from the country.

The production of paints and varnishes was up 44.10pc. Sugar production is up by 1.10pc in February from a year ago due to end period of the sugar crushing season.

On the other hand, vegetable ghee, and cooking oil production dipped by 5.73pc and 2.06pc, respectively. The production of tea was dipped by 11.53pc while the wheat and grain milling output grew 65.92pc.

The data for February showed that output of petroleum products was up by 7.94pc. The output of two oil products — petrol and high-speed diesel was up 55.40pc and 81pc, respectively whereas kerosene oil production increased by 27.91pc, jet fuel oil 13.90pc and LPG 31.36pc, respectively.

The production of other petroleum sub-products declined during the month under review.

In this article:LSM, Pakistan Bureau of Statistics (PBS), PBS