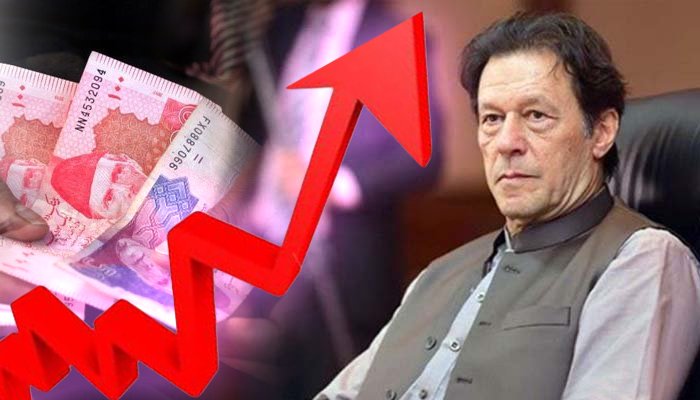 After leaving the common citizen at the mercy of the market forces for three years, the government of Prime Minister Imran Khan has apparently decided to take the bull of inflation by the horns, announcing massive cuts in the prices of major food items and indicating a return to the magisterial intervention to stem profiteering.

Addressing a hurriedly called press conference Finance Minster announced PKR 40-50 per kg cut in edible oil prices assuring that sugar will be available at PKR 89.75 per kg and the flour at PKR 55 per kg. The government is also mulling restoration of the magistracy system that had been in force since colonial times to keep prices of essentials stable but abolished by the Musharraf regime.

Government’s focus on inflations also reflects in its raising policy rates by 0.25 paisa and vowing to discourage the import of non-essential luxury items so as to bring import bill down.

By announcing massive cuts in the prices of essentials with highly inelastic demand, the government probably wants to assure the people it has abandoned the hand-off approach towards inflation. A related signal is that it is ready to deviate from the path suggested by the international lenders, the IMF and World Bank, which insist on removal of subsidies for the sake of fiscal stability.

The Covid-19 pandemic last year led to shutdowns, affecting industries, businesses and transportation around the world, and significantly reducing oil consumption. Under these circumstances, the PTI government tried to benefit the people by lowering oil prices.

However, as oil prices began to fall, oil dealers and marketing companies unwittingly stopped buying oil from the world market and, thereby, stopped supplies for domestic consumption. The Prime Minister

ordered an inquiry. The investigation continued for more than a year and a few months ago the matter was put to rest with the imposition of fines.

Last year, there was a crisis of wheat although the country produced a bumper wheat crop. When it came to harvesting, the government immediately bought so much wheat from the international market that there was no shortage. But despite all these measures the prices of wheat shot up.

This year is likely to see a repeat of the same pattern. Wheat prices have reportedly shot up in the open market, where it is selling at PKR 2300/40 kg, PKR 200 higher than the fixed price. Of course, the effect of rising wheat prices will be on prices of floor and the prices other eatables would skyrocket eventually.

After the government recently raised petrol price by PKR 5 per litre, about five times the amount sector watchdog’s proposed increase, the central power purchase agency has sent a summary to the National Electric Power Regulatory Authority (NEPRA) proposing PKR 2.7 per unit increase in the power tariffs.

The Utility Stores, which provide essential groceries at subsidised rates, have announced to increase the prices of various items to the worry of the people already grunting under the burden of indirect taxes and, consequently, erosion of their purchasing power.

Government spokespersons are constantly telling citizens that commodity prices in Pakistan are still lower than those in other countries in the region. This assertion flies in the face of the availability of petroleum Afghanistan at 60 Pakistani rupees per litre, even though this immediate neighbour is not an oil producing country.

Right before the government laid budget proposals in the Parliament, PM Khan seemed to have been convinced that it had become unthinkable to roll back the price hike and suggested the alternative course of enhancing the purchasing power of the people by increasing their income.

By saying so, he simply aired his belief in the market economy wherein the supply-demand mechanism determines the price outcomes.

Of course, the PM and his economic managers have been projecting liberal credentials of their government and their audience were definitely the international financial institutions who have conditioned their aid with curbing subsidies, bridging of the income-expenditure gap, and weeding out corruption in public institutions.

A recent interaction of the Ministry of Power with the World Bank has revealed that the international lending institution has linked its USD 1 billion credit line for energy projects with an increase in power tariff as of 1 January 2022.

The IMF program of USD 6 billion is under suspension right now and its restoration is believed to be linked with the power tariff hike no later than January 2022, which means the government may possibly have to increase electricity charges by RS 2.5-3.0 per unit in one go — the summary to this end is right on the table with NEPRA.

The civilian governments are ultimately answerable to the electorate as ballot box decide their fate at the end of the day. The PTI had raised the electorates’ expectations while vowing in its 2018 electoral program to bring back the looted money, curb corruption, and expand the tax net while bringing relief to the lower and middle income groups. But after the passage of three years in power.

If elector result any guide to gauge the performance of the government, the results of by-elections and recently held cantonment boards’ polls are enough to make the government realise that it has to take inflation seriously.

In the by-polls held early this year, the ruling party could not dent the support base of the opposition parties. In the recently held cantonment boards’ polls, voters were not favouring opposition party candidates were seen backing independents rather than PTI ticket holders, a development that has set alarm bells ringing in Islamabad.

The government has also delayed, for months, local bodies’ elections, which it once advocated as an alternate to the new provinces for the delivery of public goods at the grassroots level.

As local bodies’ elections are due soon and the next general election is not too far off either, the opposition camp is banking largely on the government’s failures reflected in the skyrocketing prices of edibles to improve their gains.

The Finance Minister has resisted the IFIs demand to increase electricity tariff to overcome the bulging circular debt, which is said to have led to a hiatus in both the IMF programme and the World Bank assistance package for power sector reform.

Of course, the government is walking a tightrope, meeting the demands of the IFIs on the one hand and responding to the expectations of the electorate on the other. For now, it is reluctant to increase electricity tariffs and ready for interventions to bring down commodity prices for fear of political backlash.

On the other hand, it may necessity try to deflect the pressure from the IFIs through earnest assurances regarding the efforts to reduce circular debt and cut down subsidies in a bid to secure loans. However, given the political imperative elaborated above, the likelihood of Pakistan sticking to the IFI’s prescriptions verbatim is small.