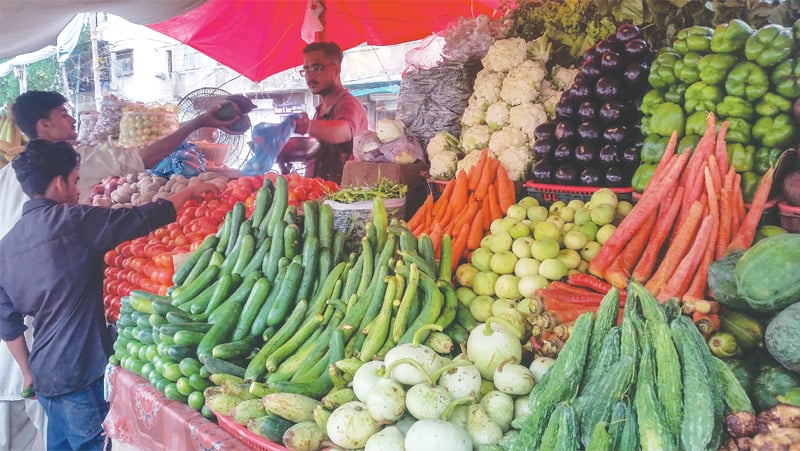 ISLAMABAD: CPI Inflation is up to over 9.05% in March – the highest rate in as many months – due to surge in prices of food and electricity, particularly in the farm areas of the country, the Pakistan Bureau of Statistics (PBS) data says on Thursday.

The data of July-March, the first 9 months of the fiscal year reaches 8.3% on year on year (YoY) basis.

The over 9% inflation rate was in line with the expectations of the Ministry of Finance.

The PBS stated that electricity rates were 31.5% higher than a year ago and almost all kitchen items recorded a double-digit rise in prices, including wheat, sugar, and wheat flour.

The prices of eggs were 64% higher than a year ago despite moderate weather across the country.

In March, the wheat prices were 35% higher, followed by 24% average increase in prices of sugar, 19% wheat flour, 20% pulses, and 17% vegetable ghee, according to the PBS.

In January 2021, the inflation reading had slipped to 5.7%, which led to congratulatory tweets from Premier Imran and Planning Minister Asad Umar. The prime minister said that the Consumer Price Index and core inflation were “both now lower than when our government was formed”.

Core inflation – calculated by excluding food and energy items – slightly decelerated to 6.3% in urban areas in March, the PBS said.

The State Bank of Pakistan has been targeting the headline inflation to set its policy rate. In the last monetary policy statement, the central bank indicated no change in the policy rate.

The inflation index comprises 12 major groups with food and non-alcoholic beverages having maximum weight of 34.6% in the basket. The food group saw a price increase of 11.6% in March over a year ago. Within the food group, prices of non-perishable food items rose 17% on an annualised basis.

The double-digit increase in prices suggested that it was not easier for the middle and low-income groups to manage the kitchen with limited resources. However, the perishable food items recorded a price reduction of over 17%, the PBS said.

The inflation rate for the housing, water, electricity, gas and fuel group – having one-fourth weight in the basket – was 8.8% last month.

The PBS bulletin revealed that the government had increased electricity tariff by 31.5% last month on an annualised basis. The cost of footwear also shot up nearly 16.2% last month as compared to the same period previous year.

The average inflation rate for July-March period of the current fiscal year came in at 8.34%, according to the PBS.

The World Bank has projected 9% inflation rate for Pakistan this year, which it said could slow down to 7% in the next financial year.