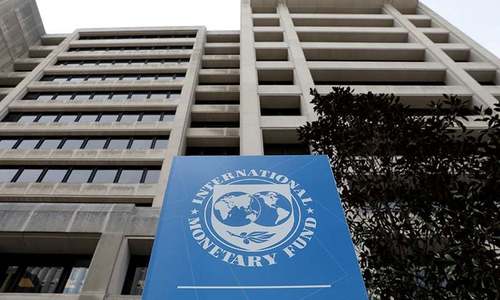 The International Monetary Fund (IMF) on Tuesday said that Pakistan’s economy might grow by 4% in the current fiscal year but projected the current account deficit at 3.1% of the gross domestic product (GDP) or over $10 billion, a figure that is far higher than the official estimates.

The global lender has given three-year estimates of major economic indicators of Pakistan in the World Economic Outlook (WEO) report that it released on the eve of the annual IMF-World Bank Group meetings.

Pakistan’s economy, which saw a 3.9% growth in the last fiscal, is projected to grow by 4% in 2021-22, the WEO report showed. However, the 4% growth rate was less than the official target of 4.8% yet it is higher than the projections made by the World Bank.

Pakistan on Friday termed the World Bank’s estimate of 3.5% economic growth in the previous fiscal year “unrealistic” and also stated that the Washington-based lender underestimated the current fiscal year’s economic growth rate at 3.4%.

The IMF report came a day before Finance Minister Shaukat Tarin is scheduled to meet the fund’s management in Washington. Sources said that Tarin will seek concessions against harsh conditions put forth by the IMF staff, during October 4-8 talks for the revival of the stalled programme.

The 3.1% of the GDP current account deficit is almost five times of the 0.6% of the GDP deficit in the previous fiscal year.

The official target for the current account deficit was 0.7% of the GDP or $2.3 billion, which has already been breached during just first two months of the current fiscal year. Over $10 billion deficit was still on the lower side compared with some of the internal assessments of the finance ministry and the independent economists.

The current account deficit was widening due to unprecedented increase in imports during the first quarter of this fiscal year. The higher deficit could lead to higher and expensive foreign borrowings, particularly at a time when Pakistan’s relations with the IMF are at a stage of make or break.

On August 13, State Bank of Pakistan (SBP) Governor Dr Reza Baqir had said that the current account deficit would not increase in a way that it would make the economic growth unsustainable.

He had also said that the current account deficit would be between 2-3% of the GDP in this fiscal year, which roughly means between $6.5 billion to 9.5 billion for this fiscal year. However, within a month, the governor had to take some measures to contain the growing imports.

The IMF has projected that the global economy was marginally slowing down to 5.9% in 2021 but it has maintained the 2022 forecast unchanged at 4.9%. It said that modest headline revision, however, masks large downgrades for some countries.

The outlook for the low-income developing country group has darkened considerably due to worsening pandemic dynamics. The downgrade also reflects more difficult near-term prospects for the advanced economy group, in part due to supply disruptions.

The dangerous divergence in economic prospects across countries remains a major concern, according to the IMF. Aggregate output for the advanced economy group is expected to regain its pre-pandemic trend path in 2022 and exceed it by 0.9% in 2024.

By contrast, aggregate output for the emerging market and developing economy group, excluding China, is expected to remain 5.5% below the pre-pandemic forecast in 2024, resulting in a larger setback to improvements in their living standards.

These economic divergences are a consequence of large disparities in vaccine access and policy support, the IMF said. While almost 60% of the population in advanced economies is fully vaccinated and some are now receiving booster shots, about 96% of the population in low-income countries remain unvaccinated.