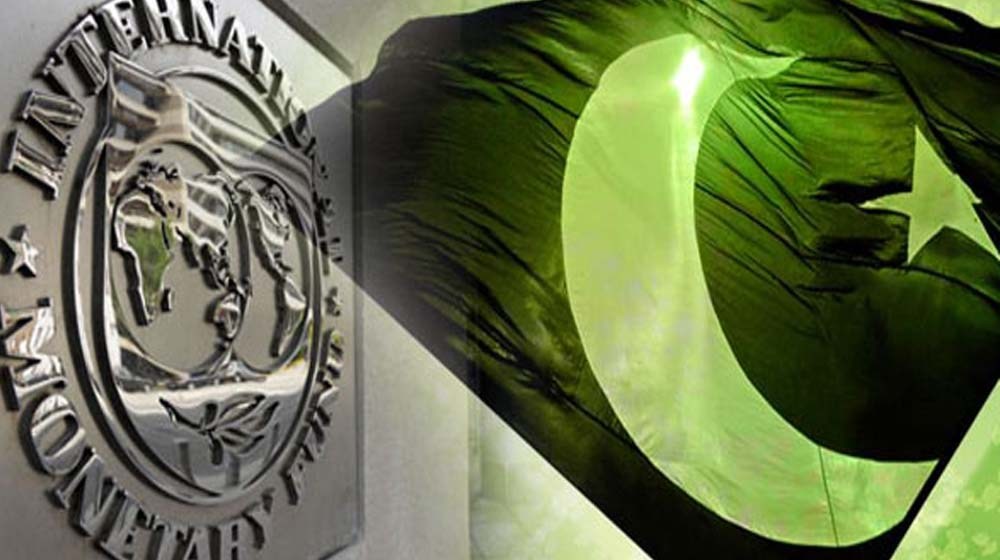 Pakistan’s economy had experienced “boom and bust cycles” on a frequent basis and every time after passing through imbalances on the macroeconomic front it landed into seeking another IMF program.

To ascertain reasons for experiencing imbalances on the economic front, whenever the economy started achieving higher growth it remained unsustainable mainly because it never fueled with raising the required investment and savings. So the country had to rely upon unsustainable avenues to fuel its growth trajectory. Secondly, the country had never made efforts to undertake structural reforms to fix loopholes so it re-surfaced after a pause of few years again and again.

The macro imbalances resulted in appearing of twin deficits known as current account deficit and fiscal deficit. In order to stabilize the economy, the prescription lies with the IMF usually folded into suppressing the demand through fiscal, monetary, and exchange rate measures. But when the IMF completed then again macroeconomic imbalances re-appeared and after few years of plunging into a spending spree again the country had to go back to the IMF program.

Pakistan had so far signed a total of 22 lending programs with the IMF including 12 Standby Arrangement (SBA), 9 Extended Fund Facility, and 1 Structural Adjustment Program. Only one program completed with success under the PML (N) regime while one program was said goodbye by Pakistan without getting the last tranche during the Musharraf-Shaukat Aziz regime in 2003-4.

All other programs remained incomplete and Pakistan was known as a “one or two tranche” country among the comity of international lenders.

Now the existing IMF program of $6 billion under the Extended Fund Facility (EFF) stands at crossroads because it was lying in, stalled-mode since February 2020 after the outbreak of COVID-19 pandemic. Although the IMF’s Executive Board had provided $1.4 billion to Pakistan under Rapid Financing Instruments (RFI) the normal IMF program could not be revived.

There were expectations that the IMF program would be revived after approval of the budget for 2020-21 but it did not happen. The government presented the budget with a signal to the IMF that it wanted to revive the program as the government did not increase salaries and pension despite immense political pressures. The subsidies amount was also slashed down in line with the IMF program.

Despite getting approval of the budget for 2020-21 in line with the IMF conditions, the Fund program could not be revived mainly because of major conditions on account of presenting a viable plan to achieve FBR’s desired tax collection target of Rs 4963 billion, fixing the energy sector problems through raising power tariff by at least 30%, erasing the monster of circular debt and undertaking legislative reforms of State Bank of Pakistan (SBP), NEPRA, Debt Office and others.

There is another view existing among the dwellers of Q Block (Ministry of Finance) that the IMF program should linger on for period as much as possible as the government wants to remain without the IMF’s tough condition in the guise of COVID-19 pandemic but at the same time, it does not want to get out of the IMF program. So, the IMF program in suspension mode suits both sides, and serious efforts will be made to revive it after the first half (July-Dec) period of the current fiscal year. However, without placing viable plans on FBR and energy fronts, the IMF program cannot be revived.

Pakistan and the IMF high-ups would have to decide whether the second and third tranche would be clubbed or a couple of reviews would have to be abandoned in order to finalize modalities for reviving back the Fund program. On the other side, the Ministry of Finance high-ups are confident that they were in constant touch with the IMF team, and when both sides evolved consensus on macroeconomic front the stalled IMF program would be revived.

They argued that there was favorable development regarding the curtailment of the budget deficit. The government was able to restrict it at Rs 3,376 billion, equivalent to 8.1% of GDP against a projection of 9.1% of GDP for the last fiscal year ended on June 30, 2020. The government was able to bring down the budget deficit because of two major factors. One was reduced debt servicing, because of lower mark up rates, while the second was that the government could not fully utilize the stimulus package of Rs 1.2 trillion.

Against budgetary estimates of Rs 2,891 billion for mark-up payment of foreign and domestic loans, the actual utilization of debt servicing remained at Rs 2,619 billion, thus Rs 272 billion was saved from this head. The second major saving came from the inability of the government to fully utilize the Rs 1,240 billion stimulus package announced to mitigate the effects of the COVID-19 pandemic. If these two heads would not have been curtailed then the budget deficit might have gone close to 10% of GDP for the last fiscal ended June 30, 2020.

Although, the PTI led regime claims it as an achievement of the incumbent regime for restricting the budget deficit at 8.1% of GDP, but in absolute terms, the budget deficit remained second highest in the country’s history. The PTI-led government jacked up fiscal deficit to a record high of Rs3,444 billion in the first year of its rule in 2018-19, when it touched 8.9% of the GDP.

The primary deficit that was considered one of the major conditions under the $6 billion Extended Fund Facility of the IMF program for Pakistan was kept at Rs 756.81 billion or 1.8% of GDP during the last fiscal year 2019-20, against the Fund’s projection of negative 3.1% of GDP. There is another worrisome development. Statistical discrepancy increased to Rs 89 billion in fiscal year 2019-20 against Rs 22.4 billion for 2018-19, indicating that it went up despite having a meagre amount in overall massive budgetary numbers, which ran into trillions of rupees.

According to a presentation given by the prime minister’s finance adviser before the federal cabinet, the total revenues were Rs 6,272.168 billion, including tax revenues of Rs 4,747 billion and non tax revenues of Rs 1,524 billion. The Federal Board of Revenue’s collection stood at Rs 3,997.921 billion in the last fiscal year 2019-20, while all four provinces collected a meagre amount of just Rs 413.617 billion.

Meanwhile, the highest refunds were paid as the government ordered the release of Rs 40 billion refunds last Monday. Current Account Deficit was brought down too from $20 billion in 2018-19 to $3 billion in 2019-20. Foreign currency reserves increased from $8.5 billion to $12.5 billion held by the SBP.

Finally, the government managed to get stamped approval of FATF-related legislations from the Parliament except for two bills that the Senate did not pass. It is yet to be seen how the FATF review responds to these developments in its next meeting expected to be held in October 2020. All these developments could only beneficial for Pakistan if it helped to revive the GDP growth on sustained basis otherwise the objectives of the creation of jobs, eradicating poverty, and unemployment will remain just a pipe dream.