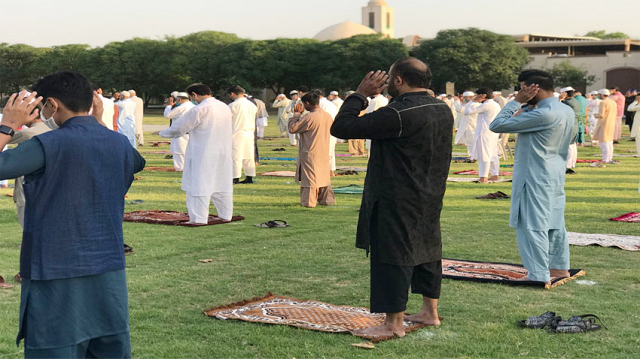 Long known to feed on bigoted nativist and socially exclusionary ideologies including antisemitism, far right groups everywhere seem to be increasingly gravitating towards islamophobia. Their rise is particularly noted in Europe and Asia.

From the British National Party in the UK to right-wing members of the Sangh Parivar in India, groups of this ilk have sought to attack Muslim cultural activities, norms, rituals and festivities during the pandemic.

The festival of Eid Ul Adha which brings together thousands of ethnicities and races worth 23 percent of the global population from Pakistan to Germany has drawn the ire of these controversial lobbies, who continue to target practices such as animal sacrifice and relate it with policies on anti-immigration and populism. Although the arguments presented and the advocacy championed today lack merit that has not dulled the populist appeal of their Islamophobic approach.

The truth is that global meat production has resulted in billions of dollars being channelled to fast food restaurants which expose the hollow arguments of the far right regarding animal sacrifices during Eid Ul Adha by the Muslim community being a travesty. By demonizing and disparaging Muslims, the far right turns a blind eye to massive inequality and citizens lacking access to basic amenities such as clean

drinking water and sanitation across the world which makes the censuring of Muslim practices of sacrifice controversial.

Hyper capitalism and corporate practices which dollarize the meat industry in many countries stand in stark contrast to Islamic practices which hinge on charitable intentions and redistribution of meat to impoverished segments of the population. Yet ironically, demonization of such practices continues to date and is promoted by entities with limited knowledge of Islam and revisionist views on the role of Muslims in Western societies.

This revisionism centres on how Muslims are proliferating in multicultural societies through population growth and Sharia law with many of their customs such as those witnessed during Eid Ul Adha being controversial. Ironically, the claim that Muslim practices such as sacrificing animals are a threat to human rights and deserve to be stopped is not buttressed by the practices which are being targeted.

Many far right parties across the United States, Europe as well as in South Asia consider the liberal leftist lobbies in their respective countries to be ‘communists’ which are threatening a capitalist order which favours the enrichment of far right cadres. One of the main critiques of capital- ism is that resources are dwindling with pervasive income inequality becoming more and more stark due to lack of govern- mental oversight of income redistribution.

If the argument of the far right is that governmental policies are discriminatory against the white or Hindu majority then Islamic practices which preach, advocate for, and promote equality are ideal antidotes to these ills. Here lies the hypocrisy and contradictions from the far right. There is no concerted attempt to understand what Islam actually has to offer.

Beef lynchings, mosque shootings, and politicians turning a blind eye to the systemic and systematic discrimination faced by Muslims in multicultural societies across the world has become an alarming trend of the current pandemic era. Many neo-Nazi groups in the United States have leveraged the effects of the pandemic to promote bigoted ideologies which promote the ‘Clash of Civilizations’ concept by Samuel Huntington. Clashes with Muslims are considered to be inevitable and a direct consequence of their presence in multicultural societies yet the understanding of Muslim cultural beliefs and norms are almost non-existent. It is clear that aversion to sacrificial practices on Eid Ul Adha from the far right is tantamount to racism and ideological perversion rather than anything substantial. Muslim practices are grounded in equality and unconditional access and nothing less.