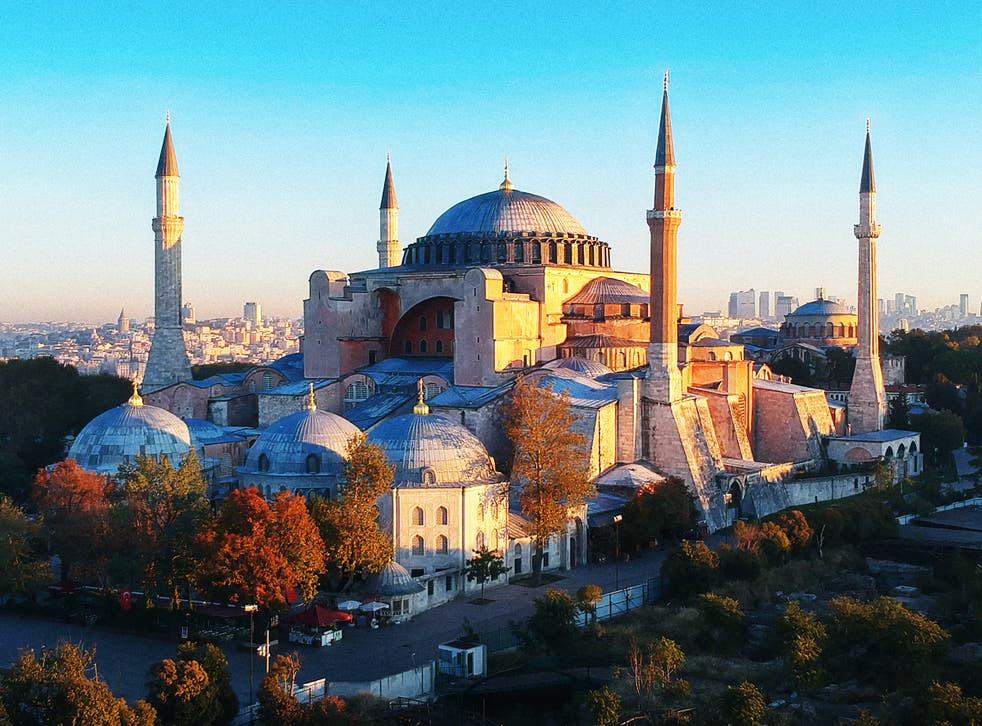 The fortunes of Christianity under Romans took a turn for the better under Emperor Constantine, who looked upon the persecuted Christians with kindness. The first recorded Christmas celebration took place in 336 CE replacing the festival of Roman Sun God Sol Invictus, which was held on 25 December every year. The following year, the Emperor converted to Christianity on his deathbed.

While he lived, Emperor Constantine supported the church financially, built various basilicas, granted privileges to clergy, promoted Christians to high offices and returned their confiscated property. He presided over the first council of Nicaea, which adopted Trinity as the only valid doctrine.

In the 4th century, the doctrine of Arianism became prevalent, which

taught that Christ is distinct from and subordinate to God the father. Arian Christianity became a firmly established faith among Germanic tribes. Later, Arianism was declared heresy and Nicene creed declared Trinity as the only valid creed.

The Nestorian Schism (431 CE) was the split between the Christian churches of Sassanid Persia, affiliated with Nestorius, the Patriarch of Constantinople, and the churches that rejected him. Nestorius and his doctrine emphasized the radical distinctness between Christ’s human and divine natures.

Later on the state church of Roman Empire rejected and persecuted them and thus church of the East was created in Sassanid Persia.

During the early Middle Ages (476-799 CE) Roman popes while maintaining nominal loyalty to the Emperor in Constantinople, also maintained relationship with the rising barbarian rulers of the former Roman provinces. Foederati and Germanic Kingdoms rose to dominate those territories. Foederati were barbarian tribes bound by a treaty with Rome, to which the Empire provided benefits in exchange for military assistance.

Missionaries from Roman Britain Spread Christianity into the Celtic areas (Scotland, Ireland and Wales.). Anglo-Saxon tribes also embraced Christianity and newly converted missionaries converted their Saxon relatives in Germania. In the 5th century, the largely Christian Gallo-Roman inhabitants of Gaul (modern France) were overrun by the Franks and faced persecution. But in 496 CE, King Clovis I converted from paganism to Roman Catholicism and urged his fellow nobles to follow suit.

Under the Frankish kingdom, Western Church increased its missionary activities. During late 8th century, King Charlemagne of France resorted to mass killings to subjugate Saxons and compelled them to accept Christianity. Under his reign and later his son’s, France experienced a period of renaissance introducing intellectual and cultural revival of literature, arts, and scriptural studies lasting till the 9th century.

Religious tensions between the Eastern and Western regions under Christianity surfaced even in 4th century. Differences arose on i) nature of the primacy of the Bishop of Rome and ii) theological implications of adding the clause “Filioque” (and from the Son) to the Nicene creed in 1014 CE.

Schisms have occurred for a variety of reasons, but mainly due to certain decisions made by general councils not reaching a consensus on disputes of the time. This happened between Byzantine East and Roman West in the early Middle Ages.

In 1054, the bishops of Rome and Constantinople engaged in a mutual ex-communication because of the theological differences and the refusal of Constantinople to accept Roman claims of primacy. These were erased from memory and the midst of the Church by pope John Paul VI and Patriarch of Constantinople in 1965.

In Roman Empire, before Christianity, spiritual and temporal authority rested in the emperor. Similarly, in Papal states, Pope’s role was religious as well as political. In late seventh century, a very significant conflict arose between secular and religious powers, known as Investiture controversy.

It started with the dispute of authority to appoint bishops (normally for life) between Emperor Henry IV and Pope Gregory VII. Usually Emperors could exploit their handpicked bishops for Political gains in the regions, which was not acceptable to the popes.

Eventually Emperor Henry IV caved in and received absolution from the Pope after dramatic public penance. Similarly, King Henry I of England had to share power with the Church in 1107 CE.

In Christian and European history, eleventh and twelve centuries were consumed by crusades, the campaigns in the Holy Land sponsored by the papacy against Muslim forces as well as warfare against Muslim forces in Southern Spain, Southern Italy, and Sicily. A third usage of crusades refers to the conversion and subjugation of pagan peoples of North Eastern Europe and a fourth meaning covers strife against the Pope’s political enemies in Western Europe and against groups of heretics.

The First Crusade resulted in the conquest of Antioch in 1099 and then Jerusalem, which remained under Christian rule till 1187. The Second Crusade (1145 CE) occurred in failure when the Edessa region was retaken by Islamic forces.

The Third Crusade resulted in the famous battles between Richard the Lionheart and Saladin (Sultan Salahuddin Ayyubi). The Fourth crusade also failed in 1202 CE when the crusaders could not retake the Holy Land In 1184, medieval Inquisition was another act of Catholic Rome, which impacted

European politico-religious scenario. Inquisition was a system of repressive means, some of temporal and some of spiritual kind, whose judgements were concurrently issued by religious and civil authorities to protect religious orthodoxy (against heresy) and social order. It was promulgated in response to movements of heresy and apostasy against Western Catholicism.

During the late Middle Ages (1300-1520 CE), Pope Gregory XI shifted to Avignon (France), but after his death another schism occurred within Catholic Church lasting from 1378 to 1417 CE, in which bishops residing in Rome and Avignon (France) both claimed to be the true popes.

Criticism of Church corruption started surfacing in thirteenth century. John Wycliffe, an English scholar and alleged heretic in 1378 began a systematic attack on the beliefs and practices of the Church. He denounced the corruption of the Church and became a precursor of Protestant Reformation.

Wycliffe further emphasized the supremacy of the Bible and called for a direct relationship with God, without interference of Priests and Bishops. Jan Hus, a Czech theologian in Prague also spoke out on similar lines.

European Renaissance also effected the city of Rome, the Papacy, and the Papal States. Besides being Head of the Church, the pope became one of Italy’s important secular rulers, and the likes of Pope Julius II often waged campaigns to protect and expand the temporal domain of the papal authority.

Popes in competition with other Italian lords spent lavishly both on private luxuries as well as public works, building churches, bridges, and magnificent aqueducts in Rome. The Church also patronized great artists for architectural magnificence. The church commissioned artists such as Michelangelo, Donatello, and Leonardo da Vinci etc. Payment of indulgences by common Christians were directed to build structures of lasting magnificence like St. Peters Basilica.