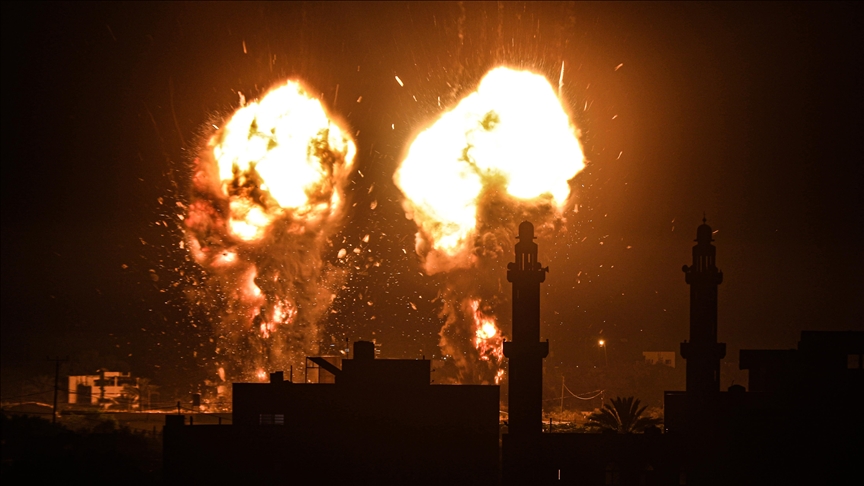 In international law, the legality of the use of force in self-defence stands on two tenets: the Caroline Paradigm (customary international law) and Article 51 of the UN Charter. David Robin has stated that the Caroline paradigm highlights three significant limitations on the use of force in self-defence: proportionality, necessity, and imminence. These basically state that the act of self-defence can only be justifiable if the harm inflicted during defence is comparable in degree to the damage wrecked against it (proportionality), that the state has used all the means to prevent the danger (necessity), and that the security threat one seeks to fend off is truly imminent (imminence).

Article 51 of the UN Charter states: “Nothing in the present Charter shall impair the inherent right of individual or collective self-defence if an armed attack occurs against a member of the United Nations.” In the light of international law, I argue that over-stylised facts and evidence, parochial claims, and the lack of solid evidence provided by western discourse clearly presents that Israel’s use of force in self-defence is not justifiable in this contemporary context.

A colossal unbalance in proportionality is resulting in disproportionate suffering for Palestinians compared to Israelis. According to the UNICEF State of Palestine Humanitarian Situation Report No. 2, released on May 18 2021, the situation had killed 65 Palestinian children in Palestine during the May 2021 confrontation, with 721 injured, while 2 Israeli children were killed in Israel, with 5 injured. The total death toll of Palestinians was accounted for at around 232, whereas the Israeli total death toll was just 12.

Israel’s airstrikes have also inflicted severe civil infrastructure damage on Palestine. Around 1,000 buildings were damaged only in a single week, and it also suspended operations at Gaza’s only coronavirus testing laboratory. Whereas Israel has suffered no infrastructure damage because of its Iron Dome technology, which cuts off 90% of the projectiles launched against Tel Aviv. For this reason, the proportionality imbalance does not favour the exercise of the right to self-defence enacted by the Israeli defence apparatus.

Netanyahu recklessly neglected rational deliberation during the 2021 attacks. As a result, Israel was not careful in upholding International law’s principles. Therefore, Israel’s claims of being the defender can be contested because of the Al-Aqsa Mosque debacle and Sheikh Jarrah’s forced eviction of Palestinians, which are, in fact, implicit acts of state aggression against Palestinians. These two incidents, which the UN Office of Human Rights has called the forced eviction of Palestinians as a probable war crime, likely led to the armed conflict between Israel and Hamas. All this puts Israel’s status as a defender under scrutiny.

Similarly, the threat from Palestine, along with the Hamas network, was not immediate. After the Oslo Accords, Israel controlled 60% of the West Bank’s security, essentially building up Israel’s traditional and non-traditional security vis-à-vis the West Bank region. Whereas the uncertain threat from the Gaza Strip is still dominant, because of the full blockade of Gaza, it has crippled the Hamas military capacity to nothing in the sight of Israel’s strong conventional and nuclear-armed force.

Ultimately, treaties and conventions have a clear standing on the use of force in self-defence. The practical applicability of the use of force in self-defence has been clearly explained so that it cannot be enacted unjustifiably. In the Case Concerning the Oil Platform, the International Court of Justice proclaimed that a state who justifies its use of force with self-defence should be liable to prove before the court that the armed attack had taken place on its territory. After Sheikh Jarrah’s forced eviction of Palestinians from contested lands, Israel’s stance on Hamas being the aggressor is weak, and the eastern discourse observes Israel as the aggressor in this conflict. Hence, under international law, Israel’s use of force in Self-defence can not be maintained in this conflict.